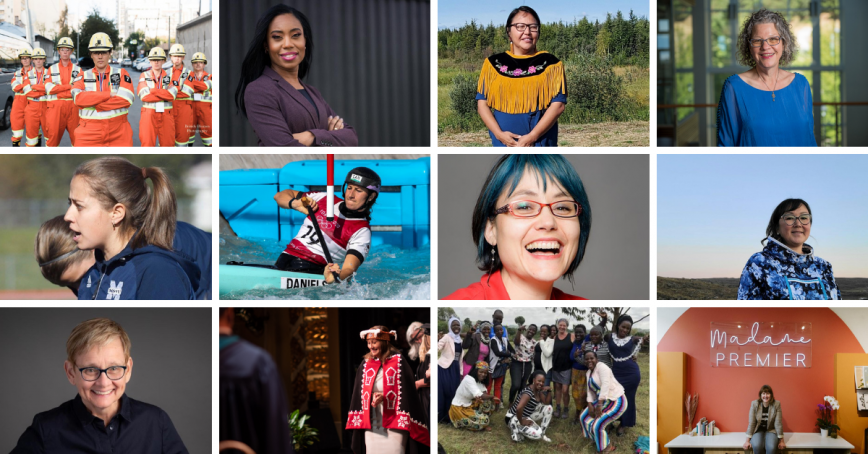 Royal Roads University celebrates the achievements and contributions of women in our Royal Roads community and the important work they do year-round to advance conversations about female empowerment, gender equity and inclusion.

In honour of International Women’s Day, we’re featuring a some our community's many women researchers, students and alumni who are taking concrete steps to create a world free of bias, stereotypes and discrimination both at home and around the world. 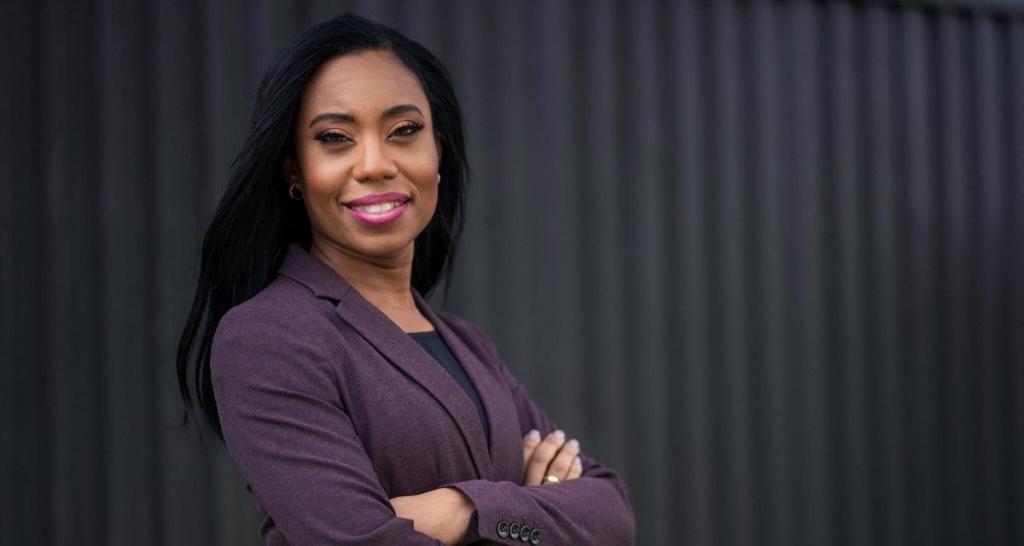 Siobhan Calderbank, a graduate of Royal Roads University’s Master of Arts in Leadership program, was recently selected for a Lifetime Achievement Award by the International Association of Top Professionals.

Master of Arts in Leadership grad Siobhan Calderbank is an example to follow, especially among Black women in business.

“I find that many other women of colour, and especially Black women, feel that they can relate to me. To see somebody [who’s Black in a senior position] gives you hope that ‘I can break through those barriers’ or ‘I can be something,’ but it’s hard for you to believe it’s possible unless you actually see it.

“That’s why I think it’s so important to provide that reassurance or that extra level of support and encouragement to other Black females in their careers… As long as we’re working collectively towards the same goal, we all rise together.”

Read the full story and find out why she didn’t have to look far for inspiration of her own in building her successful career. 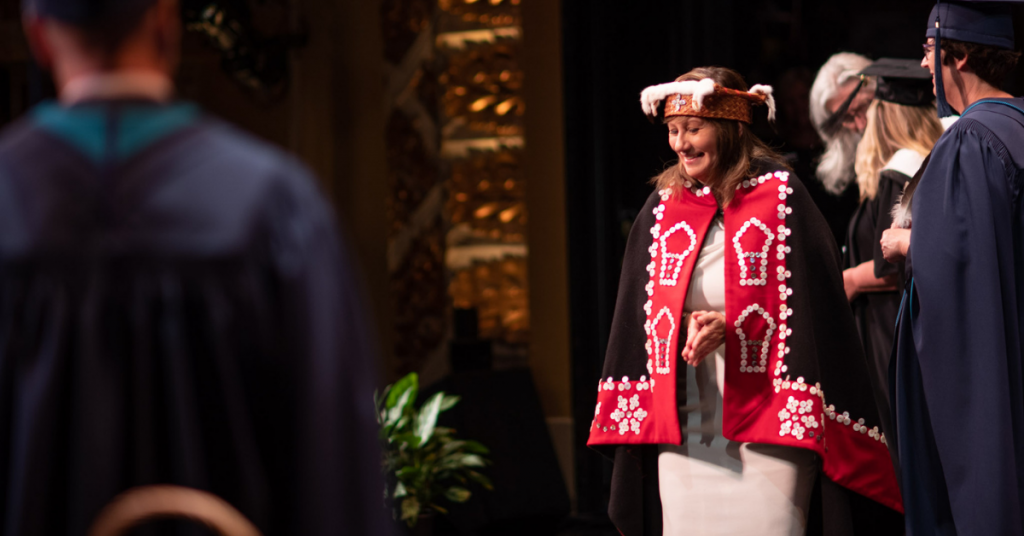 Master of Arts in Leadership alum's thesis puts the spotlight on ancestral systems focusing on women’s roles in leadership and governance in Indigenous communities.

In response to Indigenous people’s goals for self-determination and decolonization, Marcia Turner recognized the need to restore balance and traditional governance systems in communities through reclaiming women’s critical leadership roles.

“According to ancestral rights, it is women who record the knowledge, convey that knowledge to the chief to inform decisions, teach the children and mentor other women. It’s a very intentional and important practice, and a law of the Kwakwaka’wakw people,” she says.

Learn more about her research and her hopes to bridge Indigenous and non-Indigenous relationships and bring equity for Indigenous people and knowledge systems. 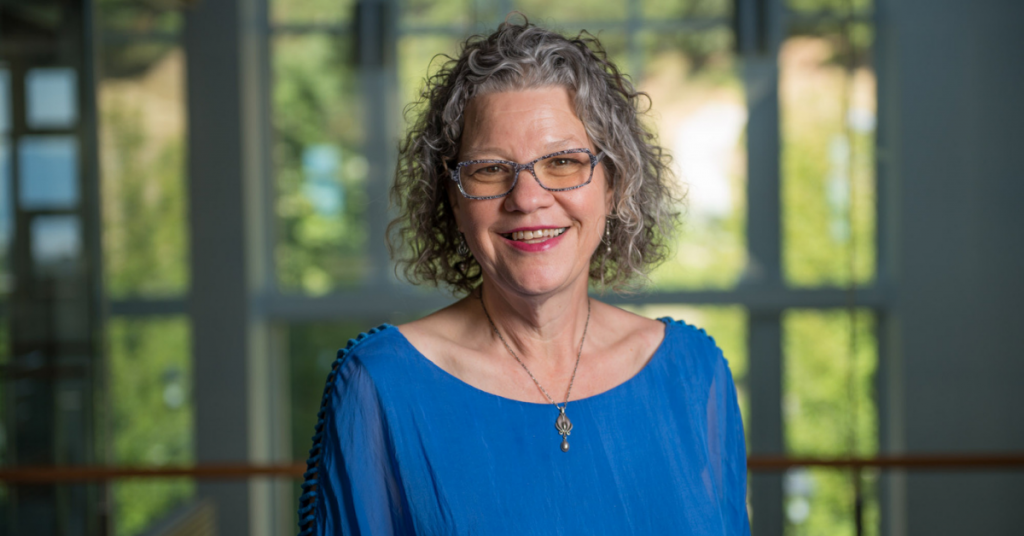 A project by Prof. Francis Jorgensen aims to collect and amplify stories of workplace incivility, including instances of name calling, blocked opportunities, or other unfair treatment.

Think of the coworkers who share a laugh at another’s expense; or the immigrant worker who is always put on toilet cleaning duty; or the female worker passed over for a promotion because her boss doesn’t think her male juniors would respect her.

They’re stories Prof. Frances Jorgensen has heard time and again, often with an ache in her heart and tears in her eyes.

Read more about her work to end workplace abuse based on ethnicity, gender, nationality, sexual orientation or transgender status. 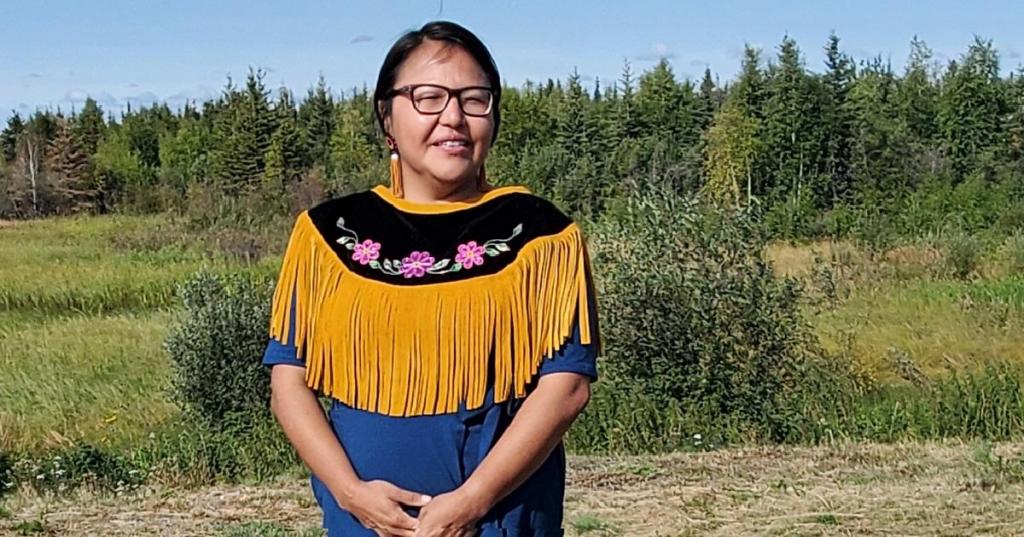 Chief-elect Doreen Arrowmaker, Master of Global Management grad, blazes a trail for women in her community.

Chief Doreen Arrowmaker is a graduate of the Master of Global Management program and the first female Chief in her community. Following her election, she reflected on her time at Royal Roads and what it meant to her in her leadership journey as she pursued this role.

“Coming in, especially being an ambitious woman trying to put my foot in the door of a patriarchal system, it's hard and there's so many challenges and there are so many raw moments that will come up, but you have to persevere.”

Read her story and learn why Royal Roads "holds a special place in [her] heart." For more, check out this Q and A in advance of her keynote address at our Design Thinking Educator's Conference. 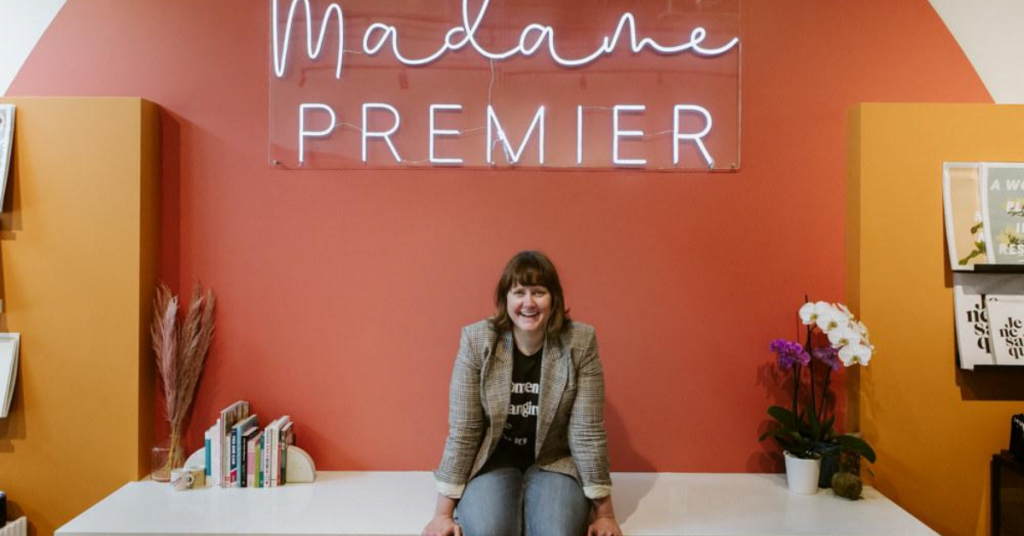 Amidst a pandemic and an election, Royal Roads alum opens Madame Premier, a retail store with a message.

From the BC legislature to the campus of Royal Roads to a store in downtown Calgary, RRU alum Sarah Elder-Chamanara’s mission to encourage women in politics is centered on her clear vision statement from merchandise sold in her store, Madame Premier. Shirts and other swag declare, “A woman’s place is in Council chambers, the legislature, the House of Commons, the Senate” and, of course, at Madame Premier.

"I really want to see more women finding ways to advocate for issues that they're really passionate about outside of party politics as well,” she says.

Find out why she made the courageous decision to open a brick-and-mortar shop in the middle of a pandemic. 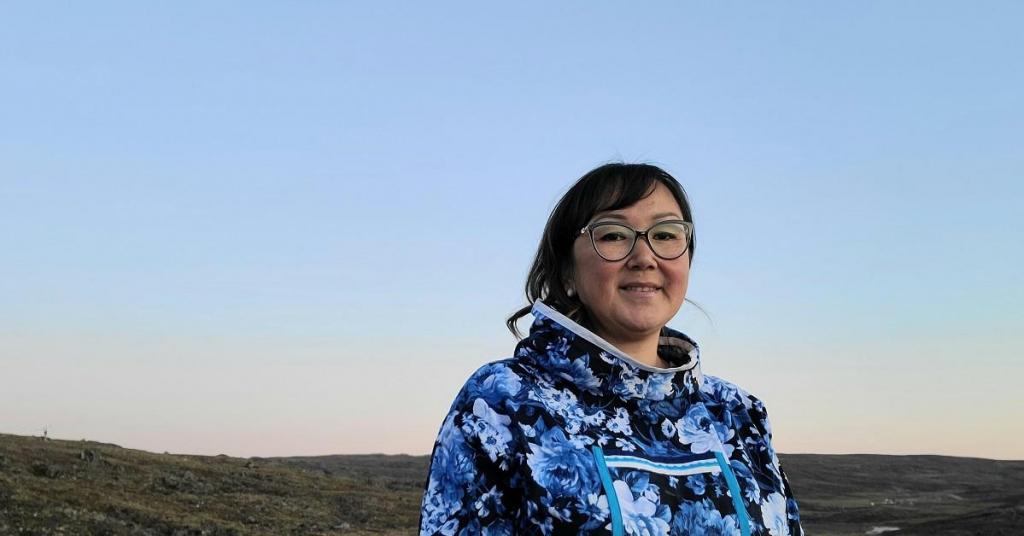 In academia, firsts for women have been falling like shards of glass ceiling for decades. And now, at Royal Roads University, another: The first all-women cohort in the university’s Doctor of Social Sciences program.

Meet some of the women part of this historic iteration of the interdisciplinary program. 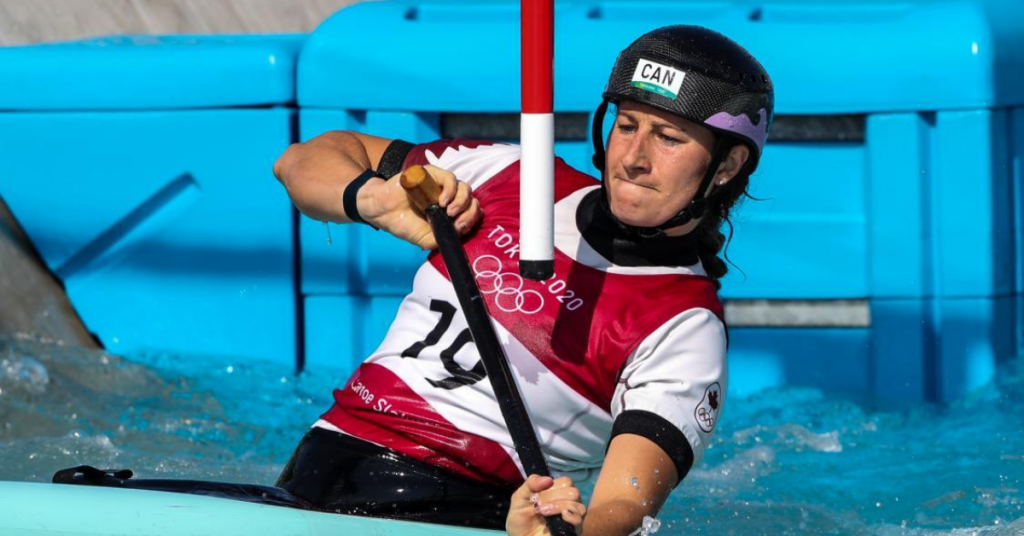 RRU's Haley Daniels fought for women's canoe slalom to be equal to men's at the Olympic level. She won that fight – and competed in Tokyo.

Royal Roads University student Haley Daniels was among the first women ever to compete in Olympic canoe slalom after she’d lobbied for years for women’s canoe events included, equal to their male counterparts’, at the Summer Games.

Read her story and find out how making Olympic history is a family affair. 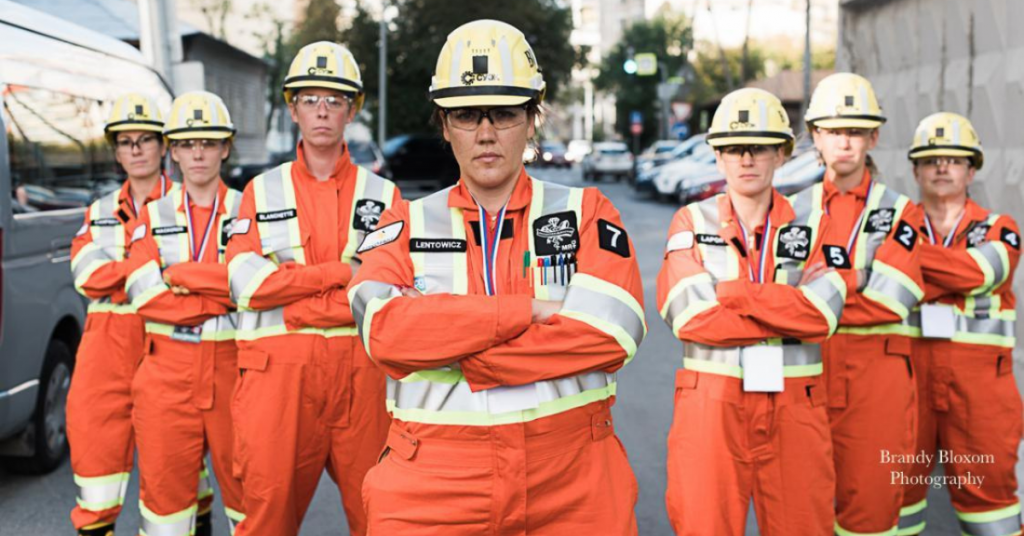 RRU alum Kari Lentowicz launched Diamonds in the Rough with colleagues Bruce Coley and Randy De Cecco. The project identifies women in Canada who are trained for mine rescue, then brings them together and coaches them so they can take part in rescue competitions at home and abroad, helping advance their careers while promoting the hiring of women in mines.

Read her story of raising the profile of women in one of the oldest boys’ clubs there is. 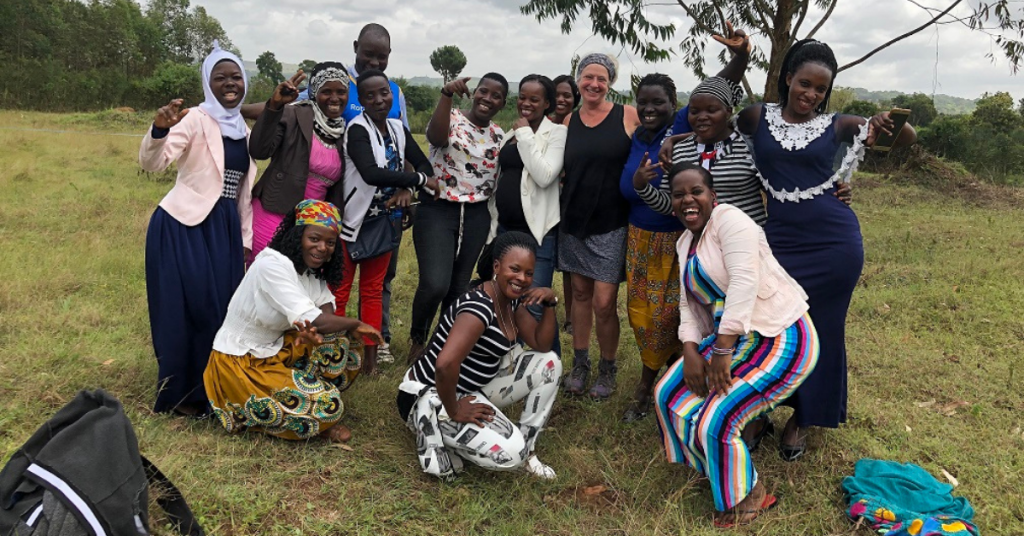 Prof. Shelley Jones is researching how Ugandan women can increase their power and participation in the economy to survive vulnerabilities of COVID-19.

Education and empowerment are often thought of in tandem. But in Uganda, could more education make women more vulnerable to economic crises? Prof. Shelley Jones speaks about her research and the complexities of women’s empowerment, especially with respect to education. 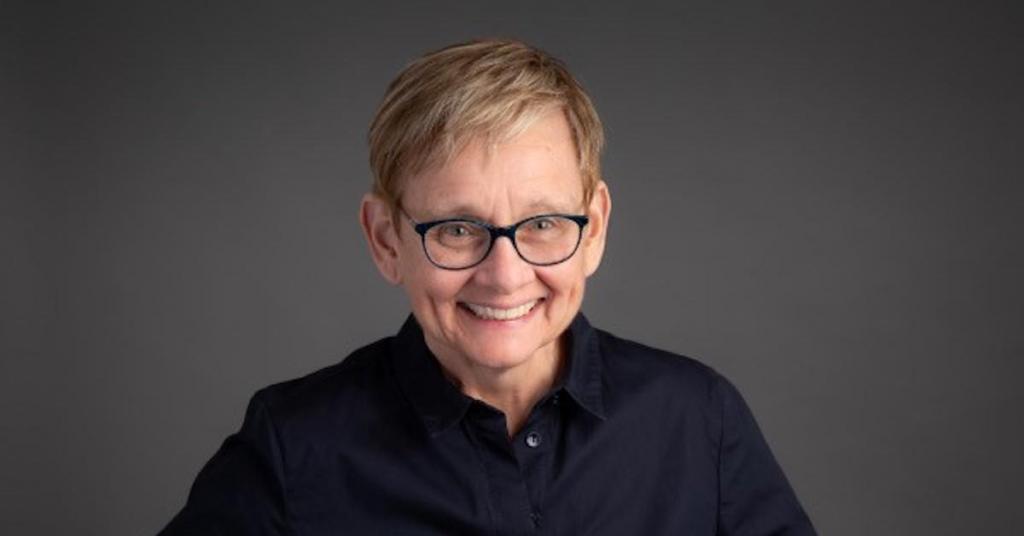 Justice Institute of BC honours Royal Roads University alum Nancy Poole for her work for women.

Nancy Poole, Royal Roads alum and director of the British Columbia Centre of Excellence for Women’s Health, was presented an honourary Doctor of Laws degree from the Justice Institute of BC in March 2021 “in recognition of her contributions to women’s health, including trauma-informed practice and the treatment of substance use and addiction.”

Learn more about her career and her modus operandi: see a problem, study its roots, search for solutions, share knowledge, rinse and repeat. 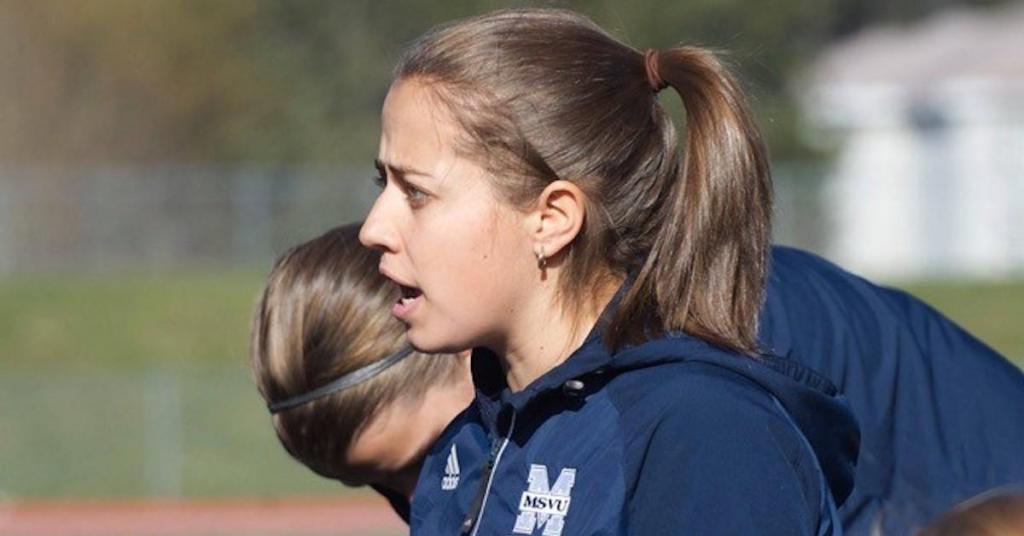 RRU alum Danielle Cyr is head coach of the women’s varsity soccer team at Mount Saint Vincent University in Halifax, NS, and even as COVID-19 has recently prevented her squad and other college teams from competing in league play, she has continued to strive towards her goal: having more women like her take on coaching roles in Canada.

Read her story and learn more about why her biggest victories won’t be shown in scoreboard lights or result in the awarding of a trophy. 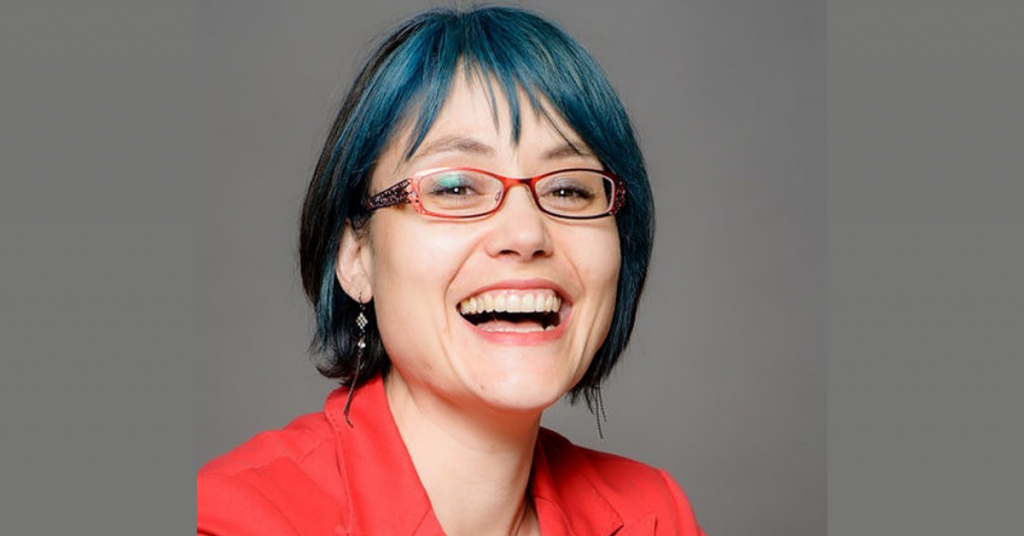 College of Interdisciplinary Studies Assoc. Prof. Jaigris Hodson's work focuses on the ways information travels or is impeded online, including the ways online harassment is used to silence women academics.

“If women feel like they can’t be on these platforms safely and men do feel they can be, men are going to get more opportunities to speak than women will. And the good work women are doing… could go unnoticed.”