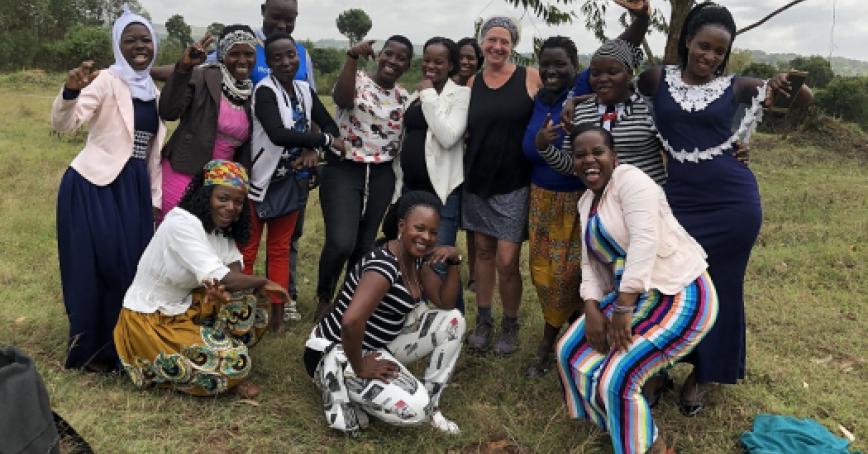 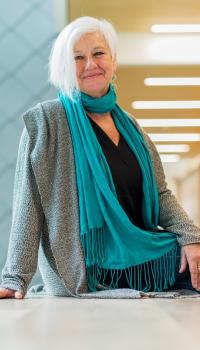 One research study turned into two and then became three, then four, five, and now six. Before Prof. Shelley Jones knew it, almost two decades had passed.

The long-term study has followed their forays into employment as well as their evolving identities. Now in its 17th year and sixth phase, 13 of the original 15 participants are working with Jones to explore how they can build resilience to crises like COVID-19, and the the harsh economic repercussions that followed its arrival in the landlocked East African nation.

As a PhD student in 2004, Jones was interested in understanding the complexities of women’s empowerment, especially with respect to education. Her work was part of a larger study on literacy practices in Uganda conducted by Canadian and Ugandan colleagues.

Her research found while schools could reduce gender inequality, they could also perpetuate it.

“There are myriad reasons girls aren’t getting equal education despite sitting in the same classroom as boys,” says the School of Interdisciplinary Studies professor and program head. “There’s teachers’ attitudes towards them and their abilities, and parents’ expectations that girls will be doing more work at home, as well as students’ own understanding of what they are able to do with their lives,” she says.

Her research has shown that while secondary schooling has given these 13 women a leg up in comparison to their less-educated peers, it falls far short of shielding them from the kind of economic vulnerability women around the world are faced with during the pandemic.

In fact, they may have fared worse because of it, Jones says.

An ongoing state of vulnerability

As is true in many places around the world, those with greater levels of education, like the women in Jones’s study, often leave their family farms in search of paid employment.

But there’s a cost, Jones says. It’s the exchange of their social safety net for a chance of greater economic opportunity.

“It was pretty disastrous,” she says of the pandemic. “They were out of work, with no income, no savings, and no social safety nets, but all their expenses were still there.”

Without the support of their rural family farms, they had to find ways to pay rent, buy food and support their children.

“They had more education than most of their peers and yet in some ways they may have been more vulnerable,” Jones says.

While women play a prominent role as business owners in Uganda, those businesses are often smaller and the first to close when faced with economic crises. And many women, perhaps most, have informal work, such as cooking or delivering food, which disappeared during the lockdown. Coupled with lower wages than men, along with a larger proportion of unpaid labour like childcare, women live in an ongoing state of vulnerability, says Jones.

Her current research project, funded by the Social Sciences and Humanities Research Council, explores how these women can increase their power and participation in the economy so they are better able to withstand and survive the kind of economic vulnerabilities exposed by COVID-19.

Working together with Ugandan Collaborator, Daniel Ahimbisibwe – who has been working as a research partner with Jones since 2004 - Jones is safely conducting her research remotely from Canada while COVID-19 travel restrictions are in place. Each participant will have received both a laptop and business training as part of a previous stage of the study, so is well equipped to engage with Jones remotely.

Through supporting the women to take an in-depth inventory of their skills and strengths, she’ll be working in partnership with them to make personal goals and to identify resources and opportunities that may help them achieve those goals.

“I’m interested in knowing what are the ways that women can begin to better support themselves to withstand crises such as that of COVID-19, or demand that they be better compensated or looked after in the society,” she says. “I want them to begin to come together to collectively share their experiences. There is a need for women to understand their personal worth and contributions so they can claim their rights.”

While her case study involves just a handful of participants, she hopes her research will contribute to a larger body of work in the area of women’s empowerment that will have far-reaching impacts.

“In conjunction with research that’s being done elsewhere, there are common threads you can weave together to get a bigger picture of more global issues that need to be addressed,” she says. “So I do think it contributes to a broader knowledge base even though these are specific to the particular lives of these women.”

And these women’s lives, over the last 17 years, have become and important part of Jones’s in a way she never thought possible – even if they only meet face-to-face every few years.

“There is no line between us as human beings. And, with the pandemic and the associated hyper connectivity, these kinds of sustained (if geographically distant) relationships are going to become more possible,” she says, noting that the idea of global feminism is no longer an abstract concept.

“I believe that these small-scale kinds of relationships can being about meaningful changes. This is how movements arise.”