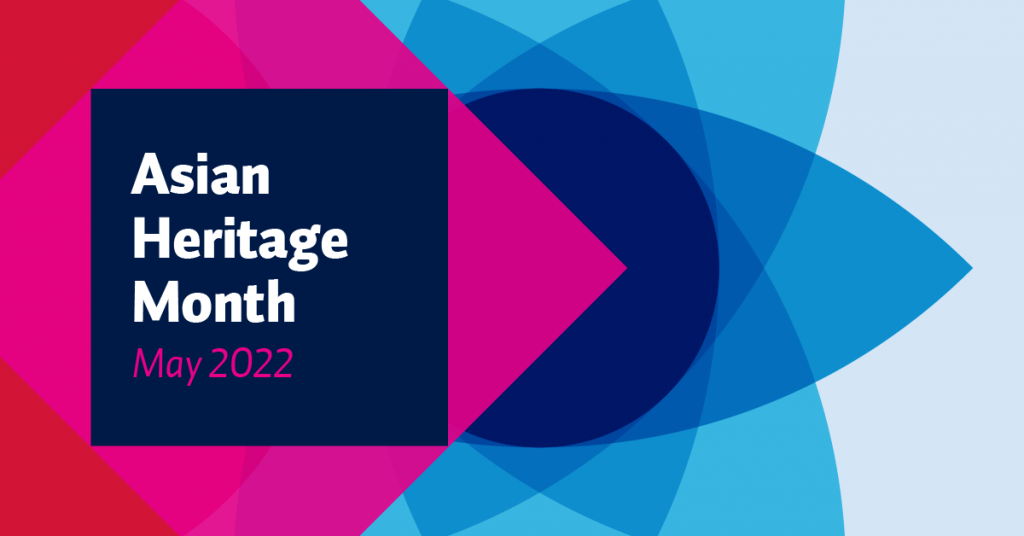 Royal Roads University honours the contributions of people of Asian descent in our university and beyond.

People of Asian descent were integral in the development of the grounds where our university now resides. Much of Hatley Park, which is now the Royal Roads campus, exists because of the labour, hard work and vision of Asian immigrants and visitors. This month we’ll be talking more about that, and how we are honouring that history.

During Asian heritage month and throughout the year at Royal Roads, we celebrate the Asian heritage that has made our university and society immeasurable richer. We join together to fight pervasive and enduring anti-Asian racism. And we remember and acknowledge our shared history.

Thank you to everyone, in particular the Royal Roads members of Asian ancestry, who contributed their time and perspectives to this page.

An engaging dialogue between Cold Tea Collective and It's Harpo.

This commemorative event showcases the innovation and perseverance of public servants of Asian descent and their impact across the federal public service. Bilingual, with interpretation in both official languages. Registration required.

May 10: Keeping the conversation going: Anti-Asian racism in Canada | Canadian Centre for Diversity and Inclusion

Showcasing the best films from Asian filmmakers locally and abroad while offering opportunities to learn and connect through film.

Open to the public. UBC Assoc. Prof. Henry Yu on reimagining BC history through the concept of “Pacific Canada”: a perspective that focuses on how migrants from Asia, Europe and other parts of the Americas historically engaged with each other and with First Nations peoples.

Students, staff and faculty at Royal Roads talk about their heritage, this month and the celebrations that make both special.

Athena Madan: "My nationality and background is imbedded in my daily experiences."

Will Nguyễn: What does Asian Heritage Month mean to you?

Master of Arts in Intercultural and International Communication student Will Nguyễn speaks about what Asian Heritage Month means to him as a student studying outside his home of Vietnam.

Amar Singh: "I celebrate my culture"

Amar Singh, a Bachelor of Commerce in Entrepreneurial Management student, speaks about the importance of recognizing the resilience of diverse Asian communities in Canada and beyond.

President Steenkamp speaks with Nelson Chan, RRU chancellor and chair of the Board of Governors, about what the month means to him personally, and as a parent and university leader.

Celebrate Asian Heritage Month by checking out one of these great books.

These short biographies highlight some of the many valuable contributions made by Canadians of Asian descent.

Produced by the Chinese Canadian Historical Society if BC and St. John's College, University of British Columbia, this film explores the experiences of four people of Chinese and Aboriginal roots.

A look at the changing face of Canadian farms from the perspective of local farmers, Chinese immigrants, and investors.

A young Chinese Canadian medical student struggles with her identity after a racist attack during the COVID-19 pandemic.

A young Canadian poet with Chinese and Persian parents travels to Iran to perform at a poetry festival.

This educational resource for teachers of Grades 5 and 9 offers a rich gallery of historical photographs, and a wealth of archival documents and personal stories that accompany five lessons at each grade level.

Watch videos, read the report and find resources to help continue the fight against anti-Asian and other forms of racism in Canada.

Under what became known as the Chinese Exclusion Act, Chinese immigration to Canada was completely banned. This legislation was kept in place until 1947, and its effect on Canada’s Chinese community was devastating.

This story details the internment of Japanese Canadians during the Second World War and the efforts which led to a formal apology from the Government of Canada.

The story of the Komagata Maru (Canadian Museum for Human Rights)

This story describes the 1914 journey of the Komagata Maru and its passengers, Indians seeking to immigrate to Canada, and the racism they faced while being denied entry into Canada.

This story, which notes the denial of voting rights to Canadians of Asian descent, details the centuries‐long struggle to extend democratic rights to all citizens.

Decoda Literacy Solutions celebrates Asian Heritage Month with this list of children's books about the stories, culture and experiences of children of Asian descent.

Asian Heritage in the Media

Victoria’s popular blossoms are a tribute to efforts by the deep-rooted Japanese community (2022, Capital Daily)

"One of the earliest cherry blossom trees to grace the streets of downtown Victoria traveled around the city on a float in the Victoria Day Parade, a celebration of the 75th year since the city’s incorporation. Members of the local Japanese community spent weeks ahead of the 1937 parade day crafting the bows and blossoms from paper mâché.

"The float won first place in the parade competition. With the prize money, the group bought 1,013 Japanese cherry trees to donate to the City of Victoria—a gift dispersed among the city’s many boulevards and parks."

We are proud to partner with universities in Korea, Japan and Vietnam