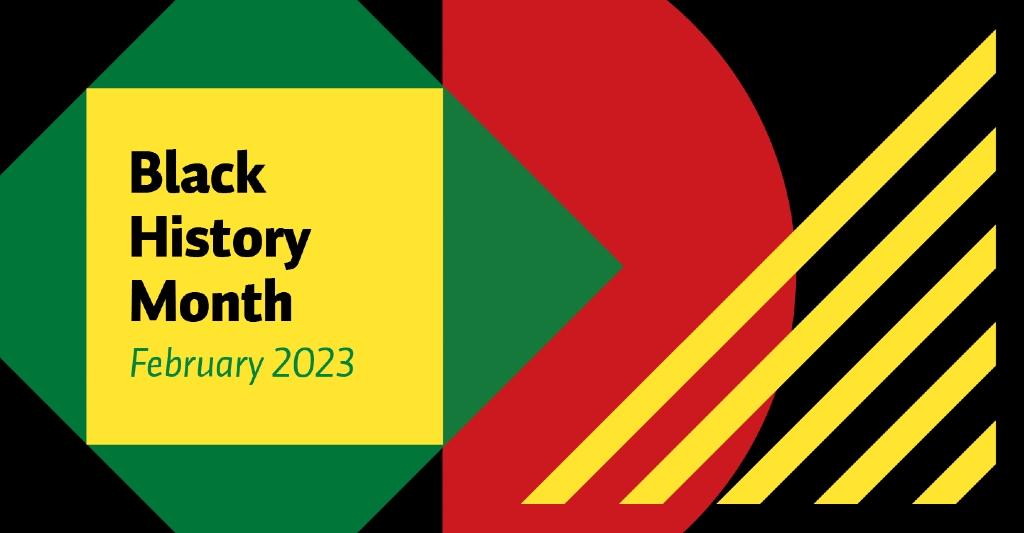 Royal Roads University celebrates the legacy, achievements and experiences of Black Canadians in our university community and beyond.

With thanks to everyone who contributed their time and voices to this page, in particular the Black scholars, learners, workers, researchers and activists at Royal Roads. A Project Toward Black Life: Teaching Black Studies in the Humanities

Join us as we welcome Dr. Andrea A. Davis, professor in the Department of Humanities at York University, for this virtual speaking event and Q&A.

Centering Black ideas, art and imagination as critical to a reformulation of the racist logic of western thought, Dr. Davis offers a model for engaging the histories of Black peoples in Canada that exceeds a simple anti-racism lens

Engage with the community and learn about some of our collective BC Black History while enjoying the wonderful music of singer-songwriter Caleb Hart. Learn more.

RRU’s partnership with the CCDI allows faculty, staff and students to access all CCDI webinars for free. Contact them and let them know you work or study with a CCDI employer partner during the registration process. Learn more.

Take this opportunity to meet and talk with direct descendants about their stories and family history. The exhibits include images, artifacts and archival documents. Learn more.

A conversation with award-winning novelist Esi Edugyan. In 2020, Edugyan was invited to deliver the prestigious CBC Massey Lectures, exploring the relationship between art and race. This incisive analysis was collected into Out of the Sun: On Race and Storytelling. Learn more.

Feb. 26, 2023: Celebrate the Power and Joy of Music at the Belfry | BC Black History Awareness Society This year's display features books, films and essays by Black creators on the topics of Black Canadian history, the contemporary Black experience, Black culture and communication, the Black post-secondary experience, Black women and leadership, Black history in law and business, and Black film and fiction.

Black students, alumni, staff and faculty at Royal Roads talk about what Black History Month means to them.

Canadian Centre for Diversity and Inclusion

The Canadian Centre for Diversity and Inclusion has resources for Canadians to acknowledge and celebrate the achievements and contributions of Black Canadians in their communities:

The Government of Canada has additional materials available on their Black History Month webpage including a digital toolkit, videos and biographies of notable Black Canadians who helped shape Canada.

Interested in learning more? Check out this list from 2022 of culture and educational resources curated by assoc. faculty members Athena Madan and Olaolu Adeleye, and other RRU community members. The spirit of this list is Pan-African, with a focus on resources published or relevant to events last year. It also prioritizes content from the RRU Library.

(Available on Netflix) Winner of the NAACP Image Award for Outstanding Directing in a Motion Picture. Directed by Chiwetel Ejiofor, based on the true story of 13-year-old William Kamkwamba’s quest to builds a wind turbine to save his Malawian village from famine.

(Available on Netflix) 2021 Oscar Winner, Best Live Action Short Film. In this Oscar-winning short film, a man trying to get home to his dog becomes stuck in a time loop that forces him to relive a deadly run-in with a cop.

A collection of 30 films by Black filmmakers, creators and allies that portray the multi-layered lives of Canada’s diverse Black communities.

“Hymn to Freedom" by Oscar Peterson and Oliver Jones (2004, Canada)

Canada’s very own Montréalais Oscar Peterson's "Hymn to Freedom" became an anthem of the US civil rights movement during the 1960s. This is Oscar Peterson and Oliver Jones’ last public appearance, playing at the Montreal Jazz Festival in 2004. Peterson died in 2007.

Winner of the 1986 Best Jazz Instrumental Performance, Soloist Grammy Award. Miles Davis released the album Tutu in 1986, dedicated to Archbishop Desmond Tutu after being inspired by his humanitarianism and activism against the Apartheid regime.

How to spark change within our unequal education system (2021, Canada)

From the Conversation's “Don’t Call Me Resilient” series. Carl James, professor of education at York University and Kulsoom Anwer, a high school teacher who works out of one of Toronto's poorest neighbourhoods, discuss the inequalities and injustices in the public education system that have been exacerbated by COVID19 – and the way forward.

From the Conversation's “Don’t Call Me Resilient” series. Roberta Timothy, assistant professor at the Dalla Lana School of Public Health at the University of Toronto, talk about her global health research project, Black Health Matters, and why racial justice is a public health matter.

Winner of the 2022 Coretta Scott King Book Awards for Author and Illustrator and a 2022 Caldecott Honor Book. Written by Carole Boston Weatherford and illustrated by Floyd Cooper, a sensitive introduction for young readers (grades 3-6) about the devastation of the 1921 Tulsa Race Massacre, one of the worst incidents of racial violence in American history.

Booklist by the Anti-Defamation League. Recommended books include picture books, chapter books and graphic novels. Each book comes with two discussion guides: one for educators and one for families.

The story of Africville, the settlement for Nova Scotia slaves who built Halifax in 1749, and which became a close-knit and prosperous community until Halifax demolished it in 1960s in what many felt was an act of racism.

A handful of collections by Black Canadian poets writing in English curated by Kerry Clare for 49th Shelf.

In tribute to Archbishop Desmond Tutu who passed away on December 26, 2021: Desmond Tutu was an indefatigable Anti-Apartheid activist and defender of peace and human rights worldwide. In this broadcast, NPR re-airs interviews with Tutu (from 1984 and 1999) about his work and philosophy that grounded his approach chairing the South African Truth and Reconciliation Committee.

In tribute to Archbishop Desmond Tutu who passed away on December 26, 2021. Desmond Tutu was an indefatigable Anti-Apartheid activist and defender of peace and human rights worldwide. In this broadcast, Democracy Now! re-airs interviews and speeches throughout Tutu’s life and advocacy about a number of global and contentious issues, ranging from South African Apartheid to the present day.

The Skin We’re In: A Year of Black Resistance and Power by Desmond Cole (2020, Canada)

Winner of the 2020 Toronto Book Award and nominated for the 2021 Shaughnessy Cohen Prize for Political Writing. In this book, activist and former Toronto Star journalist Desmond Cole examines with close-up and brutal honesty how Canada is not immune to the police brutality and anti-Black racism that is thought to uniquely characterize American society.

Whites: On Race and Other Falsehoods by Otegha Uwagba (2020, UK)

Winner of the 2020 Guardian Book of the Year. What does true allyship actually look like – and is it even possible? In this powerful and timely personal essay, best-selling author Otegha Uwagba reflects on racism, whiteness, and the mental labour required of Black people to navigate the two.

A letter from a father to his son about how to grow up navigating being Black given centuries of violence against Black bodies. Available at the RRU Library.

Powerful and deeply personal, these three essays by the great Nigerian author articulate his mission: to rescue African culture from the narratives written by Europeans, to confront the persistence of colonial views of Africa, and share stories of the African experience as written and told by Africans.

You Are Your Best Thing: Vulnerability, Shame Resilience, and the Black Experience edited by Tarana Burke and Brené Brown (2022, USA)

Anthology edited by women who founded #metoo. “How do you take the armour off in a country where you’re not physically or emotionally safe?” A collection of essays by Black writers, organizers, artists, academics, and cultural figures about navigating Black humanity in the aftermath of George Floyd and Breonna Taylor.

White evangelical racism: The politics of morality in America by Anthea Butler (2021, USA)

A 2021 Choice Outstanding Academic Title. Dr. Anthea Butler, a professor of religion at the University of Pennsylvania, discusses how evangelical racism has, since America’s foundation, divided the electorate for the purposes of propelling benefits of whiteness.

Book Club Facilitation Guide: How to Be an Antiracist by Olaolu Adeleye (2021, Canada)

The BCcampus free digital resource by Royal Roads associate faculty member Olaolu Adeleye aims to help facilitators lead discussions about anti-racism through book clubs. “The guide will help educators shift to a place of reflection: moving from rebuttal and debate to understanding and appreciation,” Adeleye says.

Designed by the Equal Justice Initiative, this website pays a daily tribute to events and people that are critically important in engaging truthfully about racial injustice underpinning American history but not well known to the American public.

In tribute to bell hooks who passed away on December 15, 2021: bell hooks was one of the leading American interdisciplinary thinkers about the function of race and gender in today's culture. In this interview, hooks discusses her work and identities in the contexts of American patriarchal history, capitalism, and white supremacy. Interview excerpt part 1 and part 2. Transcript. Titles by bell hooks at the RRU Library.

Canada: Visit the Government of Canada's website for more societies and groups across Canada.