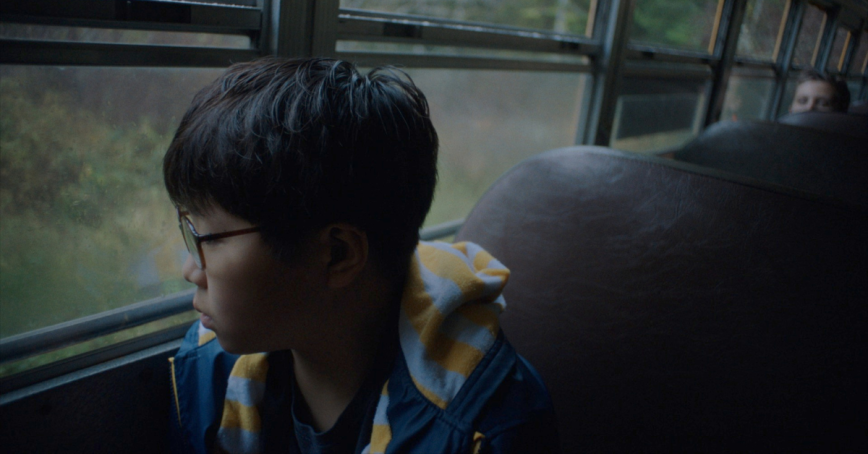 It is one thing for a filmmaker to put their name in the title of a movie, it is another for that filmmaker to present on screen their private past and pain, protected only by the thinnest veneer of fiction.

In the short My Name is Arnold, Arnold Lim has done both.

The 16-minute film, which will be shown at a sold-out screening during February’s Victoria Film Festival, tells the story of a 10-year-old Korean boy living in a rural town in Canada, showing his encounters with racism and his personal battles with shame as he tries to fit in.

A Vancouver Island photojournalist and soon-to-be graduate of Royal Roads University’s Master of Arts in Professional Communication program, Lim says the movie is semi-autobiographical — “80 to 90 per cent of what was shown on film actually happened to me in real life” — and presented him his greatest test as a filmmaker.

“When you communicate in that way, you feel naked. All is laid bare,” he says. “In some ways, it was very embarrassing for me because there really is nothing to hide behind in a film like that.” 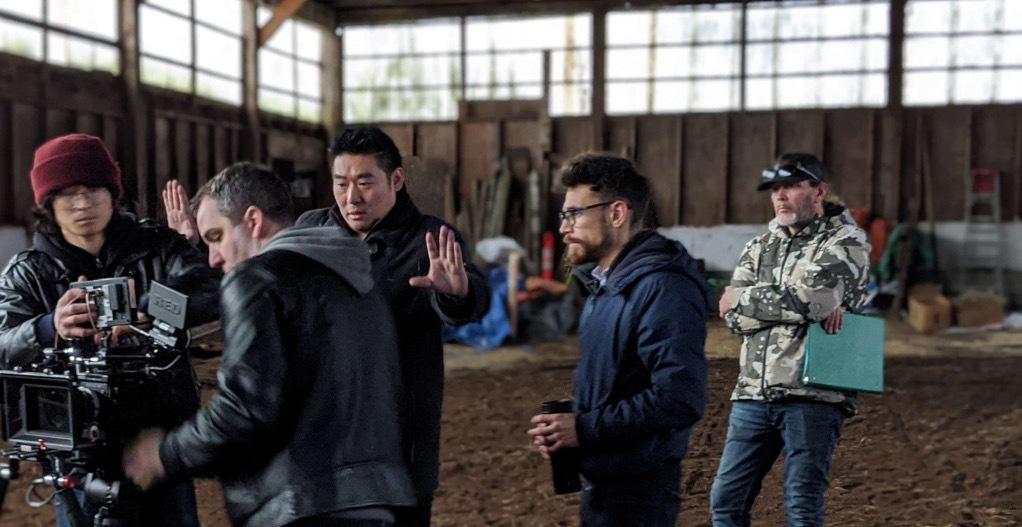 Arnold Lim on set of his feature-length film, "All-in Madonna."

In real life, Lim and his parents were one of just two Asian families in tiny Blue River, BC — he was the only Asian kid in his school — and when his parents arrived in Vancouver from Korea, they had just $5 to their name. His mother cleaned hotel rooms. His father, who had been a seafood diver, often worked as a pipe welder in Alberta’s oil fields, a job he hated because it took him far from his family.

In the film, which was shot in Saanich, Shawnigan Lake and the Cowichan Valley, young Arnold (Joo Hwan Kim in a powerful first role) lives with his single mom (played devastatingly by Jerina Son, a Korean-born Vancouver actress) in a converted school bus parked by a lake. She works in a corner store and cooks him Korean food, which he eats from a margarine tub while hiding in a bathroom stall at his school. 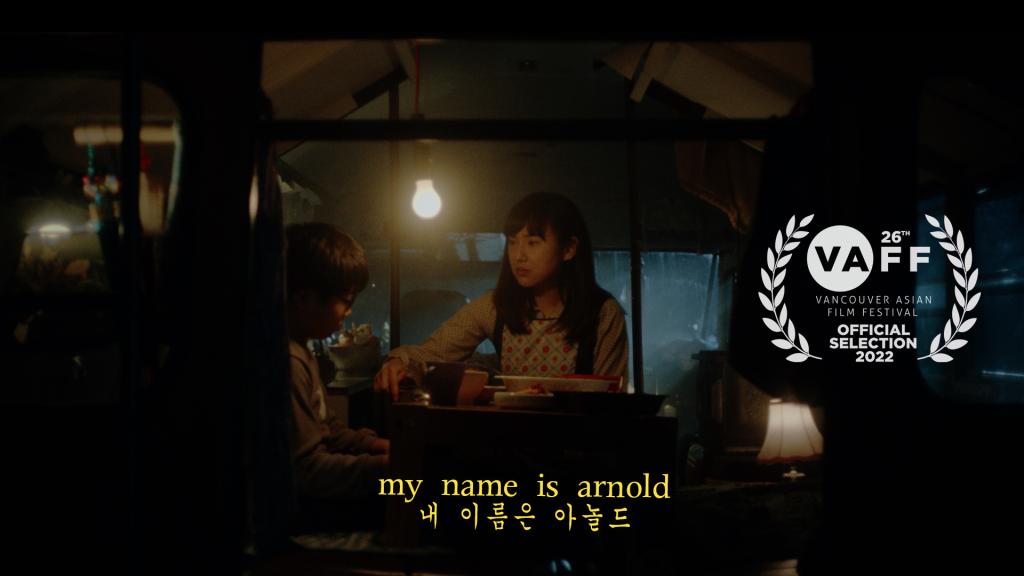 In the film, young Arnold lives with his single mom in a converted school bus by a lake.

On the school bus, the film’s Arnold is bullied and called a racial slur, and after he responds with his fists, he must hide his damaged knuckles from his mother.

One reason, he says, is that he wouldn’t have had the visual communication tools he needed a decade ago. Another: “I don’t think I would’ve been able to handle the emotional rollercoaster of making a film like this and be ready to accept both the pain and the healing of doing a film that made me feel so vulnerable.”

Despite those challenges, Lim calls My Name is Arnold, which was funded by grants from the BC Arts Council and Canada Council for the Arts, a letter to his younger self. He says the fact he had the opportunity to make it along with his other films is a tribute to his parents’ hard work on his behalf. (His mother’s work continues: she cooked for the entire cast and crew on set one day.)

He inherited their work ethic and has used that in his job as executive producer for Black Press video networks, in his photojournalism work at multiple Olympics and in his filmmaking (one of his previous films was the feature-length All-In Madonna) — and in juggling all of those roles and the Arnold filming while he worked on his master’s degree (he will graduate in June).

Lim credits his ability to earn the degree to the flexibility of the Royal Roads program, saying, “RRU really gave me the opportunity to make this course, make this program wholly mine. That’s not something a lot of schools would do or can do. But understanding that I had a career, I had a family, I had the film side of the course, they really allowed me to do the work that I needed to do in order to move my career forward.”

Looking ahead, Lim has three film projects in the works: Obscura, for which he received a Directors Guild of Canada grant, is about hikikomori and will shoot in May; the short Holdouts, funded by CineVic Society of Independent Filmmakers, will be filmed in October; and The Bryce Lee Story is in development with Telefilm Canada.

As for My Name is Arnold, which won two people’s choice awards at its first public showing during last fall’s Vancouver Asian Film Festival, Lim says he hopes to screen it on the film festival circuit.

• Watch a trailer for My Name is Arnold.