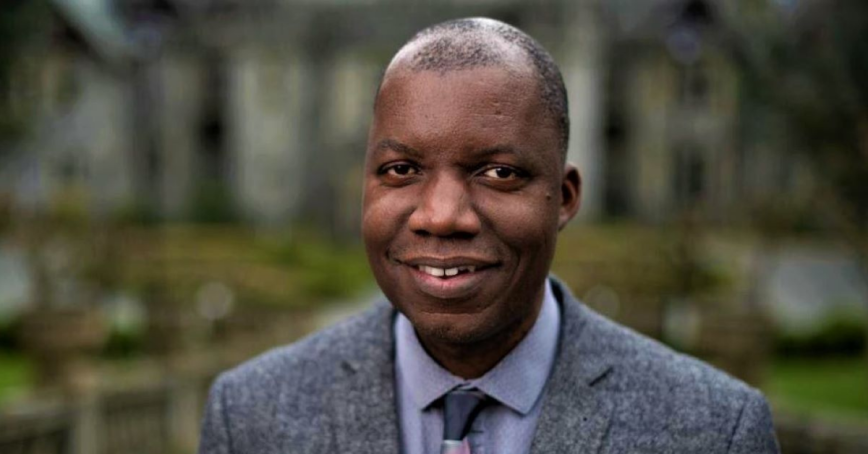 Nathan Banda is no stranger to moving. Born and raised in the African country of Malawi, he lived in South Africa for about three years before moving to Minnesota and, eventually, Alberta.

Banda is also no stranger to movement. He started his career as a health care aide before becoming a licensed practical nurse, then a registered nurse. He then completed graduate studies in nursing leadership and education and worked in administration at different levels in Alberta Health Services. He’s now the director of surgical services at Grande Prairie Regional Hospital and Queen Elizabeth II Hospital in Alberta.

And just as he has progressed in his work, the father of five has witnessed progress — movement and improvement — at work.

A doctoral candidate in the Doctor of Business Administration program at Royal Roads University, Banda was profiled last year in an RRU News article about his very personal auto-ethnographic research paper, titled A minority, Black employee's perspective on the unspoken racism in Alberta Health Services.

In it, he recounted his own experiences while working as a manager at another hospital, including finding racist graffiti on the wall of a bathroom he used almost exclusively. The message, that all Blacks must die, included a racial slur and was posted around the same time as the protests following the murder of George Floyd by a Minneapolis police officer. RCMP in Alberta investigated the hateful message on the hospital bathroom wall, but never determined who wrote it. Banda was shaken.

Banda recalls his then-six-year-old daughter telling him, “Daddy, be safe out there,” following the racist graffiti incident. He had never imagined such a worry would be expressed by his daughter, but such was the extent to which this and other racial incidents he experienced extended into his home life.

Soon after the graffiti incident, the hospital invested in safety improvements, from surveillance cameras to security doors, locks and lights, as well as a security guard stationed at the front entrance.

Banda also took steps to improve the work environment, meeting with different departments to ask what could be done to make the environment more accepting; conducting an employee survey; helping organize unconscious bias training; and forming a local diversity and inclusion council.

Since then, Banda, who was chosen as doctoral session chair for Equity, Diversity and Inclusion Applied Research at the summer 2021 RRU Doctoral Conference, says he has continued to speak out on diversity, equity and inclusion issues and initiatives, and has become a resource for colleagues across the healthcare system including sitting on the provincial Alberta Health Services Diversity and Inclusion Council as the leader of operations.

The need is greater than it’s ever been, he says. “We are becoming increasingly diverse in ethnicity, in sexuality, in our beliefs and in our values. For us to turn a blind eye to these things and assume everything is just business as usual, that doesn’t help us.

While he sees movement in his workplace, Banda says, “We still have a long way to go.”

“This enabled me to move forward with my dream”

He also has some time to go before he completes his doctorate but notes it wouldn’t have been possible without a Royal Roads Entrance Award and the financial help it brought him.

“This was very timely and important for me,” he says. “Sometimes, we fail to take steps, whether it’s on our academic journey or our professional journey, because of funding or lack of resources.”

Without the award, he would have had to put his enrolment on hold or, perhaps, never enter the DBA program. “This funding enabled me to move forward with my dream of joining this program.”

And Banda knows he’s not alone.

“There are many [potential students] out there. And some of the people, just looking at the cost of graduate education, maybe they don’t even go forward with pursuing their dreams — and they stop right there. That’s how important it is to have those scholarships, awards and grants.”