The Interconnections of Language Revitalization and Autonomy 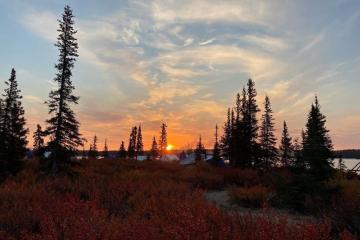 The Rough Road Ahead in Truth and Reconciliation

While she just celebrated the completion of one milestone towards this goal with others in November’s convocation, the road ahead for language revitalization has various challenges. In way of the “Dëne Sųłiné Yati language revitalization” research, a cultural exchange she partook in demonstrates the broader systems struggle for truth and reconciliation – and wins.

The Research Context to a Journey Ahead

Shawna’s research was conducted in the Northwest Territories where she has her roots. Shawna’s mother, Emmy Yamkovy (nee: Lockhart), was born in in Łutsël K'é (then known as Snowdrift), and she spoke the traditional language of the nation, Dëne Sųłiné Yati. Shawna’s family community and site of research are located on the East Arm of Great Slave Lake, about 280 kilometres from Yellowknife, currently with a population of about 350 people. As with Łutsël K'é, Shawna describes they had to fly into the camp area for the cultural exchange. These areas are accessible by boat and ski-doo in the winter. She tells of the experience at the cultural camp:

The Dënesųłiné/Māori Cultural Exchange camp was held in Timber Bay, Artillery Lake, N.W.T (named Ɂedacho Kúe, the lake of the big caribou crossing), which is on Lockhart River just off Great Slave Lake, before the barren lands and end of the tree line. It was attended by 16 Maori from New Zealand and Łutsël K'é Dene members, as well as numerous others from the Yellowknife area at one point 70 in attendance.  It was an amazing 14-day cultural exchange experience.  I was part of the coordinating, Research Student Lead, and Production Assistance with the film crew, Might for Right Productions.  Organized through Sandra/James Lockhart – Chase East Arm Adventures, the University of Alberta was a supporter, with Dr. Brenda Parlee, Department of Resource Economics and Environmental Sociology, as well as the Kaihautū Māori Research.  Along with the First Nations Education Foundation, which I am part of the funding grant received for the community to support language revitalization strategies, this facilitated bringing a Linguist, Larry Hayashi and support the film camera crew, which filmed the entire 14 days. This area is the traditional lands of my family and community, they came here for hundreds of years to hunt and my great-grandparents had cabins in this area before my grandfather relocated to in Łutsël K'é.

To keep these areas protected Thaidene Nëné (which means Land of the Ancestors) and to keep Łutsël K'é as the 'guardians of the land', there was also an unfortunate situation, which arose at the camp.  We had several hunting trips planned for the hunters by plane and were successful in harvesting many caribou.  This led to wildlife officers coming unannounced by helicopter with a warrant to search and confiscate meat portions, as they believed we were hunting in a 'no harvesting zone'.  These no harvesting zones are in order to protect the Bathurst Caribou herd.  This was a horrible experience, as the ENR officers were aggressive and disrespectful, as portions of meat were taken, which caused an unsettling situation in the camp.  For many elders this was traumatizing as they had lived experiences of similar situations, prior to the implementation of constitutional protections for Indigenous rights in Canadian law.  The N.W.T Supreme Court later threw out this warrant and now the Łutsël K'é Dene First Nation is seeing the next course of action. This is one episode of the ongoing control and intimidation of Indigenous peoples on their lands, while they harvest.  This raid was unwarranted, as the hunters are experienced and no caribou went to waste.  I witnessed this as every piece of the animal was respectfully taken and a big celebration and feast to celebrate the hunt occurred.  We were able to come together as a group after this incident and still had a successful camp.

While the throwing out the warrant is a win, it is important to remember that surveillance and its mechanisms of control comprise what Foucault described as ‘governmentality’. Asch (2007) references Li where she asserts the will to govern is expansive and suggests that government will confirm itself through ensuring observation of, for example, practices, programs, or laws. He points out: “In this, Li succinctly describes Foucault's insistence that, while government is hegemonic, it is not (yet?) in complete control. As Foucault puts it (1983:221), ‘practices of freedom’ remain in play….” (p. 284). The impacts of the experience are deeply felt, and in line with refusal Chief James Marlowe of Łutsel K'e Dene First Nation says the N.W.T. government needs to apologize and help his community heal (see Dulewich, 2022). 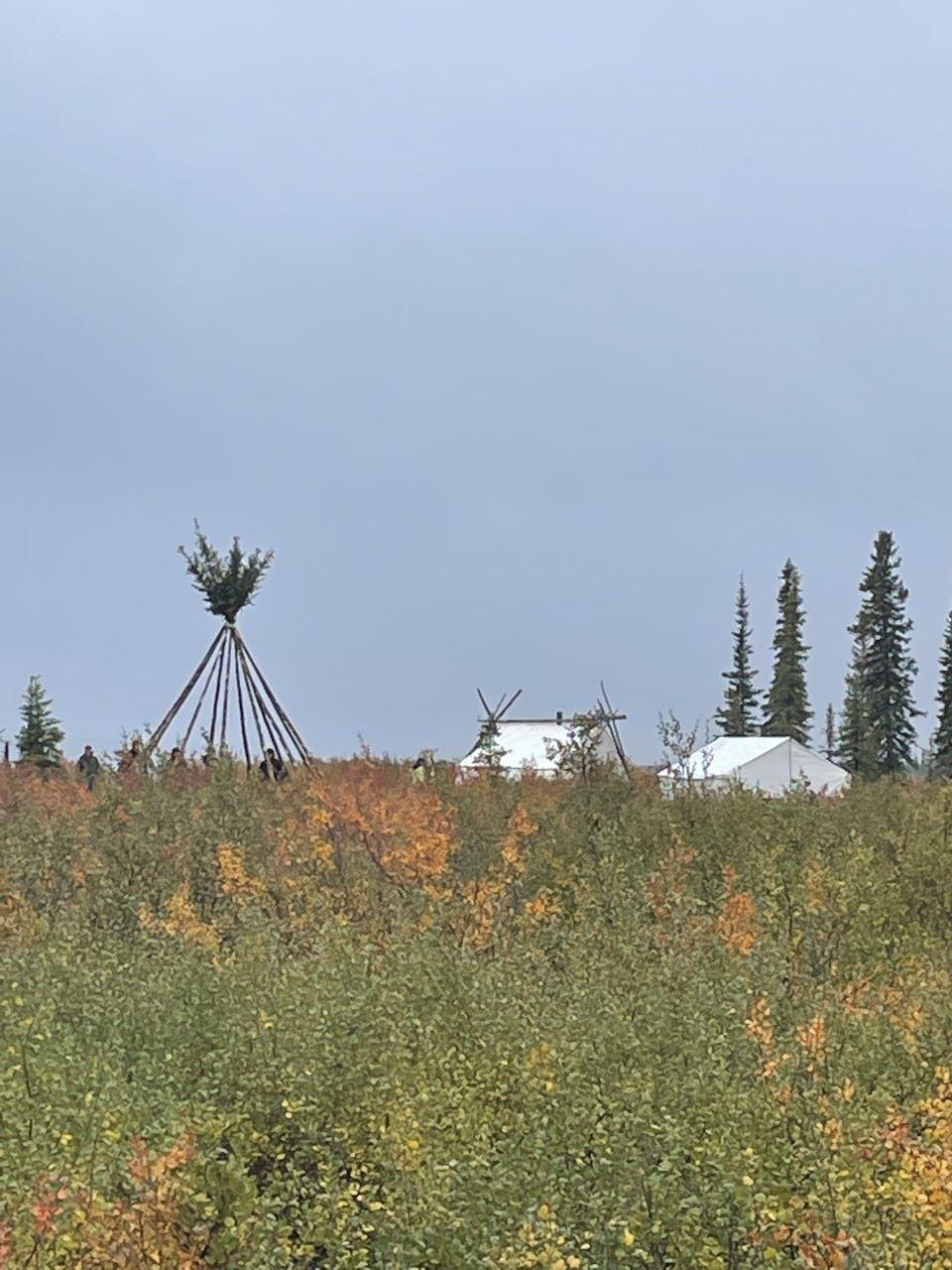