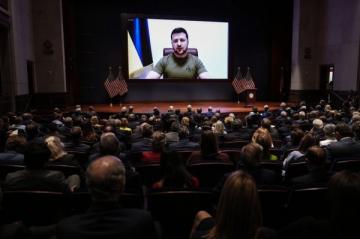 The Power of Courage and Communication

When I began writing this blog, I found it difficult to get beyond the crushing weight of the extreme brutality I must watch and read about, nightly, as I try to maintain my habit of staying informed with news of the world. Over the past year alone new origins of agony include the unfolding evidence of the atrocities suffered by Indigenous families in the deaths of their ‘lost’ children in residential schools (https://globalnews.ca/news/8458351/canada-residential-schools-unmarked-graves-indigenous-impact/), and in politically generated starvation of vast proportions of children and their families in Afghanistan (https://www.nytimes.com/2021/12/04/world/asia/afghanistan-starvation-crisis.html), and most recently, the intentional massacre of children and their families in Ukraine (https://www.ohchr.org/en/news/2022/04/ukraine-civilian-casualty-update-18-april-2022). However, what has simultaneously been as powerfully uplifting are the inspiring possibilities of leadership that arise in the midst of devastation. The most prominent current example and the leader about whom we know the most is Volodymyr Zelensky, President of the besieged nation of Ukraine.

Courage in practice is sometimes too subtle to be noticed because the ‘project’ and its risks are not always fully visible, well-defined, and perilous. The power of Zelensky’s example at this historical moment is that it is widely evident that the risk is very high, namely, death of his citizens and himself. To an offer of exile by the U.S., his now famous response was, “I need ammunition, not a ride” (Prasad, 2022).

We know that leaders’ behaviour and values are extremely influential of those of their people. Prasad observes that this is particularly so for leaders whose unambiguous purpose is to serve their people. “His willingness to die is testimony to the new Ukraine, which its people are now rallying to protect” (Foer, 2022). Ukrainian forces have been well organized and successful in driving Russian forces back from their many of their cities, including the capital, Kyiv. There has been ongoing speculation about why the expectations that the Russians would handily win have been overturned.

"Russian morale was incredibly low BEFORE the war broke out. … The contrast with the Ukrainians couldn’t be starker. They are defending their homes and their families from an unprovoked invasion, led by a charismatic leader who has made a personal stand in Kyiv. Ukrainian high morale is a key reason, in addition to advanced Western armaments, that the defenders have dramatically outperformed expectations." (Beauchamp, 2022)

Though educated as a lawyer, Zelensky created a successful career as a comedian and actor. In fact, he performed the role of a high school teacher come president, a TV series called “Servant of the People”, ironically a practice run for his current position!

"In addition to his undeniable bona fide leadership skills, Zelensky is also providing a master class in strategic communications. Political leaders across the globe could learn much from Zelensky’s skillfully straightforward talk—so different from the usual Washington partisan sniping or smoke-and-mirrors repartee we often [see]. Zelensky’s eloquence has not only captured the attention of the world, it has proven the catalyst to major policy shifts."

Zelensky has met virtually with world leaders and governing bodies of all possible allies—the British Parliament, the Canadian Parliament and Senate, the US Congress, the German Bundestag, the French National Assembly and Senate, the Irish Parliament, the Polish parliament, other European leaders, the UN Security Council, and NATO. He even spoke to 64th Annual Grammy Awards audience which averaged 9.6 million total viewers and 92 billion social media impressions (Maas, 2022).

"His superior communication skills influence world leaders through an intense bombardment of factual statements. Well researched questions with solutions are presented, demonstrating thoughtfulness and intelligence, while he is unafraid to show emotion when describing the distress of his country’s circumstances."

Zelensky integrates tough news and tough ‘asks’ with compelling expressions of appreciation and confidence that, if adequately resourced, his campaign to save Ukrainian democracy will succeed.

Lessons for you and me from Volodymyr are that courage in unambiguous service of others that is well and widely communicated in action generates hope and reduces the crippling influence of despair. It focuses on us on the work at hand in a world full of huge challenges in which the outcomes of our dedication to addressing life-threatening conditions are what will make the difference. For my part, I will be tracking the news of the world differently--looking for ways to make a practical difference.

Langston, Stephen.  Volodymyr Zelensky: how acting prepared the Ukrainian president for the role of his life,  The Conversation, March 11, 2022.  https://theconversation.com/volodymyr-zelensky-how-acting-prepared-the-ukrainian-president-for-the-role-of-his-life-178955