Let's Just Call It What It Is: Racism 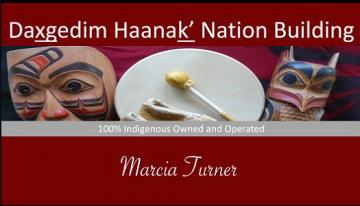 In 1990, Peggy McIntosh released her influential essay, “White privilege: Unpacking the invisible knapsack.” Aimed at a white audience, this essay endeavoured to move the conversation on anti-racism forward by debunking the myth of meritocracy and encouraging white people to understand their unearned advantages based on skin colour, as well as the daily effects of what she termed, ‘white privilege.’

In recent months, the term white privilege is increasingly part of the media, public discourse, and private conversations. In this post, ‘Naa-mehl Marcia Turner draws attention to the problematic nature of this term. She suggests we should just call this phenomenon what it is: racism.

Let me begin by introducing myself, which is an important teaching and practice in my Gitxsan culture.

My Gitxsan name is ‘Naa-mehl. My English name is Marcia. I am Lax Gibuu, which means wolf clan in the Gitxsenimx language. I belong to wilps Haisimsque, which means house of Chief Haisimsque. My Gitxsan name, loosely translated, means to tell as in messenger. My late father Magnus Turner was Chief ‘Wiigyet from the Giskaast clan, and my late mother, Angeline Turner, was our matriarch of our wilp Haisimsque, we are a matrilineal society.  I am from a Gitxsan community called Gitanyow; however, I grew up in Gitsegukla located in Northwestern British Columbia. I am the youngest in a family of eight children. I have four grown sons, and we currently live in unceded Lekwungen territory also known as Victoria.

WHITE PRIVILEGE: this term is not part of my vocabulary. It categorically implies we are under-privileged as Indigenous people. It centers racism in our narrative. I completely understand its meaning and the context with which it’s used; however, I chose not to use it. Let me explain through a story.

A few years ago, I was at a university conference. I was waiting in an auditorium for the Maori presentation, three of us Indigenous delegates in a room full of non-Indigenous people. The room began to fill as white women poured into the auditorium, they were buzzing about how they've come to realize their white privilege and how privileged they are. We sat quietly.

The three Maori speakers interrupted the chatter. We hear you talking about white privilege, they said, but get this straight: as Maori people we are not under-privileged. As Maori people, we are very privileged. We are privileged to have our land, our mountain, our ancestors, our family, our culture and our language, we have privileges that only Maori people have. I loved their strength when they spoke and the room fell silent.

I’m not suggesting we come up with another term, these are my thoughts and my views about the language we use in society.