What’s the link between oil prices and clean tech stocks? 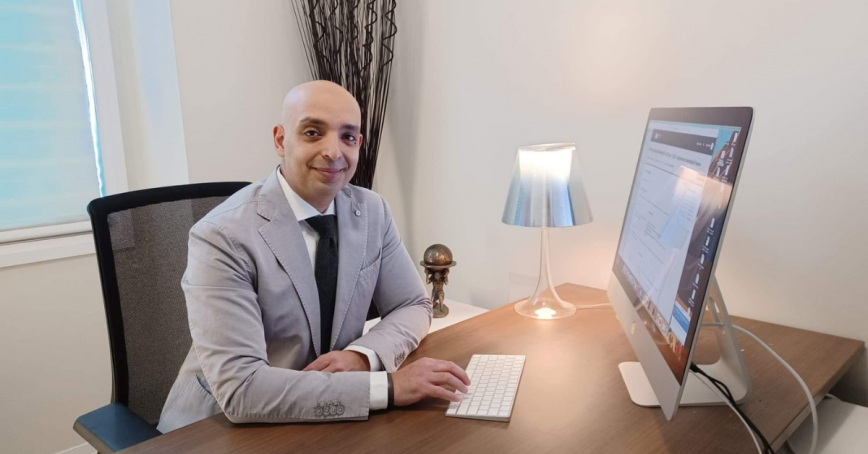 “What goes up must come down” may work for explaining gravity, but for an economics and mathematics specialist studying the ups and downs of the conventional and clean energy markets, life is a little more complicated.

Answering those questions helps answer this one: What are investors paying attention to?

All those questions and more are on Hany Fahmy’s radar.

An econometrician, Fahmy is an associate professor and finance intellectual lead at Royal Roads University’s School of Business.

And if you think his job titles are a mouthful, his research paper that was recently published in the journal Energy Economics is titled “The rise in investors’ awareness of climate risks after the Paris Agreement and the clean energy-oil-technology nexus.”

Simply explained: There is consensus, he says, that oil, clean energy and clean tech stocks go up and down in parallel; i.e., when oil prices go up, investors look to buy stocks in clean energy companies and the firms that supply them with green tech, causing their prices to go up as well.

But RRU’s Fahmy, who earned a PhD in economics from Montreal’s Concordia University and who has been nominated for the Confederation of University Faculty Associations of BC’s Distinguished Faculty Awards for the Early in Career Research Award, studied whether changing views of climate change affected such lockstep market moves.

Using mathematical and statistical models and looking specifically at markets pre- and post-Paris Agreement, he found that, before 196 countries adopted the legally binding international treaty on climate change in December 2015 (and it entered into force in November 2016), the price of oil determined the price of alternate energy stocks and other, associated stocks. But since Paris, he found, the roles are reversed, with clean tech stock prices leading the way.

In fact, according to the paper’s abstract, “the impact of oil price is completely absent” and “the superiority of technology stock prices over oil price in driving the cyclical behavior of clean energy assets supports our argument that the Paris Agreement and other recent climate-related events are contributing to the decoupling of the clean energy sector from traditional energy markets.”

“There is this drive to be socially responsible, to be sustainable, that this is going to be the future,” Fahmy says, noting investors obviously also want their money going into profitable companies.

All of that leads into his next paper, which he presented at the Canadian Sustainable Finance Network webinar organized by Smith School of Business at Queen’s University. Titled “Promises, promises and hurricanes: Are clean energy investors paying attention to climate risks?,” it expands on his previous work by looking at the impact of people’s awareness of climate change — whether from government pronouncements or climate-induced extreme weather events such as wildfires, floods and heatwaves — on investor behaviour.

Some are paying attention to climate risk because it’s the right thing to do, says Fahmy, while others see opportunity in clean energy and related tech, and others still are reluctant to dive into the market because of what they see as a lack of credible government action to deal with climate change.

One plausible explanation, he says, is that investors (and the public) believe that neither climate policies are succeeding, nor climate solutions are credible enough to achieve regulatory climate pledges.

Still, while climate risk-savvy investors are paying attention and matching their convictions with their money, they’re not yet powerful enough to supplant oil as a main determinant of clean energy stock prices.

But when they are, Fahmy will likely be studying that, too.

How did he do it?

Regarding his new paper, how did Hany Fahmy determine whether awareness of climate risk affected investment in clean energy and technology?