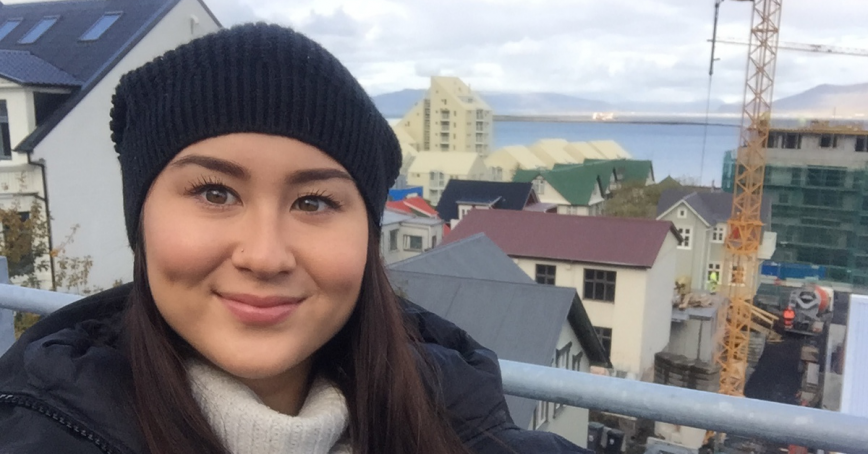 It was the summer of 2019 when the reality of the climate crisis hit Brynna Kagawa-Visentin.

The enormity of what she calls “this huge, impending issue” — the present and ongoing threat to humanity — “really froze me for about two solid weeks where I felt very depressed, very confused. I didn’t really know how I could contribute to what was going on.”

But even as the climate crisis produced anxiety, it also provided Kagawa-Visentin with a solution to a local, less global conundrum: What was she going to do with her life?

The daughter of professional musicians (mom plays the violin, dad, the viola), she grew up in Winnipeg and Toronto, and attended a STEM-focused (science, technology, engineering, mathematics) high school. She went on to earn a Bachelor of Science (with honours) in Kinesiology from McMaster University, but as much as she found the human body fascinating — she briefly considered careers in dietetics, then naturopathic medicine — she realized after four years that she still didn’t know what her passion was.

That led her — with a little help from a flight delay out of Victoria — to visit Royal Roads University, where, two years later, she is graduating with a Bachelor of Science in Environmental Practice (BSEP).

And in recognition of her outstanding achievements at Royal Roads, Kagawa-Visentin is receiving the Chancellor’s Award and the President’s Scholar Award, as well as the 2021 Governor General’s Silver Medal, which is awarded to the undergraduate who achieves the highest academic standing upon graduation.

“The amount of responsibility I felt to channel my life direction, to learn more about the subject in every way I could, was the guiding force throughout that degree,” she says. “I already knew I had the caring, I already had the passion, I had the concern. I felt this responsibility to make a positive impact in any way that I could.

“When I do something,” she explains, “I fully commit and I really try to learn as much as possible, put myself in every situation that comes my way.”

That’s what she did when devising and working on her self-directed major research project, which involved an investment of approximately 200 hours, an exhaustive review of existing research and even personal interviews.

The topic was personal, too: a state of the environment report for Salt Spring Island, BC, where her family has a home and where, as a girl, she’d spent many summers. For that project, she worked closely with Dr. David Rapport, a Salt Spring resident and well-known scientist and researcher, who was co-author of Canada’s first national state of the environment report and whose background is in ecosystem health.

Speaking with scientists, naturalists and First Nations, as well as engaging with community members, she focused on Salt Spring eco issues, such as complex and interconnected land-use and regulation issues  precarious activities on private land that can affect the supply of water on the island and, in turn, affect the island’s ability to support its population and diversify its economy.

She also learned lessons on Salt Spring that apply to global climate issues.

“Big picture, if you’ll apply that in more of a global context, it’s understanding that we’re extracting from ecosystems that don’t have the capacity to regenerate and repair themselves to the point that they can continue to thrive, and we can continue to benefit from them.”

Indeed, with a BSci in hand, Kagawa-Visentin is now focusing on the big picture. She’s working as the Youth Engagement Coordinator for Canadian Parks and Wilderness Society in BC through summer 2022, then has her eye on a master’s degree in environment social sciences, either at the University of Toronto or at Oxford. She also volunteers with the Sierra Club and is aiming to make environmental education more accessible, to engage people across professions and social strata.

Similarly, she says she benefited from the variety of students in her remote Royal Roads classes because they “just open your eyes to so many different perspectives and opinions.”

That fits in with what Kagawa-Visentin calls her favourite quotation: “Be prepared to change your opinion when presented with new information.”

As a member of the youth committee of the Sierra Club Canada, Kagawa-Visentin was one of the hosts of Sierra Youth Podcast, which featured host conversations for a healthy planet and healthy communities.