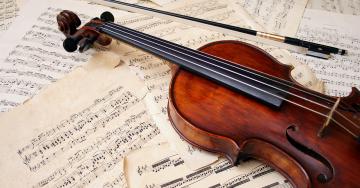 Jeanne Lamon was one of Canada’s most innovative leaders, in her case, in the world of music. She was the Music Director of the famed Tafelmusik Baroque Orchestra for 33 years.  She cofounded the ensemble and brought it to world recognition as a premiere performing music organization.  “She is warm without being sentimental, a powerful leader happy to stand a little in the shadows, a fiercely uncompromising musician with a ready smile on her face”, described Robert Harris in the Globe and Mail (May 9, 2014) on the occasion of her retirement from Tafelmusik.  Sadly, Lamon’s retirement was cut short by an aggressive cancer; she died a month ago (June 20) here in Victoria where she and her partner, cellist Christine Mahler, had taken up residence.  Lamon left not only an outstanding legacy in music but also, as Lucas Harris, Artistic Director of the Toronto Chamber Choir, says pivotal lessons he learned from her, and which I suggest are central to accomplished leadership.  In addition to the modesty alluded to above, Harris makes the following four points:

When in Toronto, I often attend Tafelmusik performances. One outstanding difference from other orchestras I had enjoyed was that Jeanne Lamon was simultaneously an instrumentalist, a violinist, as she conducted.  While I learned that was a usual approach in the Baroque era, this point aligns with an earlier point Harris made above, namely, Lamon stepped back from the focal point, “being happy to stand a little in the shadows”.

I invite you to join with me in celebration of Jeanne Lamon and her gift of outstanding leadership as she, not as herself the violist, performs her rescoring of Bach’s Ciaconna from the Chapel of the New Jerusalem in Christ Church Cathedral in Victoria Dec 22, 2020. Thank you, Jeanne, for your exquisite music and your embodied lessons in leadership.