Our coat of arms 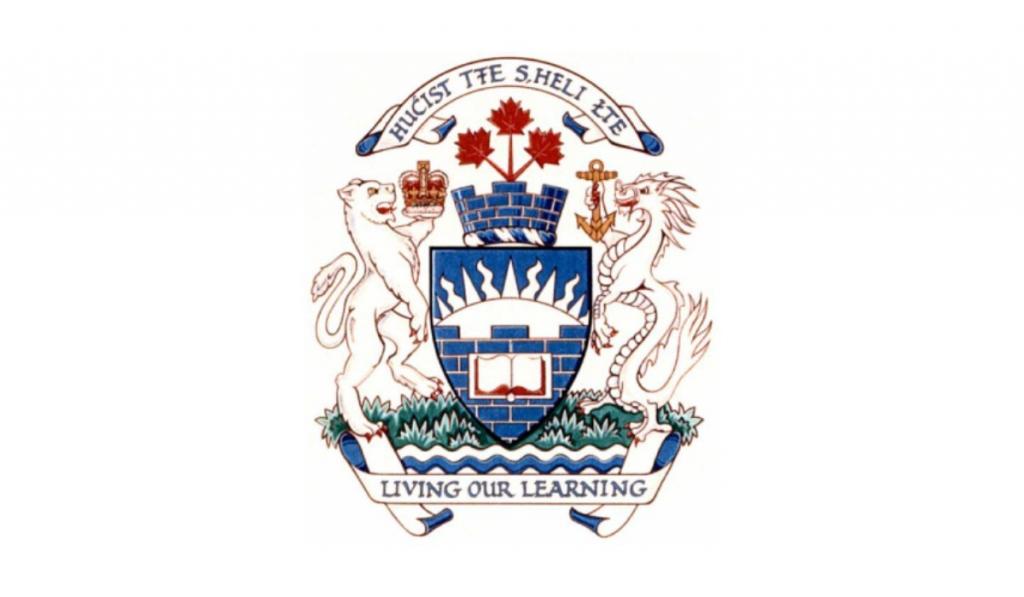 Designed by Charles Maier, an officer of arms at the Canadian Heraldic Authority in Ottawa.

The motto on the coat of arms is HUĆIST TŦE S,HELI ŁTE. It means "living our learning" in SENĆOŦEN, an Indigenous language from the area.

Because Royal Roads is a non-traditional university, the motto was not written in Latin.

Two creatures are featured on the coat of arms: a cougar and a dragon.

The cougar is native to Vancouver Island. It holds the Royal Crown, which required special approval from the Queen. The dragon holds an anchor. Together, the two creatures are a heraldic pun on the name of the university, which itself represents the Royal Roads anchorage offshore.

The symbols and their meaning

Each symbol in the coat of arms holds meaning: