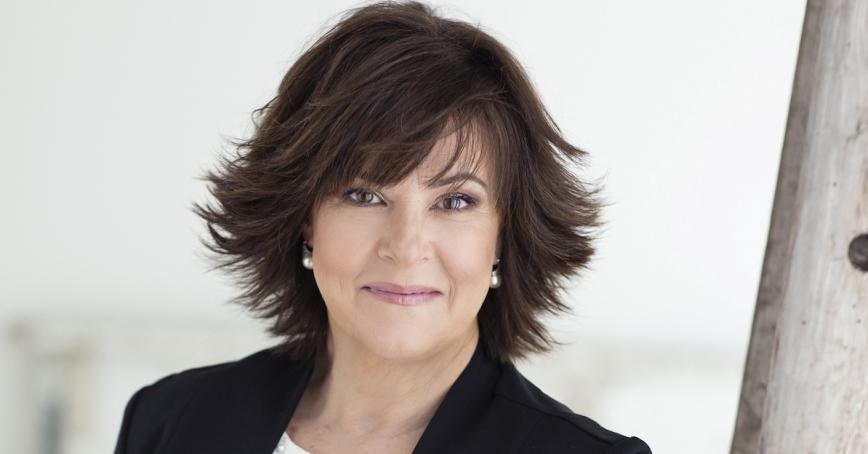 Government is a workplace, too — but not the average workplace. There are ministries, and oversight, and layer upon layer of laws, rules, regulations and accountability. And in the end, everyone — everyone — in that workplace both serves and answers to one group: the citizens.

And that isn’t easy, or simple.

In fact, it’s quite complex.

Which is why Laura Lee Langley is a cheerleader for Royal Roads University’s Leading Complex Systems course, offered through Professional and Continuing Studies. The head of the public service for the province of Nova Scotia — actually, speaking of complex, she handles six portfolios in Halifax — Langley is a former radio and TV journalist who moved into communications and, while serving in government, completed a Master of Arts in Leadership (MAL) at RRU in 2015.

While she was in the master’s program, Langley says, “I had these revelations around systems and the intersection of systems. If we can see those and how they intersect and how they work, we can be more successful, particularly in public-sector organizations, at removing systemic barriers and sort of breaking down the silos that really prevent us from being nimble and agile and making… changes in our work.”

Enter Dr. Phil Cady and Dr. Dave Whittington. They’re both MAL faculty and they co-facilitate the five-day Leading Complex Systems course, which they built together in 2017. One key to understanding complex systems, whether in government or business, Cady says, is recognizing they are made up of an array of individuals — “agents” is the term — with diverse perspectives and the relationships between them are non-linear.

The key in leading complex systems, then, is safe-to-fail experimentation, says Cady, who previously served in the Canadian military and earned an MA in Leadership and a Doctor of Social Sciences at Royal Roads. That means creating “micro-experiments, we try things with the awareness that they may or may not work out.”

In Cady and Whittington’s course, in order to build the skills amongst agents in complex systems — for instance, the 28 senior leaders from the Nova Scotia provincial government who recently took part in a five-day intensive online course (a substitute for the usual in-person course due to COVID-related restrictions) — they’re asked to bring real-world problems or issues to work on.

Langley offers this example of a real-world problem addressed thanks to what she and her colleagues previously learned in the RRU course:

There was an area of Nova Scotia where there were many people from a low socioeconomic bracket. The social and educational outcomes were poor, with fewer young people than the provincial average graduating from high school and going on to other education opportunities. One government department collected the information it had about this area and shared it across multiple departments and ministries (education, labour, housing), and private sector and non-governmental organizations (the chamber of commerce, shelters, community services). They they worked together to come up with plans and solutions. And in 18 months, children’s math and literacy test scores had improved; fewer people needed to use local food banks; more were upgrading skills or taking advantage of retraining opportunities; and more were working.

“That’s an example of how we took this idea of leadership in complex systems,” says Langley, noting “the power that this can have when you give people the idea that they have permission… to remove barriers and create system change, where we can have a meaningful impact.”

“Now, from that particular program,” she adds, “we have programs in two other communities… It gives us the licence to actually look at what would make a difference in this community and who we need at the table.”

That recent group of 28 in the program from N.S. wasn’t the first and it won’t be the last, if Langley has anything to do with it. , because she’s interested in changing the way government operates. With citizens at the centre of their actions and an understanding of how they can work across departmental lines, she says, officials can take action in a meaningful way.

She says she was impressed how the facilitators in recent courses were able to translate the enthusiasm and interaction she has seen during in-person intensives to an online course during the pandemic. She also gives full credit to the RRU course and notes every time the province hosts a program with Cady and Whittington, it is filled and has a waiting list.

Says Langley: “Creating an environment where people feel empowered to raise the questions and to make recommendations around system change has brought out the courageousness in some folks.”