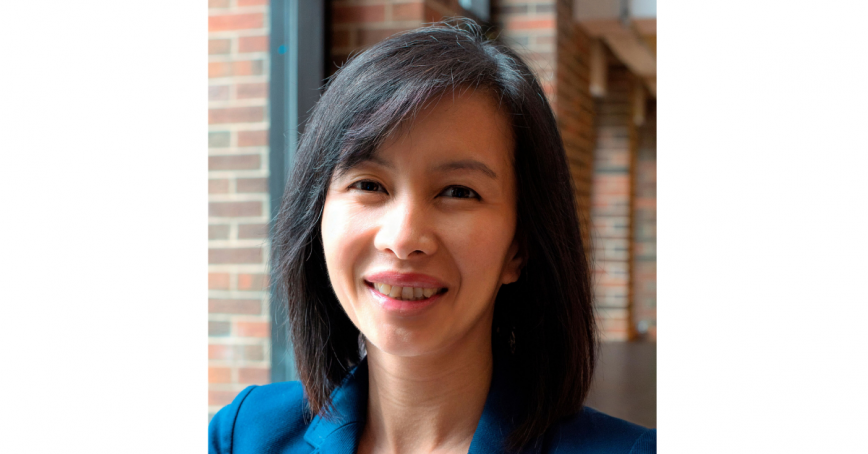 It starts with beef bones and ginger, daikon and Thai basil.

It starts in the kitchen.

Separated by distance and pandemic, but connected by FaceTime, a mother and daughter make soup — phở, to be precise —and in the making, that soup is both history and story. In the kitchen, they are Má (mom) and Mue Heng (younger sister Heng), but to their friends and neighbours in Victoria and Calgary respectively, they are Jean Truong and Hannah Temple.

And their story, including the soup, is recounted in Temple’s final research project in Royal Roads University’s Master of Arts in Professional Communication program, an autoethnography she created to put on paper her family’s history: as Vietnamese boat people; as newcomers to Canada; as an extended family that survived profound danger and experienced a remarkable reunion to build a life in BC’s capital.

A family, escaping strife, is separated at sea

It starts with a war and a boat, a refugee camp on one island and a church on another island.

It starts in the ocean.

“There were 16 of us and we all made it alive,” says Temple.

The Truongs, an ethnic Chinese family in Vietnam, were among almost 800,000 people to leave the country in the late 1970s following the end of the Vietnam War. Temple says her father, Tom Truong, paid smugglers 14 pieces of gold to facilitate the trip, then the family waited in hiding for three weeks until the boats showed up.

Temple was not yet three years old and her immediate family of eight: three boys and three girls from 14 months to nine years of age, plus their parents; grandparents, uncles and aunts also escaped.

But they were split up, the women and children on one dangerously rickety boat, the men and the elderly on another. At sea, those boats were separated, and so was the Truong family — for 11 months — with the men eventually landing in a refugee camp on an island in Indonesia, the women and kids on another island.

And then, improbably, they were reunited after a Canadian immigration official tracked down her father in a refugee camp thousands of kilometres away. Taken in by Canada, they travelled to Victoria, where a group of people affiliated with Central Baptist Church who were looking for a family of four to sponsor instead took on an extended family of 16, setting them up with jobs and places to live.

“Forty per cent of the people escaping Vietnam died,” Temple says, “so the chances of my family’s survival — all of us making it — is truly a miracle.”

A celebration, and many thanks

It starts with one picture — a little girl with short hair — then another — a diploma.

It starts, and ends, in gratitude.

In a recent post on LinkedIn, Temple, a mother of three children with husband Ed Temple, celebrates her MAPC graduation and pays tribute to her parents for their decision to leave Vietnam to create a future for their children.

And she thanks “my grade one teacher, Mrs. A. Stephenson, who fostered a fun learning environment that instilled in me a passion for learning, even though it was my second time repeating Grade 1. She looked beyond the refugee girl and dared me to dream. She said, ‘What do you want to be when you grow up? You can be anything!’”

That refugee girl now has a masters degree and is coordinator, pathways transfer and articulation at the Southern Alberta Institute of Technology. That involves managing partnerships for transfer students in Canada and internationally.

And that means she helps other young people from islands and continents around the world set out on their own journeys.