Ready for anything in Sea-to-Sky 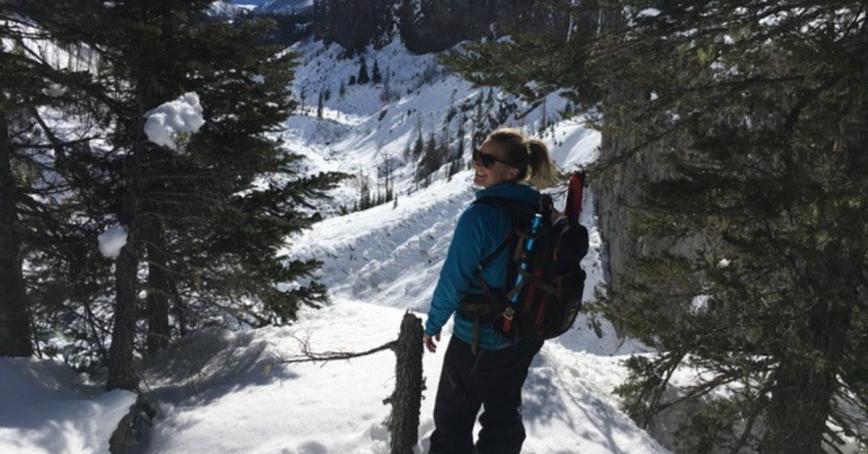 Many a resident of Squamish, Whistler or Pemberton is drawn to the Coast Mountains by the promise of doorstep access to outdoor recreation: skiing and snowboarding, rock climbing and mountain biking, snowshoeing and hiking.

But those same residents are aware, to varying degrees, of the dangers inherent in their sports — and in those mountains.

Veronica Woodruff knows the dangers better than most. She moved to Whistler in 1996, then north to Pemberton five years later. She established a non-profit, the Stewardship Pemberton Society, whose focus is nature education for children and community restoration projects involving wildlife such as mountain goats, frogs, snakes and salmon. And she makes her living in the outdoors, having worked as an environmental technician for a consulting company and now running her own, Clear Course Consulting Ltd., all the while tramping forests and trails, splashing through rocky creeks.

Her work has frequently taken her to the base of Mount Meager, which she describes as Canada’s most active volcano. “The last time it erupted was about 2,400 years ago, so in geological times, that was like… yesterday.”

In addition, because Meager — a massif, or a series of connected mountain peaks — is a volcanic landscape, “it’s like a mountain made of ballbearings. It’s constantly eroding, so these large landslides have been occurring for the last 2,400 years, and many of them in the last hundred.” In 2010, the largest landslide in Canada occurred when the entire top of Capricorn Peak slid to its base.

It was with all this knowledge and experience that Woodruff enrolled last year in Royal Roads University’s Master of Arts in Leadership program. And the two combined were essential to her latest project: working with various universities, government agencies and First Nations to assess emergency preparedness in Sea-to-Sky country.

Thus, with Woodruff leading the way along with Dr. Niels Agger-Gupta, the MAL program head, Royal Roads joined a project team co-ordinated through the Centre for Natural Hazard Research at SFU that includes researchers from UBC, Portland (Ore.) State University and Quest University to do a survey and workshops about community preparedness for natural hazard risk events — landslides, volcanic eruptions, tsunamis, earthquakes, forest fires and more.

What’s envisioned as a multi-year project kicked off in fall 2020 with a survey that asked residents of Squamish, Whistler and Pemberton as well as Líl̓wat and Squamish First Nations about their level of preparedness for natural disasters. Two workshops followed that included expert presentations and attendance by representatives of local emergency management offices, municipal and First Nations governments, search and rescue groups, fire/rescue departments and other emergency response professionals, as well as regular residents.

The overarching goal, Woodruff says, is to inform but not necessarily frighten people about the range of risks in the region, especially as everyone is also dealing with the effects of the pandemic.

“It’s about trying to initiate hard conversations about challenging topics in a proactive way.

Those community members and emergency management professionals think it’s good to have these conversations, Woodruff says, because different groups — academics, government officials — can often operate in silos and “the opportunities to connect don’t come along that often.”

Key to making those connections in this project were her leadership studies at RRU. Part of studying leadership, she says, is looking at what’s working well and trying to replicate it. Thus, Woodruff says she looked at communities that are proactive in emergency management. And she didn’t have to look far for examples, including Squamish and Whistler, which have evacuation plans in case of natural disaster that are organized down to individual neighbourhoods.

She further credits her Royal Roads studies for the close connections she has made within her program, a network of students like her able to have deep conversations about leadership and making change. And she notes her MAL studies are satisfying what she was seeking in entering the program: a deeply intellectual approach to learning and leading.

The next step for the emergency prep project is another workshop in April of this year to follow up on results from the survey and previous workshops with academic and emergency management partners.

The next step for Woodruff at Royal Roads is to devise her thesis, and there’s a good chance it will be on her Sea-to-Sky project, which she sees as an opportunity to help her community.