Get together, get rugged to handle climate change, natural disasters 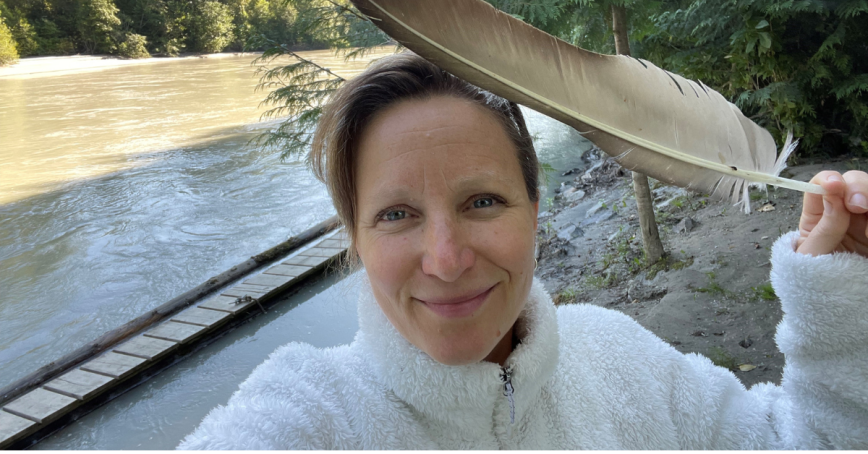 Where Veronica Woodruff lives, natural disasters aren’t just events seen on TV featuring shocking images from far-off places — they are an increasing reality close to home due to the effects of climate change.

A resident of Pemberton, BC, Woodruff notes her community and the rest of the Sea-to-Sky corridor have faced the worst the planet and climate could throw at them over the last couple of years:

It has been a lot to deal with for her neighbours, but if her work in the area and her research for her Master of Arts in Leadership at Royal Roads University have taught her anything, it’s that there’s only one way to prepare for natural disasters:

Woodruff, who has an environmental consulting company, Clear Course Consulting Ltd., and previously worked with various universities, government agencies and First Nations to assess emergency preparedness in Sea-to-Sky country, recently completed her master’s thesis, titled, From Resilience to Ruggedization: A Roadmap for Building Collaboration to Address Increasing Natural Hazard Risk in Pemberton, BC.

Part of the research involved three focus groups: one for residents, businesses and non-profit agencies; one for first responders such as firefighters, police, medical and social services providers; and a third involving elected and emergency management officials. After speaking with those stakeholders and analyzing the data, she came up with four key conclusions:

“We live in a system that wasn’t built for what we’re experiencing,” Woodruff says, noting there are comparable barriers to collaboration in BC’s health care system, which has vertically separated authorities that don’t always allow it to deal effectively with issues at the lowest levels, such as staff shortages.

“This is sort of the world we live in right now where we’re on this bumpy road that transitions from top-down to a collaborative, all-of-society approach. And I think there are opportunities to figure out how to do that well.

“We need to create new ways in order to be prepared for climate change. We can’t just assume that it’s going to be business as usual and if we do a couple extra things on the side, we’ll be OK. It’s about changing the system and ruggedizing.”

In her thesis, she writes: “This requires a commitment of time, trust-building, engagement, funding, political will, and leadership. Of course, it is challenging to prioritize planning in an era where unprecedented events are happening on a monthly basis and emergency management dollars are prioritized for response.”

She adds: “An all-of-society approach to disaster risk reduction requires a commitment to engagement. Engaging the community broadens the network of active citizens who are willing to take an active role during a… disaster.”

Veronica Woodruff defended her thesis Sept. 9 and expects to graduate in November. She is considering pursuing a PhD sometime thereafter and has a strong interest in community planning. For more information about her previous research, read this RRU article from last year.