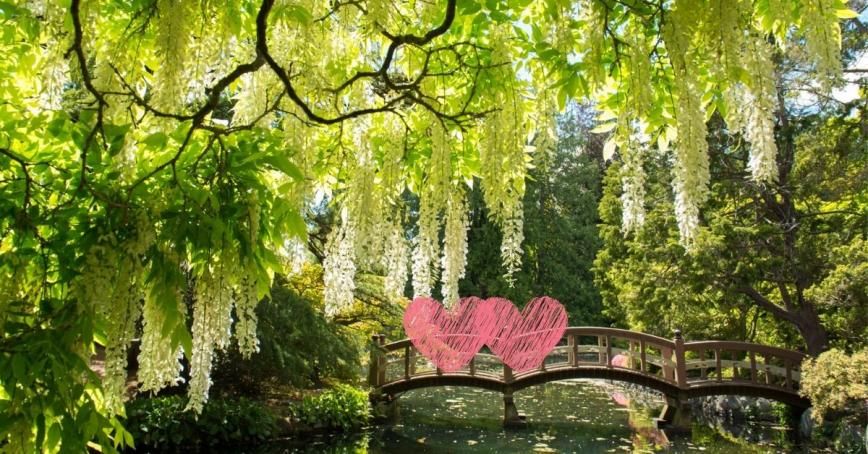 “We met at Royal Roads. We knew quite instantly that we were wanting to maintain this relationship and stay together. How we were going to be able to do that was going to be the big question.”

The sound of each other’s laughter in the cafeteria made them come together with curiosity. They both felt compelled to get to know each other better.

“We sat on a bench outside the residence and determined that we were both single, we were both lesbians and we could have a life together. And that was it. That was the fifth of July of 2001,” Scott recalled.

Neither came to university looking for love. Minogue intended to enter a convent in England while Scott had no room for entanglements amidst her busy life of work and advocacy, after 20 years spent happily on her own. That is, until she met Minogue.

“Here, I was… smitten. That was it. That was just it. And that's been the way it's been ever since. We have never looked back,” Scott recalled.

The training program where they met and fell in love certainly lived up to the university motto of “Life Changing” from a romantic perspective, but it also helped them navigate their relationship with more grace.

“It gave us a language to converse, to have discourse between us,” Minogue noted.

“Twenty years on from when we were there, we're still pretty feisty. We are both quick, bright, opinionated stroppy women at times and having to find ways to bring people on board and move things along and give leadership and make things happen, those are things that we're both really good at. So, you can imagine, when things get awry between us where we have completely different points of view, it's going to take some skill for us to find a way through,” Scott smiled.

During their residency on campus, the two made a commitment to take their relationship seriously while sitting in the Japanese garden near the waterfall. They would return to their respective home communities, 4,000 kilometers apart, until they rearranged their lives to be together in Atlin, BC. They bought a house, settled down, and Scott went into private practice at her old law firm while Minogue taught Buddhism.

Four years later, Scott retired from her law practice and the couple relocated to Creston, where Scott became an independent adjudicator resolving residential school claims. Minogue planted sweet peas so Scott could see and smell her favourite flowers as she arrived home from emotionally draining but rewarding work.

Professionally, Minogue used her degree to help lead a program to teach Atlin residents to use computers through Northern Lights College. Scott’s education helped her become a more effective advocate for affordable housing projects and creating the structure needed to bring closure to residential school survivors in alternate dispute resolution.

Ultimately, they see their advocacy work as participating in transition planning to help the world move to a less harmful way of living that protects the environment. The transition management education that underpins the spirit of those efforts came from their time at Royal Roads 20 years ago, where they committed to each other in nature’s beauty, something they now advocate to protect.