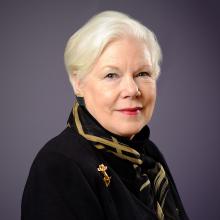 Considered an inspirational leader Elizabeth Dowdeswell is considered a maverick in environmental sustainability for merging the best practices of environmental science, education and business to guide international initiatives dedicated to protecting the environment. Throughout the 80’s Dowdeswell worked in the Canadian government with increasingly progressive roles at the federal level. In 1986 she joined Environment Canada as Regional Director-General and was later appointed Assistant Deputy Minister. Her knowledge and experience in government provided her with an opportunity to contribute to Canada’s role in establishing the United Nations climate change strategy in 1992. It was here that her skills as a consensus builder positioned her as Canada’s delegate to the Intergovernmental Panel on Climate Change. In 1993 she was made executive director of the United Nations Environmental Programme (UNEP).