Locating the campus on traditional Lands 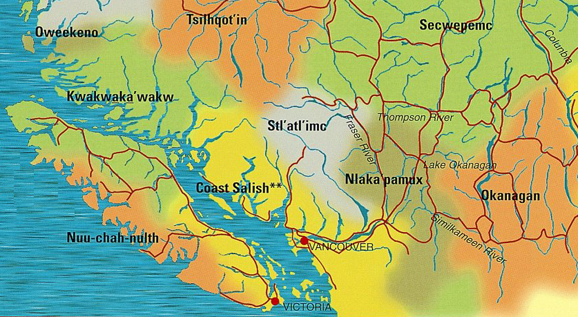 These nations have been classified and belong to one of three Indigenous regions: Coast Salish*, Nuu-chah-nulth and Kwakwaka'wakw.

While there is geographic overlap, the cultures, stories, language and relationships within nations remain unique.

Indigenous Peoples did not use a system of land ownership the way the immigrants who came to colonize these Lands understood ownership. But there is agreement among the local Nations that the Esquimalt and Songhees ancestors extended their presence throughout the Lands where the Royal Roads campus is now located.

In Indigenous communities, Land is inseparable from the people – they are part of the Land and it is part of them. The territory is a colonial concept that does not fit with their worldview.

* We acknowledge that the term "Coast Salish" was coined by immigrant linguists to refer to one branch of the vast Salishan language family. This term is variously accepted by members of the Nations that speak Salishan languages.

Talking about these Lands

The word "Land" is capitalized as a form of respect and honour for the last fluent Lekwungen language speaker, Elmer George, from Songhees Nation and Royal Roads Honourary Doctorate recipient.

Dr. Elmer George shared that there is no Lekwungen word for "territory". There is only a word for "Land". To respect his family and ancestors, we choose to use the word “Land” instead of “territory”. Neither is wrong, but respectfully, it's best to follow Dr. Elmer George's teachings while you are in these Lands. In practice, we choose not to refer to these lands as territory and instead use the phrase “traditional Lands.”

Why conduct a Land acknowledgment?

Traditionally, when a member of a different nation visits the Lands of another nation, they seek permission. This begins by acknowledging the traditional presence of the nation they are visiting.

When we make a land acknowledgement, we affirm the past and present home of the families of these Lands, and honour the practice of respectful acknowledgment of their deep ties to it.

Local Nations in these Lands

Ten Nations in southern Vancouver Island are close to Royal Roads, including the Xwsepsum (Esquimalt) and Lekwungen (Songhees) Nations, whose traditional Lands the Royal Roads campus is situated.

We encourage you to learn more about the Indigenous Peoples in our region. We thank them for their generosity in hosting us here.

Email Asma-na-hi Antoine, director of Indigenous engagement, to learn more about the Royal Roads campus and these Lands. 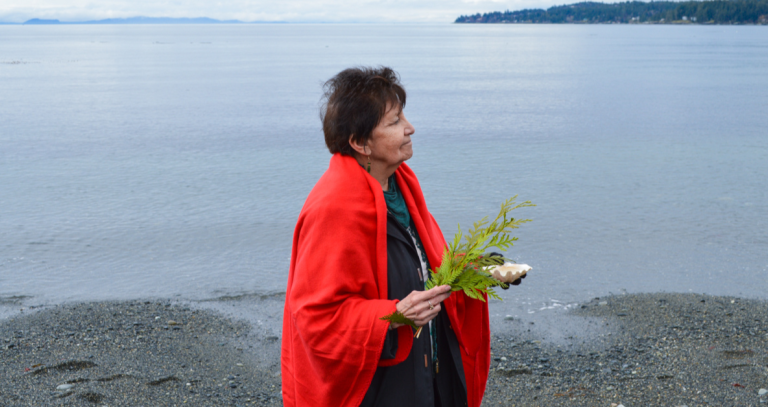 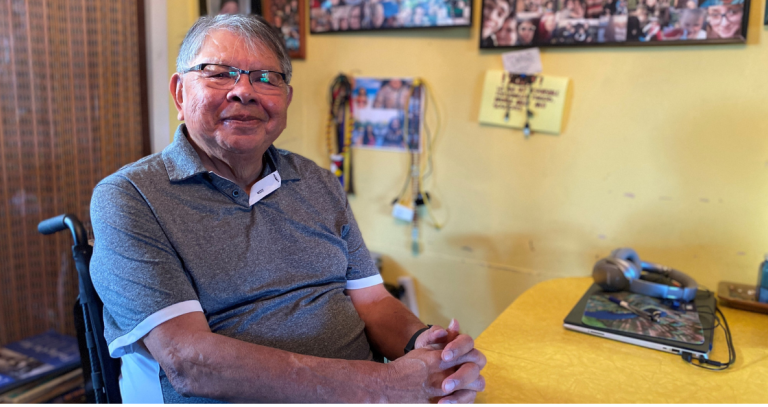 Climate change, personal sovereignty, resiliency, family and being together — and why he may not wear an orange shirt this year. 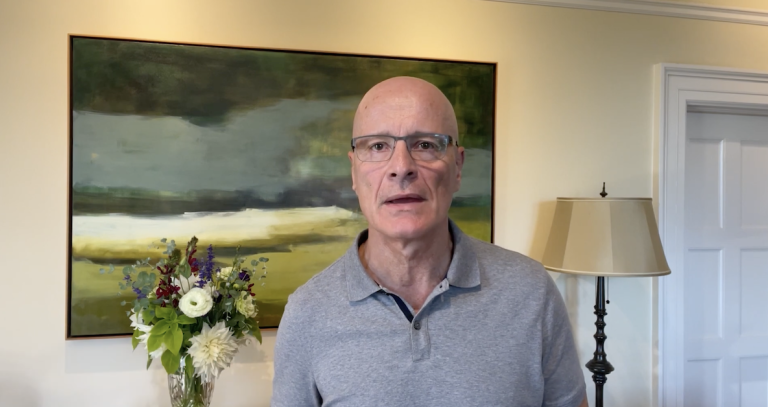 Indigenous President Royal Roads in the media
View all news