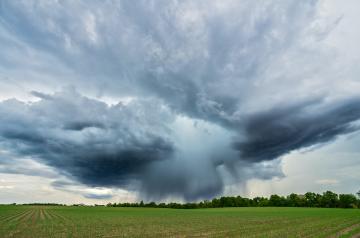 Seven years ago, in a Walrus talk on what is needed for us to develop resilience in the face of climate change, I called for a Neverland mindset – a mindset where the impossible is possible. Neverland is an imperfect metaphor of course, connoting not only imagination but also magical thinking and an endless reprieve from responsibility. But I used it to suggest that we needed, and still need, a mindset that is more akin to that of a child, a mind that is able to take imaginative leaps and is less constrained than the adult mind by cultural norms and constraints, and the routinization of thinking that happens as we age.

At that time of the talk, we were still aiming to keep global heating to or below1.5 degrees – a goal that by most scientific accounts although still feasible, is extremely unlikely given where we are at globally with emissions reductions. As I look back at that talk and think about where we are at today, it is clear that we are still locked into a way of thinking that, despite it not serving most of humanity well, and despite it having devastating consequences for other species as well, continues to drive our behaviours. This is the dominant cultural mindset that thinks in silos, contributes to our disconnection from nature and each other, and frames us primarily as producers and consumers.

As I reflect on this lack of progress, I feel a sense of heaviness about our future. I feel what many people are feeling these days, anticipatory grief for what we are losing and where we seem to be heading. According to the International Monetary Funds tracking, global greenhouse gas emissions continue to rise and many countries, including Canada, are failing to enact the measures necessary to slow emissions and global heating down and respond effectively to the impacts that of that heating.

To be sure, there are countries making changes to reduce their emissions significantly. #ClimateActionTracker (CAT), an independent scientific analysis organization, “quantifies and evaluates climate change mitigation targets, policies and action.” According to CAT, the policies, actions, and targets of Norway, the United Kingdom, Nigeria, Morocco, Ethiopia, and Nepal are almost sufficient based on a fair share target and aligned with keeping global heating under 2° Celsius. Canada, on the other hand, lands in the Highly Insufficient category, along with Mexico, China, Saudi Arabia, Egypt and several others, indicating that our policies and actions are grossly inadequate, and tracking us towards a 4° Celsius world.

So, what needs to happen? It is certain that everyone is paying more attention to the issue of climate change, having experienced directly or indirectly the enormously disruptive and destructive climate-related impacts from events such as Hurricane Fiona (2022), the deadly 2021 Heat Dome in BC, the devastating wildfires in 2021 that destroyed the town of Lytton, and the crazy, destructive atmospheric river that hit southwestern BC also in 2022. That increased awareness is good, of course, but what is really needed are much more aggressive targets and actions to reduce our emissions (mitigation) and prepare for the impacts that we can no longer avoid (adaptation).

We are still failing to set or, more importantly, take the necessary actions to realize ambitious enough targets. According to CAT, our country’s new 2030 targets although better, are still incompatible with the Paris Accord’s 1.5° C target. We missed our 2020 target, and we continue to be in the top 10 of global polluters. As #350.org, a climate advocacy group also reminds us, it is even worse. Despite being a member in this undesirable top 10 category, because our population is very small compared to other countries in that category (countries like Brazil, Indonesia, Germany, and Japan), we are in fact one of if not the worst polluters in the world.

A recent report released by the Canadian Climate Institute makes the human and economic costs of climate impacts in Canada clear. Not only do impacts from the increased frequency and intensity of extreme weather events cause enormous human suffering and loss of life, they are also a huge drag on Canada’s economy. As the Damage Control report states, Climate change will “reduce economic growth at both the national and sector levels, straining government budgets, reducing household income, and eroding Canada’s competitiveness.” The report estimates that Canada’s GDP could fall by 12 percent by the end of the century, with household incomes falling even further (18%). The insurance bill alone for Fiona’s impacts is estimated at $700 million, and this doesn’t even account for the many uninsurable impacts such as job disruption, health impacts, and the uninsured losses due to flooding. The Climate Institute report estimates that Canadian tax payers will be facing annual disaster recovery bills of $5 billion by 2025, and $17billion by 2050. And again these are gross underestimates of actual costs when uninsurable costs and losses are added in, and the CBC news reports that the federal Disaster Mitigation and Adaptation Fund is already oversubscribed and will run out of money before it is set to expire.

So with this picture in mind, and as we, along with other signatory nations head to COP 27 in Sharm El-Sheikh, Egypt, we have to ask ourselves as a nation, what does it mean to continually show up to these events and still do nothing close to what we need to do to avert global catastrophe? The Canadian government says that COP 27 will provide an opportunity to “showcase Canadian climate action” and launch Canada’s National Adaptation Strategy. It begs the question then of what we will be showcasing with such a poor track record of action. Celebrating successes is only meaningful if the successes are actually there. Further, flying to a resort town in Egypt with all the emissions that that entails, to a country with a dismal human rights track record, a country that until recently had no emissions reduction target, and has been scaling up its domestic fuel production, is, one could safely argue, an enormous paradox. We have to speak up honestly and courageously about such inconsistencies in the context of our stated commitments to climate action, human rights, equity, and justice. As they say, actions speak louder than words!

So what needs to happen?

It is clear that things need to change, and change quickly. We need to scale up government investments in proactive adaptation measures – the Damage Control report estimates that we could reduce climate-related damages and their costs in half with adaptation measures that reflect the actual risks and impacts that Canada and Canadians face. 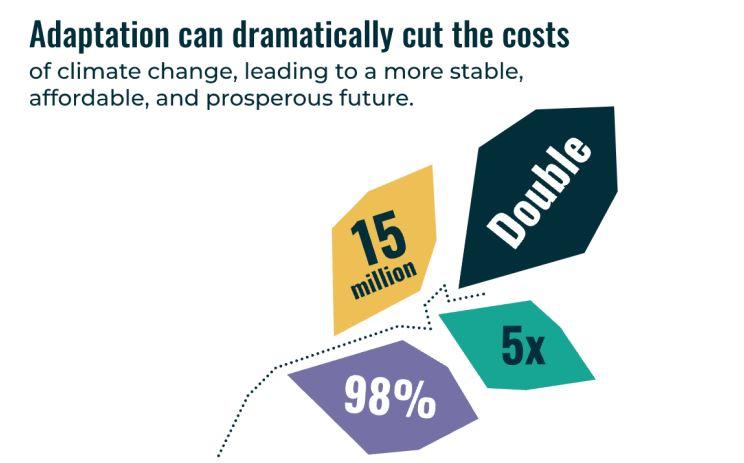 The Costs of Climate Change to Canada – Canadian Climate Institute

At the same time, we need to not only set more aggressive emissions targets, but align government decisions and investments and actions with those targets. Setting targets is meaningless if we don’t meet them, and we can’t reduce emissions if we continue to invest in fossil fuels and let those companies who profit from fossil fuels off the hook for contributing their share of the costs of the disaster impacts they create. What will finally prompt us as leaders and as citizens to lean into the possibility of a future in which we, as Canadians, embrace our responsibility to each other, to the world and all its peoples and species? What will it take for us individually and collectively to live our commitments to truth and deep reconciliation with Indigenous peoples, nature, and ultimately ourselves?

We need to cultivate and choose leaders – political, corporate, community – with the mindset, the will, and the means to turn this trajectory towards catastrophe around. Our capacity to imagine is our most useful skill. It is our human super power. And we need to turn this imagination not just to technical innovations, but to cultural innovations. We need to picture not only the catastrophe we are hurtling towards, but also the possibility of another more liveable, equitable, and desirable outcome, and then we collectively need to take the necessary transformative actions to realize that vision.

The time has passed for us to believe that acting on climate, and creating systems change is the responsibility of others. Individual actions, individual behavioural changes are important. They can and will contribute to those changes. But individual actions will never be sufficient to make the shifts we need to make. Engaged citizens, public campaigns, and advocacy coalitions need to drive political will to prioritize climate action, not just rhetorically but in practice. Systems changes will require political will and imaginative and courageous leadership to generate new policies, laws, regulations, and standards that contribute to a future we want. Systems change will require federal, provincial and territorial government investments in up-skilling and retraining for a climate aware, climate informed, and climate ready workforce – a workforce that knows how and why to integrate climate considerations in all decisions and a workforce that is empowered to do so.

In the face of the challenges that are so apparent and so urgent, we need to believe in our capacity to change, call for those changes, and have the courage enact them. Uncertainty is scary, but we can’t swim to a new horizon without letting go the shore. We need fewer Captain Hooks, leaders who are clinging to the status quo, to the economic, political, and cultural systems that, even as they crumble continue to serve only a small elite. Instead, we need leaders with a little more of the Neverland imagination and courage; leaders who will take risks and create and enact policies, funding initiatives, and climate actions commensurate with the challenge. We need leaders who will step up and we all need to step up alongside them.