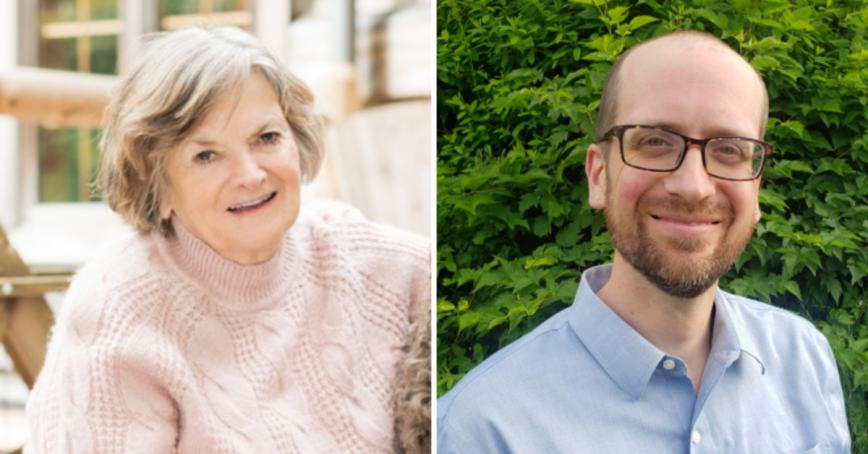 Two Royal Roads University colleagues are aiming to take some of the “search” out of “research.”

Ann Dale and Rob Newell have teamed up to create CoLabS — which stands for “community + collaboration + sustainability” and is pronounced Ko-Lab-Ess — a flexible and customizable online platform for facilitating virtual collaboration amongst researchers, from university professors and students to non-profits, government agencies and community groups.

The goal in creating CoLabS, says Newell, an adjunct faculty in the School of Environment and Sustainability at Royal Roads and an associate director of University of the Fraser Valley’s Food and Agriculture Institute, was to develop a new type of online collaboration tool for people having conversations about sustainability.

And it’s not just one tool but a box full of them, an arsenal of open-source apps for video conferencing, sharing documents and links, and designing research in both private and public forums. The concept grew as an offshoot of changingtheconversation.ca, which Dale and Newell developed as a site to host engaging tools for disseminating research (such as interactive visualizations), as well as an online forum where people could have conversations about sustainability.

“It became clear to us that we had the capacity to create an online platform that allowed people to engage in multiple different ways,” says Newell, whose own research focuses on integrated planning — for example, “How does climate action link with a whole variety of social, economic, environmental objectives?”

Integrated planning requires participatory processes that engage a variety of stakeholders, he says. Thus, using CoLabS, different participants in a study might hold video conferences, maintain text chats, access image packs, share documents and resources, show their research and methodology, and post links to other groups already addressing the same problems. There are also tools with which to enter or download data, or access public maps. And they can customize their collaboration space to their needs, incorporating only the tools they require.

“It is something that I’d find useful” as a researcher, Newell says, noting the open-source CoLabS is evolving as it is exposed to beta testing and focus groups.

Dale, who is director of Royal Roads’ School of Environment and Sustainability as well as a researcher, public advocate and environmental policy analyst — and the host of the provocatively named podcast “What the f*** is biodiversity?” — calls it a platform for building coalitions.

And she sees in it potential for helping community and environmental groups shape development where they live, for instance, by learning from their counterparts in other regions — as Dale says, “to share the lessons of one campaign, or one group would learn from taking on a particular issue… and then sharing those lessons across groups.

“Because it seems to me this country is characterized by… solitudes, between east and west, French and English; silos, between the academic community and the business community; and stovepipes, which are within organizations.

Such learning could include, for example, an environmental group aiming to influence a planned development in its small corner of B.C. learning strategies that similar organizations found effective in swaying local governments in Ontario or Nova Scotia.

Indeed, the CoLabS duo has been walking the walk on the project; while their collaboration on CoLabS began at Royal Roads, both are contributing from their respective locations: Dale from her cabin on Maskinonge Lake, 59 km from Ottawa; Newell from his home in Abbotsford, B.C.

And they’re both hopeful researchers will make the most of their efforts.

Says Newell, who was previously a Banting Postdoctoral Fellow at RRU researching integrated models and visualizations as tools for community planning: “It’s only as valuable as the people who actually use it and what it gets used for.”