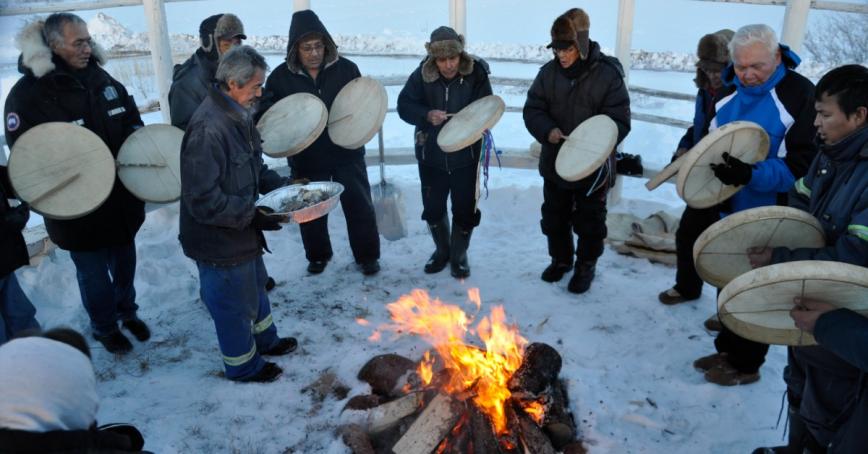 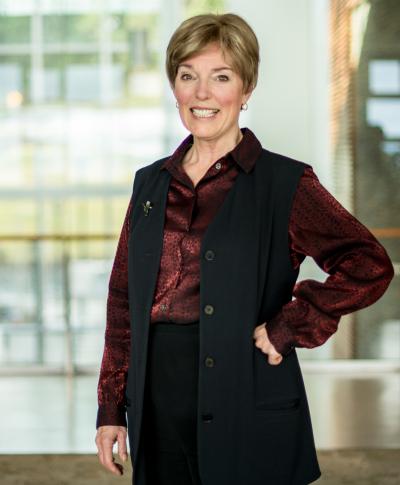 “We have been waiting for you. We’re ready for you. Now we need you.” These were the words spoken to Royal Roads associate faculty member Mary-Anne Neal by the band leadership when they came face to face after 44 years apart.

Neal spent the summer of 1971 in the remote Dene community of Colville Lake, north of the Arctic Circle, creating friendships that would last longer than half a century. She went back home and never forgot her new friends. They didn’t forget her either, and so many years later, they needed her.

After signing a land claim agreement, this was a community that needed to build skills and capacity for self-government. The Sahtu Dene and Métis Comprehensive Land Claim Agreement is a modern treaty that bound five communities together in a historic legal way.

One of the barriers was literacy. That’s where Neal came in with an idea, a dream, even. What she proposed was a project that was designed to bridge the gap.

The community would come together and create something literary: Dene Heroes of the Sahtu. It was an award-winning, collaborative, fully Indigenous literacy project that published four books in four years. All the participants would write something to celebrate their Dene heroes.

The project was about so much more than writing skills and literacy. It had goals of improving skills like collaboration, technology, time management, interviewing, budgeting, and proposal writing. The project was framed around local heroes because Neal saw the cultural pride in the people she surveyed as she designed the program and she wanted that pride to be part of the learning opportunity.

People in the community aged 10 through 82 worked together to create a written record of all the people and facets of their culture they valued. They learned how to send emails, attach and name files, illustrate and do photography, and they also learned about intellectual property. Their skills grew as they celebrated their cultural pride.

Each year of the project, Neal would travel up in April to get the community started, in the summer to collect stories, then again in the fall so she could gather more, then edit and publish the books. She would ship them up in December and hold a book launch in January. The launch included a drum dance and Elder’s blessing.

Everybody who contributed to the book got two books, one to keep for themselves and one to give to their hero. Other community members could buy copies at cost. The project was initially funded by the community, but money started running out, so they created a youth team and subsequently won the Arctic Inspiration Prize for innovation in the North. The prize included $100,000 of funding which provided laptops, travel and training for team members.

The experience Neal had with this beautiful community is the basis of her memoir Under The Midnight Sun. Beyond the story of a lifetime, the Dene people gave Neal the gift of friendship unlike any other. Half a century later, their relationship continues to endure. “Their concept of friendship is not based on the number of times that you see someone, or the number of times you hear from someone -- it goes deeper, from soul to soul.” 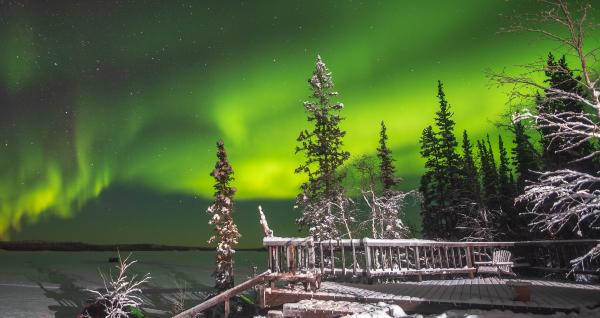 Aurora borealis, or Northern lights, above Colville Lake, in the Sahtu region of the Northwest Territories.

The Dene people told stories about Neal to their children and grandchildren, and she returned to help them tell their own stories. As a teen, she had come to them in 1971 with no agenda, only a desire to get to know them -- not to study them and not to extract anything from them, but to form lasting relationships. In the end, all parties now hold stories of friendship in their hearts and of cultural pride on their shelves.