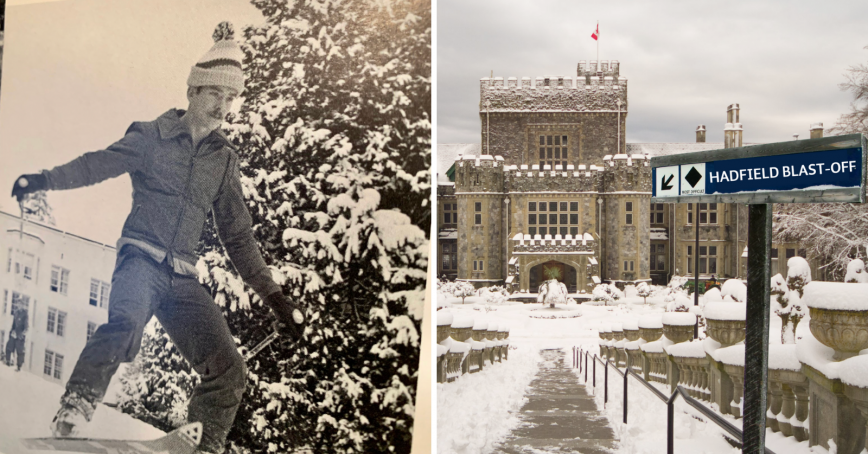 A snowy moment from the ‘70s captured Royal Roads Millitary College ex-cadet Cmdr. Chris Hadfield about to make a ski descent down the Neptune Stairs on campus. To return the fun, Royal Roads joked that the staircase would become a ski run named for Hadfield.

Black Press reached out to CDR Hadfield about the posts and here is some of what he has to say about his time as president of the Royal Roads’ ski club:

“That was a cherished memory, pulling out of Royal Roads and driving… quick as we could on a Friday and getting up to Whistler for two full days, and then driving back late Sunday night,” said Hadfield. He further goes on to reminisce about experience at Royal Roads. “For me it all started there, just up the hill from Hatley Castle. It’s such a beautiful place there with the castle and gardens and all the way down to the lagoon,” he said. “It was a big part and an interesting part of my life.”

Read the full story (and please do not attempt this stunt unless you are a 1979 BEng student and former Commander of a space station.)