Public culture and connecting during the pandemic 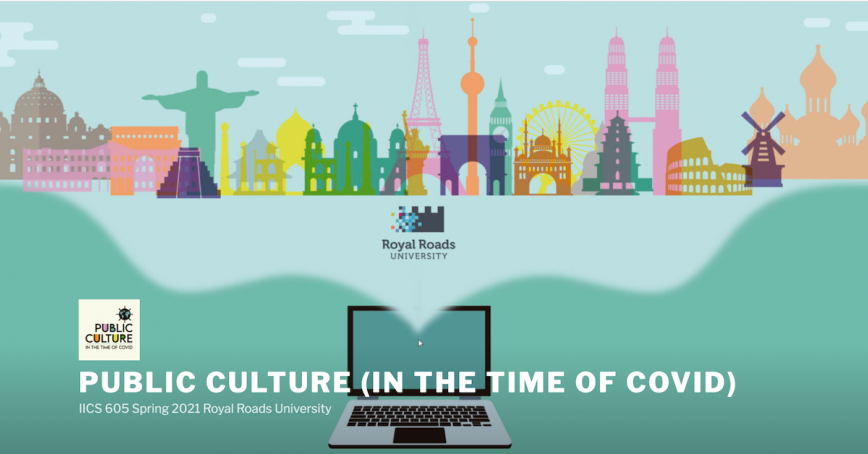 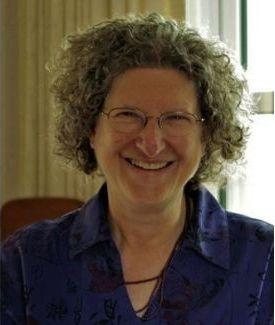 In a normal year, students in Dr. Wendy Leeds-Hurwitz's intercultural and international communication course at Royal Roads University would study local public culture organizations, such as museums, galleries and community theatres, and create documentaries about what they'd learned.

But that couldn't happen this spring due to the pandemic. Instead of being on campus, most students were scattered around the world. Just as with the public culture institutions they were to study, they had to find another way to connect. The solution for both was to go digital.

Leeds-Hurwitz, associate faculty at RRU and Professor Emerita at the University of Wisconsin-Parkside, revised the course and gave it a new, informal name: Public Culture (in the time of COVID). The course, taught as part of the Master of Arts in Intercultural and International Communication program, swiveled to studying how these mainstays of community culture and the arts reached the public during the pandemic.

Now that the program is complete, Leeds-Hurwitz says the students are ready to take what they've learned and apply it in the real world.

“Every single one of these students can now go out and get an internship, if they so choose, making the kind of moves that they now know work for public culture organizations,” says Leeds-Hurwitz.

“What I did when I designed the course is to put it together to specifically take advantage of the pandemic,” she says. An early inspiration came from TikTok videos made by the Uffizi Gallery in Italy that were getting an enormous response.

“And it was pretty obvious, pretty quickly that that sort of shift, from what are traditionally conservative organizations that were not mostly on social media, was going to be important,” Leeds-Hurwitz says.

The shift became the topic for the course.

Most organizations, she adds, post content to their websites, then use social media to link back to them.

“That's not effective, especially at the moment,” she says.“So, what the students had to figure out was, who is doing something that doesn't just get people to look at it and read it, but gets people to do something in response, to make a comment, to do something to participate in some way, to connect in some way.”

The Museum of Art of Sao Paulo in Brazil challenged people to make their own art, and then put examples up across various social media platforms for others to see and discuss. The Metropolitan Museum of Art in New York challenged followers to recreate paintings with clothing and objects they had at home. Others set up their own challenges. All got amazing traction.

“People like doing something more active with culture instead of just looking at it,” Leeds-Hurwitz says.

“Making art is a very good way of coming to understand art. Figuring out what the parts of somebody's costume are helps you understand what the artists did when they painted it, for example.”

In all, the class documented 28 public culture institutions across the globe, including Canada, the United States, Mexico, Brazil, the UK, the Netherlands, France, Denmark, Israel, India, China, Hong Kong, and New Zealand.

As a way to share what they learned, four students took the lead in creating a logo, and a website, as well as Facebook and Instagram accounts, to showcase the work of the class.

Leeds-Hurwitz says they learned a lot that could be useful to many others about the shift to digital that the pandemic has required.

“Since the pandemic is not yet over, what they have learned could assist public culture organizations that have not yet adapted, but still need to,” she adds. “The whole goal of a public ethnography project is to share what is learned by students.”

Monica Sethi chose the Metropolitan Museum, which came up with different challenges on Instagram and Twitter to tap into the creative side of its followers and share its collection, representing 5,000 years of the world’s creative expression.

The museum’s social media challenges included #Mettwinning and #MuseumBadHairDay, the latter of which included posting pictures on social media of statues wearing wigs and encouraged followers to mimic the statues.

“All of these changes made the public believe in the idea of public culture institutions as third spaces, which are beyond geographical boundaries and ideal for conducting intercultural and international dialogue,” she says. “The general expectation is that these institutions will continue to make their culture and content accessible to the public to act like facilitators instead of custodians.”

Fernanda Martinez Ochoa studied the Jumex Contemporary Art Foundation, which is in Mexico and gives scholarships to aspiring artists.

“I wanted to analyze what a great art institution from my home country could do in comparison to the bigger, more famous, institutions,” she says. “It actually had great ways to engage with its audience and practices successful many-to-many communication, which has helped them increase their public attention during the pandemic.”

“The use of hashtags, for example, has proven to be a great way to involve people. It has become a simple but effective instrument for institutions to use as a way of naming a particular digital event and making it memorable,” Martinez Ochoa says.

Virtual tours, meanwhile, allows followers to get a better feel for the physical institutions, she adds. Creating content in various languages is another way to expand audiences, while transmedia storytelling is an active way to engage with participants.

“I mostly noticed how useful transmedia storytelling is by applying it to our public ethnography project at the end of the course; we noticed that its use made those classmates who visited our pages more interested and involved in the project,” Martinez Ochoa says. “Engagement equals more visits.”

Leeds-Hurwitz says she expects these organizations to continue to reach out digitally.

“The whole reason these sorts of organizations exist is to share what they've collected,” she says. “They can't do that if people can't to come see them.

“So, what the museums and libraries and archives and all the rest of these organizations have managed to do is reach outside their borders to reach people they never thought were their public before, to reach a worldwide audience.”