Past, present & disaster: How a historian became a gold-medal scholar

Master of Arts in Disaster and Emergency Management 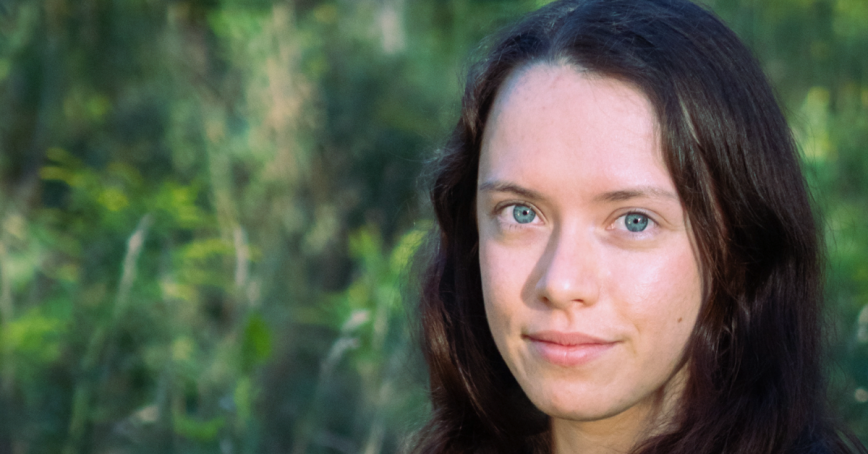 “What’s past is prologue,” Shakespeare wrote 400 years ago in The Tempest, with the character Antonio opining that history sets the table for present predicaments.

Maia Foster-Sanchez would agree — and she should know.

Not an English major but a historian and documentary filmmaker, she has traveled across Canada to tell stories steeped in the country’s past. As a recent graduate of Royal Roads University’s Master of Arts in Disaster and Emergency Management (MADEM) program, she has witnessed how hundreds of years of history play a role in something as urgent and complex as taking care of Indigenous people affected by wildfires.

For her scholarship and research on that topic, Foster-Sanchez was named recipient of the Governor General’s Gold Medal at RRU, an honour awarded to master's or doctoral students who have achieved the highest academic standing in their degree programs.

While she might seem to have taken an odd educational path — from a bilingual Bachelor of Arts in History and Political Science (from McGill University and York University’s Glendon College) to an MA dealing in disasters — it’s a perfectly logical route for Foster-Sanchez, an Ottawa resident who first became interested in the latter topic as a teenager.

Referring to events such as Hurricane Katrina and its effects on New Orleans or the impacts of Hurricane Maria on Puerto Rico’s agriculture sector, “you start picking away at the history” to find the “social vulnerability” side of the story.

“Without the historical context, you’re just dealing with the present, which does not answer the question, ‘Why does a hazard that impacts a community turn into a disaster?’”

With this context in mind, amidst her MADEM coursework and with her history background, Foster-Sanchez found a research topic closer to home. Her thesis was titled Hosting with humility: Timmins’ 2019 host community experiences and examined the Ontario city’s experience hosting First Nations evacuees who had to leave their communities because of flooding and wildfires.

Initially, Foster-Sanchez says, she intended to learn why some people in First Nations communities were hesitant to evacuate in the face of wildfires. But in speaking with her thesis advisor, a lead researcher with the First Nations Wildfire Evacuation Partnership (FNWEP), she shifted her focus to the host community.

It was helpful, she says, that Timmins welcomed the research and the opportunity to improve its work as a community hosting evacuees. The participants in her study shared their experiences related to the impacts of hosting back-to-back evacuations, various challenges and their hopes for future hosting operations.

From the evacuees’ side, Foster-Sanchez learned about the challenges faced by First Nations communities: they’re uprooted on short notice and going home takes much longer; they often don’t know when they’ll return to their homes or what will await them when they do; extended families are separated, affecting the support systems they provide; hunting and schooling are disrupted and there can be a lack of appropriate activities to keep people occupied while they wait.

The city underlined its desire to be a good neighbour and emphasized how working with a third-party contractor can create municipal capacity for hosting. However, many participants highlighted the need for increased support from other jurisdictions for host communities in northeastern Ontario.

As well, at a time when there’s increased and necessary attention on issues around truth, reconciliation and land rights, there’s the realization that Canadian colonialism pervades the entire relationship — that settler Canadians are often hosting Indigenous people on traditional First Nations territories.  The City of Timmins was founded in 1912 but Indigenous peoples have lived in that area for thousands of years.

Referring to historic treaties with the First Nations communities whose members were evacuated to Timmins, Foster-Sanchez says she asks, “How have these contexts informed the present day? How has that created the need for host communities?

This approach to understanding the historical legacies that affect the evacuation experience for those northern Ontario First Nations drew the praise of Assoc. Prof. Jean Slick and RRU’s School of Humanitarian Studies — and their support for nomination for the Governor General’s Gold Medal. They praised her field work, her exhaustive review of existing research and her critical thinking on her research topic.

Foster-Sanchez credits her advisors and the community members she consulted. She also says the assistance of her MADEM cohort was and continues to be crucial, not only for their varied experiences and expertise but for checking in to ensure she was managing while in the middle of her intensive research project.

And while she underlines the need for building emergency management capacity within First Nations communities that includes improved preparedness and mitigation — thereby potentially reducing the need to evacuate — she’s hopeful that her research will contribute to better experiences for First Nations when evacuated and the host communities.