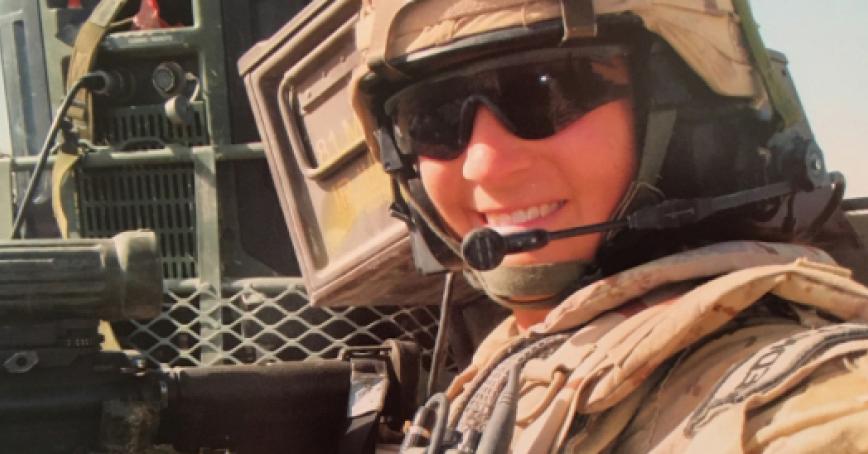 Warrant Officer Jessica Hewett, a Bachelor of Arts in Justice Studies graduate and medical technician with the Canadian Armed Forces, will be the first Royal Roads University recipient of the Lieutenant Governor’s Medal for Inclusion, Democracy and Reconciliation.

The new medal, announced by Lieutenant Governor Janet Austin this year, recognizes a student who excelled in their studies and contributed to the life of the university or the community during post-secondary study, rewarding one or more of these activities: inclusion, democracy and reconciliation.

Hewett, who will receive her degree and medal at Fall 2019 Convocation Nov. 7, was nominated by BA Justice Studies Program Head Kathleen Manion “for her dedication to her scholarship, alongside her navigation skills through conflict and attempts to include multiple voices.”

“She was humble, caring and available to listen to diverse opinions, uphold democratic principles and fight against injustices throughout her time within the degree,” Manion says.

During her 15 years in the military, Hewett served three tours in Afghanistan, including time on the war’s front lines with 1 Field Ambulance in Kandahar. Although her military service is something she “would not trade for anything,” she also had a long-time goal of obtaining a university degree.

“With the high work tempo during the Afghanistan years, the possibility of attaining this goal was becoming more and more unlikely,” she says. “Once posted out of a high-readiness unit, I applied, and because of Royal Roads’ mostly online delivery, I was able to finally make my dream a reality.”

She describes both her education and the news of receiving the medal as humbling. 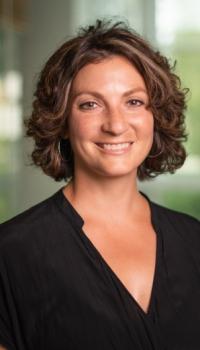 “My journey at Royal Roads was the first time in my life I was directly challenged on my privilege and convictions, and I initially met those challenges defensively and laced with pride and ego,” she says. “I often justified my position based on my life experiences and did not take into account the ‘otherness’ of each person in the cohort.”

Hewett says conversations with her cohort members in the online and physical classroom profoundly changed her point of view.

“Receiving this award is a personal validation of my becoming a more empathetic, progressive woman with a renewed sense of confidence to advocate for others. Even more so, it’s a testament to a cohort that tackled every conversation with vulnerability, passion and a personal conviction that I admire so deeply,” she says.

“My cohort, in all of its successes and challenges, is truly the protagonist in my journey to receiving this honour.”

Now that she’s completed her degree, Hewett will retire from military service in early 2020, embarking on a new career with the Canadian Pension Plan Investment Board. And she says she is determined to continue living and spreading the values she has learned.