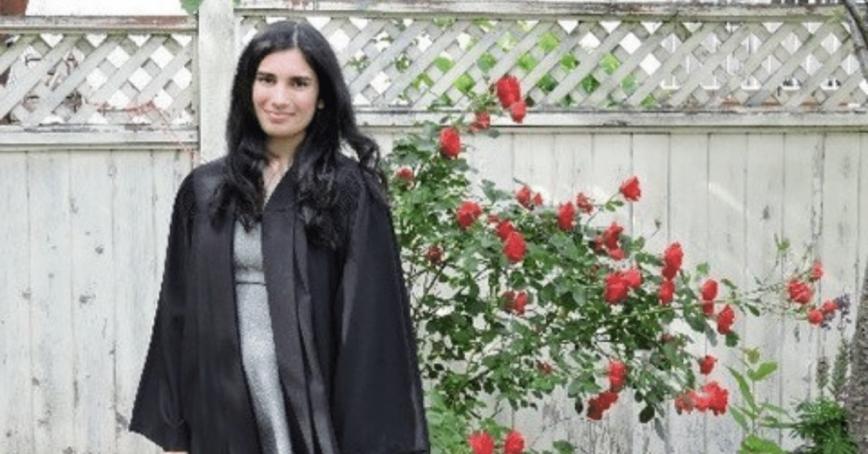 Serena Bains was a good high school student. Well-liked by her peers, well-supported by her teachers, she maintained an average grade just shy of an A, while surrounded by friends and classmates she’d known since childhood.

“I kind of built my identity around that,” says the 22-year-old from Surrey, BC.

But that changed during her first year at university and when it did, she saw herself differently. Even worse, she feared how others — including teachers and potential employers — would see her.

Bains, who’s now in her fourth year at Simon Fraser University studying population and quantitative sciences, was diagnosed with depression and anxiety in that first year. Out of her comfort zone, she says, her emotions ran high, her grades were poor and “everything was off-kilter.”

Learning she has a disability, she says, was difficult. “Even coming to terms with the label.”

With the help and education provided by the SFU Disability and Neurodiversity Alliance, that changed.

“When I was more comfortable with the label of being disabled, I knew that I had a positive connotation of it,” Bains says.

Now, she’s using her experiences and education to pave a smoother path for other young people with disabilities.

Bains is a coordinator with the Youth Leadership Initiative, a partnership between the Vancouver-based Disability Foundation and Royal Roads University. The initiative aims to understand and lessen barriers to employment opportunities for post-secondary students who have disabilities to achieve greater workplace inclusion.

According to the foundation, young people with disabilities “experience greater difficulties with gaining employment in comparison to their peers, and typically have higher unemployment and underemployment rates.”

She has experienced barriers herself; at one job, she heard discussions about colleagues in which derogatory terms for people with a mental illness were used. Those attitudes raised fears and questions: Was this a safe place for her? Would she be able to progress at work? What if they found out about her disability — would they talk about her that way? Those worries affected her mental health, so she left.

With the Youth Leadership Initiative, Bains and her peers are participating in leadership training provided by Royal Roads, advocate for youth — she even created an ableist language guide — and conduct research. She has been spearheading a survey involving youth and student disability groups from across Canada to gather information and form recommendations on how the foundation can best to help teens and young adults address attitudinal barriers.

Beyond the work they’re doing, Bains and the other leaders taking part in the initiative are learning new skills, from project management to leadership, to digital marketing and engagement. And they’re learning from and supporting one another.

“Disclosing my disability or experiences with people… who are on my team, we see it as a strength. And being vulnerable about your disability is really impactful,” she says.

Ruby Ng, executive director of the Disability Foundation, says, “I think sometimes using the same language, having a shared perspective of what we’re trying to build together is really important.

“Part of the work is knowing yourself… and there isn’t always a guidebook or a manual to tell you how to figure that out,” says Ng,  who holds a Master of Arts in Leadership from Royal Roads. “So much of it is in the processing and the reflection, and also being in a community that you feel safe and comfortable with.

“That personal mastery piece is a key component of what Royal Roads brings” to the initiative, Ng says, noting that reconnecting with a school whose focus is on developing the individual seemed a perfect fit when the project was conceived.

“We’re speaking a common language,” says Zoë MacLeod, Royal Roads’ associate vice-president of Professional and Continuing Studies. “We understand what they’re trying to do and the leadership capabilities that future leaders will need to inspire the world.”

MacLeod calls Royal Roads’ partnership with the Disability Foundation “a natural fit” and says it is about creating “transformational learning experiences” for young people who might need some confidence and supports in order to reveal their true potential.

“The intention is to work towards breaking down stigma and creating access, with a focus on inclusion and belonging,” MacLeod says.

Bains agrees, saying developing skills, discovering a purpose and seeing her own value in a way she didn’t during that tumultuous first year of university has been transformational. “It’s changed my total view of the world.”

Are you a young person with a disability? Take part in the Youth Leadership Initiative survey.