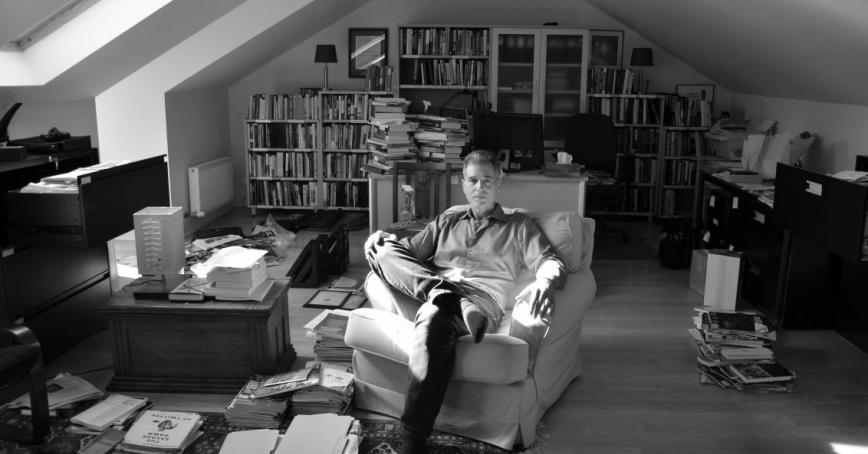 Complexity scientist Dr. Thomas Homer-Dixon, director of the Cascade Institute at Royal Roads University, shares his reflections on the effects of wildfire smoke on the minds and health of British Columbians in The Georgia Straight.

Here’s an excerpt from the article:

On July 5, 2015, bestselling author and sustainability researcher Thomas Homer-Dixon was standing on a cliff on southern Vancouver Island overlooking the Juan de Fuca Strait. He could see the Olympic Mountains in Washington state. But then this magnificent view was suddenly marred by a dense cloud of brown wildfire smoke overhead, appearing like a “gigantic scythe”.

Homer-Dixon described this scene in this way in his 2020 book, Commanding Hope: The Power We Have to Renew a World in Peril: “Soon, the cloud transformed the sun into a feeble orange disc, dusk fell in midafternoon, and the vivid colors of the sea and forest around me faded away.”

Six years ago, an event like this was virtually unprecedented in Greater Victoria. Homer-Dixon was in a position to know this because his father, Doug, was born in Victoria in 1926 and had been the chief forester of the Greater Victoria Water District from 1953 to 1991.

“My dad was very ill at that point,” Homer-Dixon recalled in an interview with the Straight last year. “He was a few weeks from passing away but he was completely lucid. He said, ‘I haven’t seen anything like this.’ ”

Since then, that is no longer that unusual in southwestern British Columbia…

Read the full story at The Georgia Straight.