Engagement at core of award-winning article 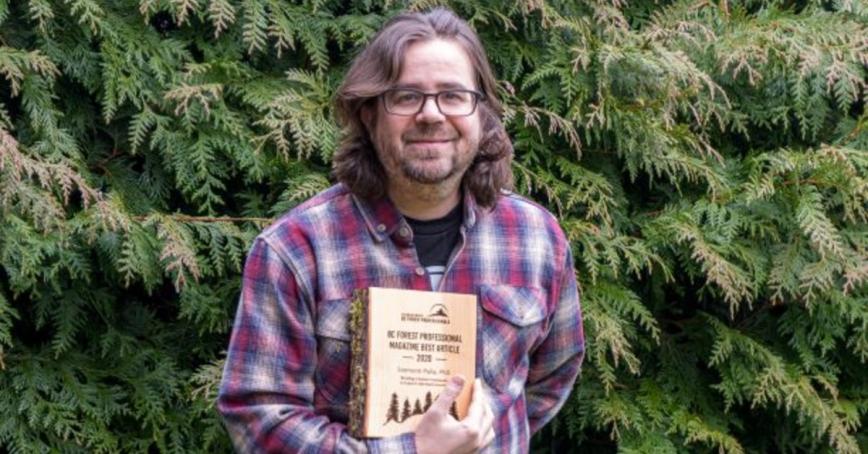 An essay by a Royal Roads University researcher and associate professor was named Best Article of 2020 by the Association of BC Forest Professionals.

The association published the article, headlined “Building a Holistic Framework to Support Informed Consent,” by Siomonn Pulla in the Summer 2020 edition of its trade publication, BC Forest Professional. Pulla will be presented the award during the association’s virtual conference, to be held Feb. 3 to 5.

In the article, Pulla considers interactions between governments, corporations and Indigenous communities over the potential impacts of proposed resource development projects, and looks at both the legal framework for such projects — i.e., the government’s duty to consult First Nations — and the social framework — or the engagement with such communities by companies looking to do business with them.

Both frameworks are the foundation of “free, prior and informed consent” owed any First Nation before it enters into an agreement with a corporation or government body, he says.

But Pulla, who earned a Master of Arts and a PhD in sociology/anthropology from Carleton University, and is an associate professor and researcher in Royal Roads’ College of Interdisciplinary Studies, makes the case that while some corporations are doing their part in engaging meaningfully with First Nations, Canada’s provincial and federal governments are doing the bare minimum required under law.

“With resource development, you find that industry does most of that heavy lifting on the social-relational aspects of building connections with the community,” he says. “I wonder why aren’t our governments building relationships as well.

“They’re talking this talk but they’re not out on the land, they’re not in the community, they’re not actually building the relationships. I would even go as far to say that government really does nothing, from what I’m finding in my research, except check boxes,” says Pulla, whose research has long focused on the past, present and future relationship between Indigenous people and the broader Canadian society.

“We’re talking hundreds of years of relationships and still no clean drinking water in a lot of communities? Something is not working.”

In comparison, in a decade or less, many industries have gone into Indigenous communities, built thriving business relationships, worked with First Nations to create jobs and even, in some cases, supported the development of community infrastructure.

Without a strong social relationship between governments and Indigenous communities, Pulla says, there can be no free, prior and informed consent until all parties can agree on what consent actually means. He wonders whether consent can in fact be a yes-or-no proposition — in effect, a veto for First Nations — even though Canada’s governments don’t see it that way.

Building relationships takes interest and “cultural humility” on the part of senior government officials and a willingness to seek a deeper understanding of First Nations, he says. And it requires more than political statements about the United Nations Declaration on the Rights of Indigenous Peoples.

As for the award for his article, Pulla says he was surprised to receive it but takes it as an acknowledgement that his research is resonating with people outside the academic world.