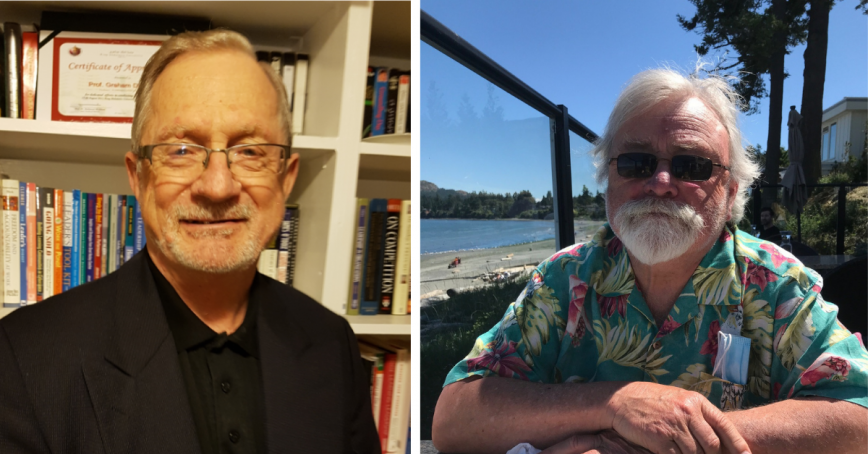 Royal Roads University is celebrating its 25th anniversary, and two people who were there at the beginning are looking back with pride at the integral role they played in the creation of one of RRU’s core programs.

From an initial mandate to create an entire curriculum beginning in September 1995 to the start of the very first class* in July 1996, about 10 months passed, says Nixon, who had been a senior faculty member at Royal Roads Military College when he was asked to join the education planning team for the new public university.

The initial plan was to create a program for educational leaders, many of whom at the time were going to the U.S. to complete their master’s degrees, he says. But Nixon says the advisory board quickly decided “if we’re going to create a program in leadership that will be attractive to educators, it can’t just be focused on education. It has to be focused on the broader understanding — and practices — of leadership that we can learn from the private sector, public sector, volunteer sector and so forth.” 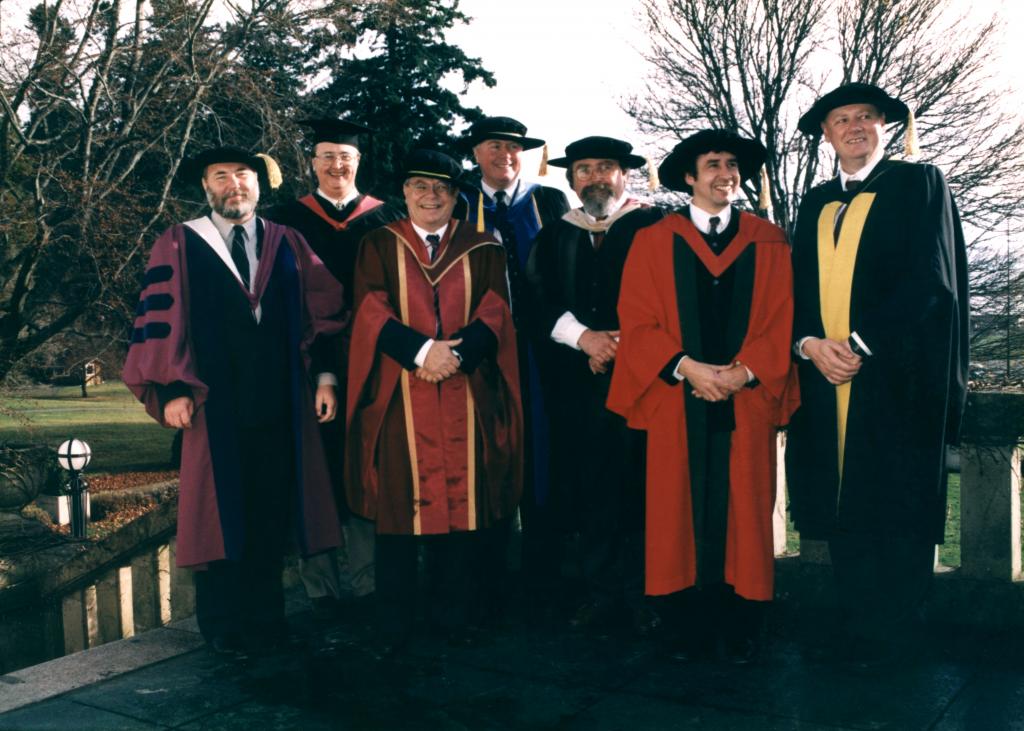 With provincial cabinet approval for the program and the stated learning outcomes granted in March 1996, Nixon, Dickson and colleagues began creating the detailed map of the five-week summer program and decided to start in July of that year.

To attract students, they placed full-page ads in the Globe & Mail and other newspapers around May 1 trumpeting this new program. Perhaps surprising even to them, they received more than 100 applications, eventually selecting 58 people from across the country — all mid-career professionals, about 40 per cent from education, the rest from the public and private sectors — for the first leadership cohort.

“We were astounded. They just flooded in,” says Dickson, who had joined RRU from the provincial Ministry of Education.

“I think we saw people who understood that leadership was quite different from management,” he adds. “That this program was not an MBA, where you’re going to learn the logistics of managing an organization. That you were going to actually learn the capabilities of leadership itself.”

The key for members of that first class — who quickly became ambassadors for the program — was that they were working together on real-world problems from businesses and other organizations rather than textbook examples, Dickson said.

Another crucial piece of the puzzle was the cohort itself, a diverse collection of individuals, experiences and talents — and a model that is followed throughout Royal Roads’ programs today.

“It was a multiplicity of sectors that were drawn to the program, which was a real strength,” Dickson says. “Because, all of a sudden, an education leader would be talking to a private sector leader and getting a different perspective altogether on what leadership felt and looked like. And you’d have someone from government, and someone maybe from the front lines of a hospital. And that cross-fertilization was incredibly powerful.”

Both Nixon and Dickson also give credit to the team that put together the original Master of Arts in Leadership and Training, especially those who helped build the remote portion of the program at a time when not all the students even had access to email.

“It was absurd that we imagined we could do it,” Nixon says, “but we did it.”

* How fast was the turnaround from concept to first class in the MALT program?
1) On the night before the inaugural sessions, staff hosted a wine and cheese reception in Hatley Castle. After the students retired to their rooms, those same staff members — including PhDs Nixon and Dickson — gathered to lay carpet in the plenary session room on the first floor until the wee hours.
2) Chairs weren’t delivered until mid-morning on the first day.