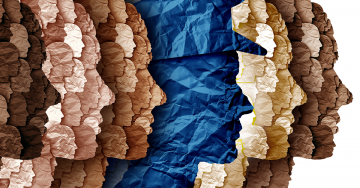 I recently was invited to sit as a member of the research advisory council for the Coalition for Canadian Police Reform (C-CPR). The C-CPR is a group of individuals committed to engaging community members, police, researchers, and politicians in dialogue around the need for transformation within Canadian policing. Having spent over thirty years as a police officer, many of those years in various senior leadership roles, police reform and professionalization are topics I care deeply about.

As a young constable, I recall an impactful lecture I heard from a risk management specialist and retired police officer, Mr. Gordon Graham. His message was a simple one; if it is predictable, it is preventable. I often heard this axiom throughout my career, usually concerning managing risk related to police operations outside the organization. However, I did not hear it espoused as often about non-operational risk. Much has been written about the lack of transformational change in Canadian police organizations and many reasons posited for its ongoing glacial pace of change. All have merit, require serious consideration, and are too complex to discuss in detail here. There is no, pardon the pun, ‘silver bullet’ solution to creating systemic and sustained change in policing. While change efforts have focused on reforming aspects of the police organizational system, isolated efforts have not resulted in the systemic transformational change required for 21st-century policing.

In a study examining change readiness in the Canadian police sector, Duxbury et al. (2018) concluded that barriers to change were primarily internal to the police service, with police culture being a powerful one. These findings provide insight into why transformational change has failed to occur, even when there is a desire and commitment by police leaders. Police organizations cannot transform themselves on their own.

I believe that transformational change in policing will occur when one of two things happens. Either committed community members, police governance members, police leaders, researchers, and politicians collaborate to co-create solutions, demand action, and proactively create accountability for that action.  Or we wait for a significant nationwide crisis to occur that becomes the catalyst for transformational change as several other Commonwealth nations have experienced over the past two decades. The first option will require a new approach to leadership in policing and in politics. A system not anchored in heroic, leader-centric paradigms of years past, but one in which leadership is shared and collaborative and where diversity of perspectives is not feared but valued.  Do we want to lead ourselves through it and proactively share the pain, or do we continue to wait for the coming crisis and deal with the irreparable harm caused by the loss of public trust in policing?

If it is predictable, it is preventable. As anthropologist Margaret Mead famously decreed, “never doubt that a small group of thoughtful, committed citizens can change the world; indeed, it’s the only thing that ever has.”

If you would like to know more about police reform and the professionalization of policing, and how you can get involved, please consider attending the Coalition for Canadian Police Reform Virtual Conference, June 14–16, 2022