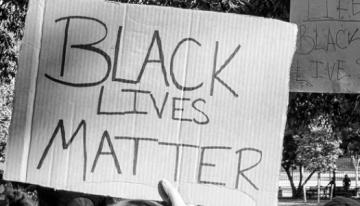 Royal Roads Master of Arts in Intercultural and International Communication student and Royal Roads Afro-Heritage Association President Ruth Nakalyowa was interviewed by Victoria News about the Black Lives Matter movement and about racism in Victoria.

White Victorians have role to play in combatting systems of oppression, prejudice

As footage of unbridled anguish and protest streams out of more than 300 U.S. cities in response to the death of George Floyd and the racism that preceded it, Canadians are reminding their country that racism does not stop at the border.

Boma Brown, founder of the Support Network for Indigenous Women and Women of Colour (SNIWWC) says looking at racism as an American issue might be more comfortable, but doesn’t help anyone.

“I think it’s easier for people not to think that racism exists or that certain communities are marginalized by race,” she said. “But that doesn’t change the fact that that is real for members of that community.”

On June 1, the SNIWWC held a virtual town hall meeting, the first in a scheduled program of public online sessions for discussing the disproportionate impact of COVID-19 in Vancouver Island’s Black communities.

The Zoom meeting was interrupted by a series of hateful and racist messages from online trolls.

“I think because we’re in Canada, and in Canada people always think to compare us to America and based on that people think we’re doing so much better,” Brown said. “And then you also have the fact we’re in Victoria, which is an even smaller community. I think sometimes its just awkward to talk about those sensitive issues, but it’s something members of the Black community are living every day.

“We can’t stop experiencing racism for the convenience of everybody else. It’s the reality we live with.”

U.S. protests erupted May 26, shortly after a video began circulating of Floyd suffering beneath the knee of a Minneapolis police officer. He died in police custody and the officer was arrested and charged four days later. For many Americans the arrest was too little, too late and protests spread across the country and beyond.

“The events of the last several days south of the border have sparked difficult and important conversations, as once again the systemic racism in American society is revealed,” Victoria Mayor Lisa Helps said in a statement on June 3. “Racism does not stop at the border. These are also conversations we need to have here in Victoria. Racism has no place in our city or our country.”

June 3 was also the day charges against the officer who knelt on Floyd’s neck were upgraded to second-degree murder, and it was announced three other officers at the scene would also be charged.

But the work isn’t over and moving forward to long-term change will take commitment, Brown said.

“I think often times it’s easy for people to go to one protest and feel like they’ve done their part and that’s it,” she said. “My hope is that people are using this opportunity to learn and educate themselves about racism and what it looks like.”

Nakalyowa, who is originally from Uganda and has lived in the U.S., Europe and other African countries, emphasizes that her experience as a Black woman is singular, but racism is not.

“We’re not attacking you personally,” she said. “It’s just a reminder that our lives matter. All lives won’t matter as long as Black lives don’t.”

Taking steps towards change may be uncomfortable for white people, but it is necessary, Nakalyowa said.

“We’ve gotten a lot of people’s attention,” she said. “Listen, learn, re-learn, reflect, engage with people and see what role you can play in this movement.”

“It really isn’t the responsibility of Black people to educate the people around them,” she added. “We are exhausted. I think this is something you hear over and over. I personally feel very tired, I have seen too much, I am still mourning seeing how George Floyd died.”

On June 7 at 4 p.m. a Peace Rally for Black Lives will be held at Victoria’s Centennial Square. The event is open to the public to stand “in peace and solidarity for black lives.” Attendees are asked to bring signs and candles, wear masks and do their best to social distance.