What’s in the (water) works at Royal Roads 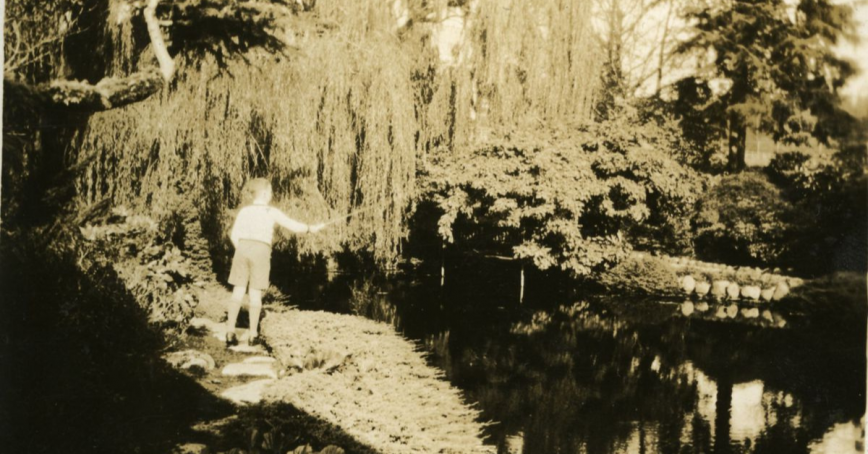 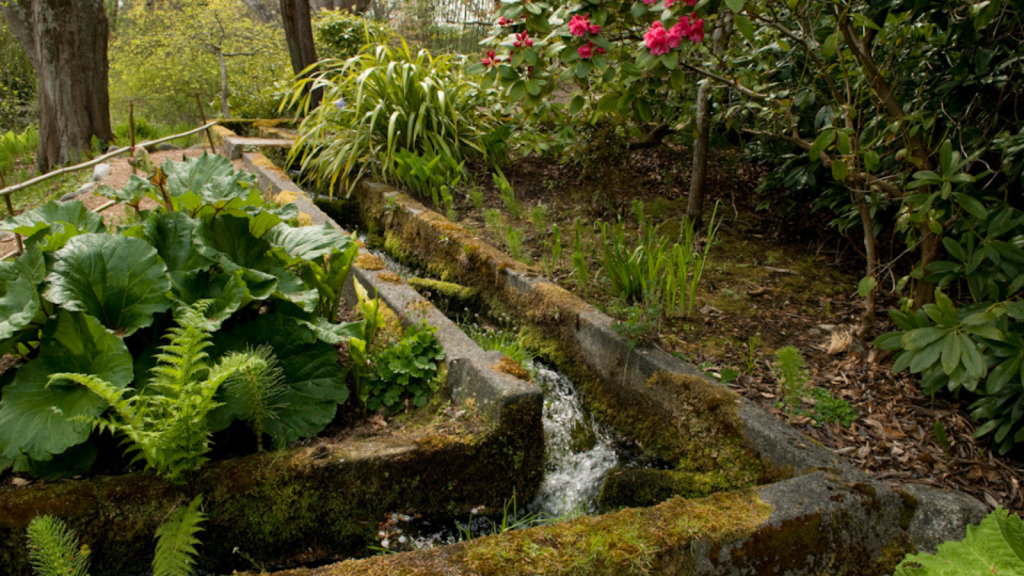 “The story begins in 1958 when I was a Senior Cadet at Royal Roads. My mother had died the previous December and my father, a long-serving senior NCO in the RCAF, had moved out of Permanent Married Quarters back into the barracks. For reasons forgotten by me now, I ended up with the family fishing gear and camping supplies, which I dutifully brought back to Royal Roads…”

The ponds and fish ladders on the grounds of Royal Roads University hold different meanings for different people.

For Jenny Seeman, RRU’s archives manager, they’re a reminder of Hatley Park’s past as the Dunsmuir family estate. The ponds were built from 1912 to 1914, she says, with some 120 metres of fish ladders connecting them, perhaps a common feature amongst the wealthy who had the land and money to create such features.

For Jeff Wright, Royal Roads’ supervisor of gardens and grounds who has worked at the university for 22 years, the ponds and ladders have become a natural system and habitat that provides a technical and work challenge. They require regular maintenance handled by gardeners, grounds workers and even the arborist. Keeping the channels open for the saltwater trout is paramount, as is making sure the lakes do not overflow — a constant concern.

And for James Cooling, an ex-cadet who attended Royal Roads Military College from 1956 to ’58, the ponds were where he and some classmates got lucky when they caught trout — and got luckier when the school’s commandant caught them.

“In early April, we went into Examination Routine. During this time, there were less parades, sports were curtailed, and we were left more time to study. I was discussing this with my classmate, Leo Gervais, when we both began to think it will be a good time to go fishing… There was only one problem: During our previous recruit year, Capt. John Charles, our Commandant, had made it abundantly clear that these trout were a college treasure and were not to be molested in any form. I figured if we got up early enough, we could get in an hour’s fishing before the college day started…”

“Blessed with so much water”

Fish ladders were often used to bypass industrial installations, says Seeman, who notes the ladders and lakes at Hatley Park created an artificial channel down to Esquimalt Lagoon — where intertidal clam beds had for millennia been a rich source of food for the Xwsepsum (Esquimalt) and Lekwungen (Songhees) ancestors and families — to attract cutthroat trout.

In fact, Wright says, the Dunsmuirs took an established wetland and enhanced it, drawing on natural streams and groundwater to fill the ponds.

“We are blessed with so much water here coming out of the ground. It’s amazing,” he says, noting the ponds also attract abundant wildlife.

But while that water is naturally occurring, maintaining the ponds and ladders takes human effort, including clearing tree roots, storm debris, algae and aquatic plant material floating in from the bottom of the three lakes that the resident otters pull up daily.

That’s why the lakes and ladders are part of A Vision in Bloom, a fundraising campaign focused on the university’s historic gardens, grounds and related facilities.

And rebuilding at least parts of the fish ladders is a component of that work, including replacing some of the stone or concrete steps and clearing roots.

All the work is for the health of the ponds and their aquatic life — and especially the fish.

Cooling and his classmates would undoubtedly appreciate the effort, so here’s the rest of his story, taken from a memoir in the RRU archives:

“Up at the crack of dawn, we snuck down to the lakes and began fishing... In 15 minutes, we had each caught a 2 lb. fish. We took them back to my cabin, got out the frying pan and butter and fried the trout… The fish was excellent and after cleaning up everything, we decided it been so easy we must go back for more fish.

“So the next morning, we were back again at the lakes and were rewarded with two more fish. As we started to leave the lakes area and were congratulating ourselves on our good luck, we saw a figure approaching. As he got closer, we could see it was our new Commandant, Col. Cooper. Quaking in my boots, I feared we would be on punishment for years. I couldn't turn around and hide since he had seen the both of us, so I kept on walking.

“Then I noticed something odd: The colonel had a fishing rod over his shoulder. I was greeted with a ‘Hi, boys. How’s the fishing today? I was fishing last week but l was not as lucky as you guys.’ We smiled graciously and kept walking back to the Nixon block, our barracks. After consuming our latest catch, we thought about our exams and decided discretion was the better part of valour. Our early mornings fishing on the lakes were over.”