President Royal Roads in the media 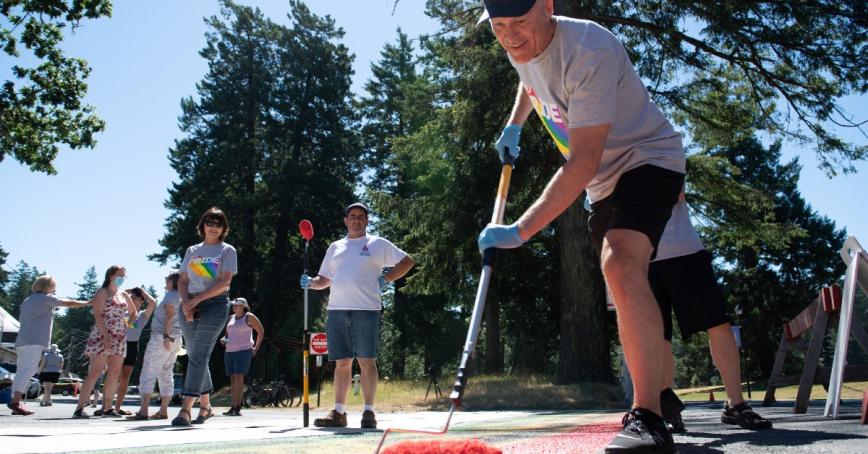 Here’s an excerpt from CHEK News:

Back in May, Wood and his fellow students were devastated to find their newly installed rainbow crosswalk had been defaced with hateful, homophobic slurs.

“To see it vandalized was heartbreaking because it felt like a personal attack towards me,” said Wood who had spearheaded the crosswalk initiative.

The community, however, has been rallying around the students ever since.

“By being a part of something like this I’m pushing back on that kind of hate and trying to put out love instead,” said Royal Roads student Megan Maher.

Watching the high school students in action has become a source of inspiration, and hope, for Steenkamp himself.

“It took me until I was 38 to summon up the courage to come out, so seeing these high school kids here is so tremendously inspiring to me and so exciting,” he said. “We want to do everything we can to show them they are loved, they are cared for and supported.”

Watch the fun on CHEK News and read the full story at The Discourse.