‘His whole life revolved around those gardens’ 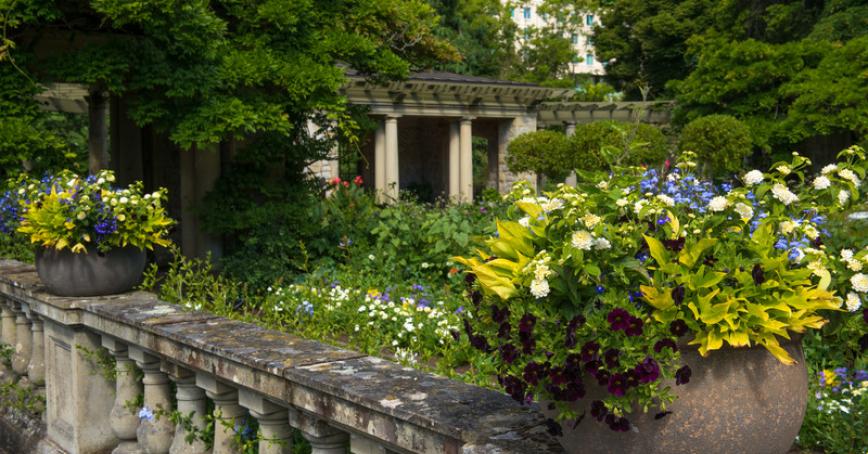 Over the 100 plus years at Royal Roads — first as a private estate, later as a military college and, since 1995 as a public university — hundreds of people have dedicated their workdays to its colourful ornamental gardens and lush landscape.

The Dunsmuir family and successive managers of the property employed people and trained horticulturalists locally and from as far away as Japan and the U.K.

And over the years, many gardeners have tended and shaped the grounds including two father-son combinations: William and John Hutchison, from Ayrshire, Scotland from 1910 to 1913; and, for more than 33 years, one or the other of a Vancouver Island father-son duo of Arthur Blogg and Bromley Quinney.

Blogg oversaw the Royal Roads gardens from 1941 to 1954 after previously acting as caretaker and even living for a time in Hatley Castle as a security guard. Quinney was first hired in 1931 to milk cows, later succeeding his step-dad as head gardener for 20 years, from 1954 to ’74.

And for his more than four decades of dedication to the Royal Roads gardens, Joyce Blogg thinks he needs to be remembered.

Joyce Blogg, a lifelong Island resident who has lived on Hatley Drive near the university since 1976 and whose husband, George, was Quinney’s step-brother, is planning to fund a memorial bench for the man she and the family called by his given name, Bromley, and his co-workers called “Slim,” for his tall, lean stature as a young man. 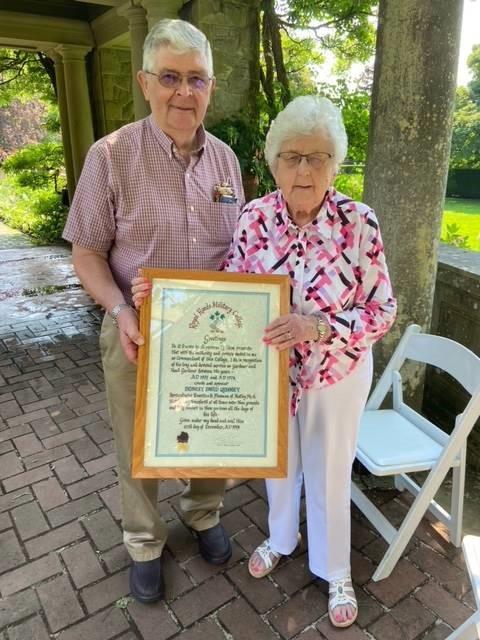 The memorial bench program is part of A Vision in Bloom, the fundraising campaign launched in spring 2021 to restore and maintain the university’s historic gardens and related facilities.

“He started there, working, in 1931, the year I was born. And he retired there in 1974,” Joyce Blogg says. “And his whole life revolved around those gardens. He just loved those gardens.

“I felt, if anyone deserved a [memorial] bench, I thought it would be him. He’d like that.”

Her late brother-in-law was, she says, a solitary man — never marrying and living with his mother until she moved to a nursing home — who enjoyed fishing from his boat in Brentwood Bay and reading, preferring history books and horticulture magazines.

Still, in retirement, the man she says “didn’t socialize much outside of going to work” would return to the peaceful Royal Roads grounds to visit his former colleagues and their flourishing handiwork.

Soon, visitors to the Royal Roads University grounds will be able to sit in those same beautiful and well-tended gardens, perhaps on the bench, memorializing their beloved caretaker Bromley ‘Slim’ Quinney.

Join us to restore garden heritage, build food production or celebrate a friend or loved one in your life.

• Bromley Quinney was previously honoured when he retired, receiving a scroll from the commandant of Royal Roads Military College that was donated to the archives, becoming part of the university’s permanent collection documenting the history of the Hatley Park Estate and Royal Road; that scroll reads: “Be it known to all persons by these presents that with the authority and powers vested in me as Commandant of the College, I do, in recognition of his long and devoted service as Gardener and Head Gardener between the years AD 1931 and AD 1974, create and appoint BROMLEY DAVID QUINNEY Horticulturalist Emeritus & Freeman of Hatley Park that he may henceforth at all times enter these grounds and take comfort in these gardens all the days of his life. Given under my hand and seal this 27th day of December, AD 1974. [Signed] Captain (N) R.C.K. Peers.”