Class of ’69 gives back in memory of Ted Bade 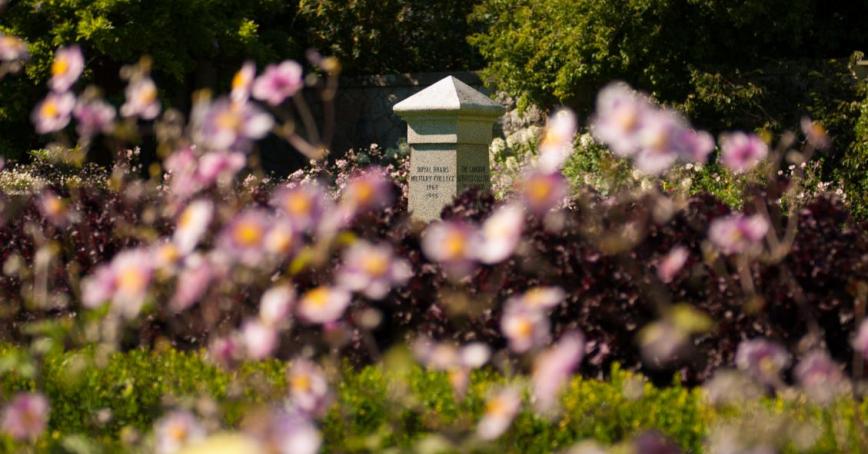 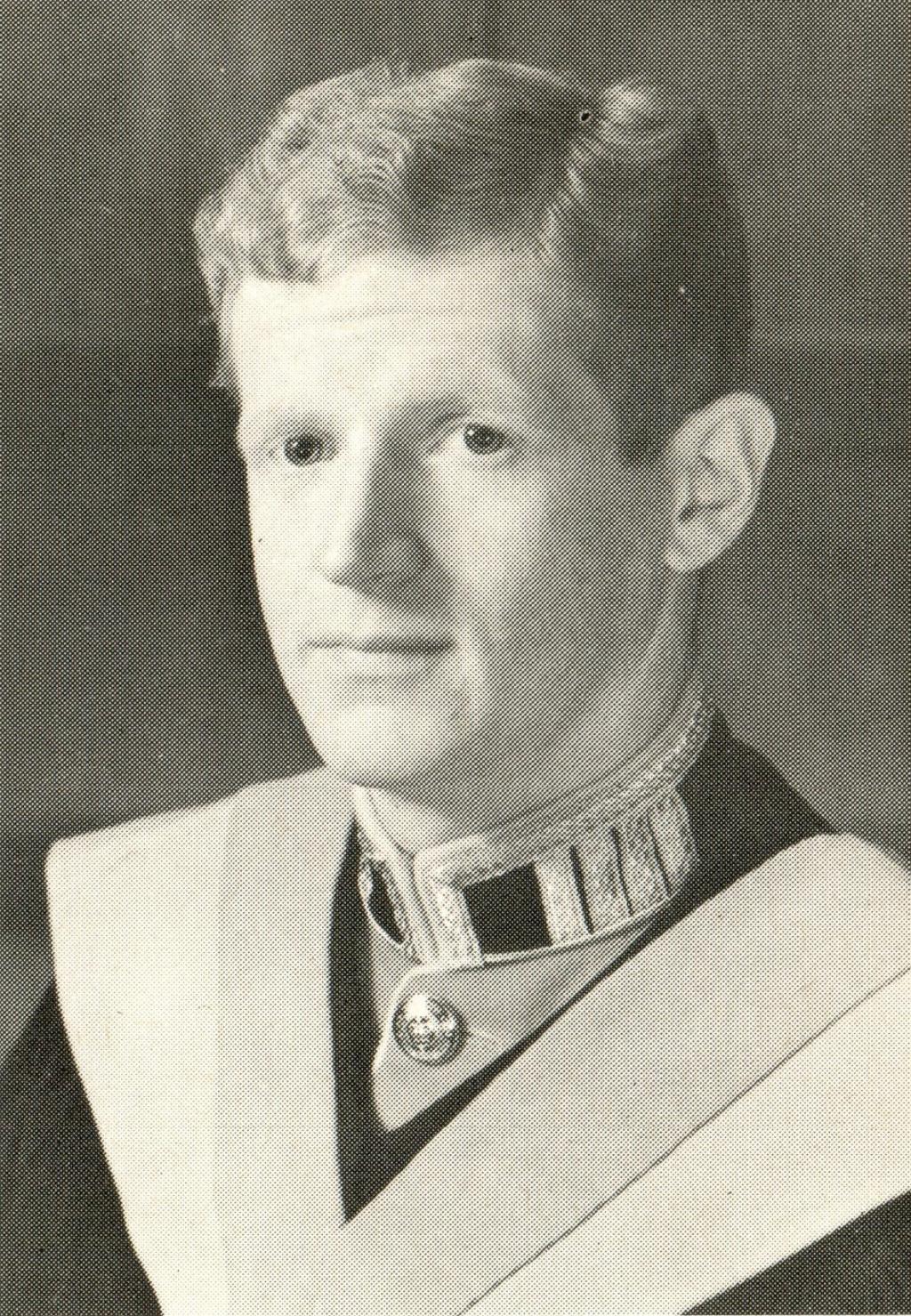 They began their decades of service to their country together in a special place.

Now, the Class of 1969 from the Royal Military College of Canada (RMCC) is looking to the past while contributing to the future of Royal Roads University.

And they’re doing it in the name of a fallen classmate and comrade.

‘He was just a wonderful human being’

“Ted [Bade] was an exceptionally nice guy. He was a big, tall, good-looking fella. Instantly bonded with everybody,” says Mike Johnson, who attended the former Royal Roads Military College in BC and RMCC in Ontario with Bade. “He had a humorous and friendly attitude. The chaps who were our seniors in first year, who were bringing us through our recruit year, he even won them over with his attitude. He was always smiling.

“He was just a wonderful human being,” Johnson says. “Everybody in our class, they thought the world of Ted.”

A member of the college’s shooting and track teams, the jovial friend to all became a pilot in the Canadian military.

And four years after graduation, while on a search-and-rescue mission in northern British Columbia, the plane he was in crashed in the mountains, taking his life and those of the rest of the crew members, including a fellow RMCC grad, Larry Schaufele, from the Class of ’68. Bade left behind a wife, Kerry Bade, and a five-month-old daughter, Nikki. He was 27.

The next year, at his graduating class’ five-year reunion, Bade’s parents presented a plaque in his memory.

Twenty years later, the RMCC Class of ’69 would do something else to honour the memory of their friend.

It was a longstanding tradition, says Jenny Seeman, RRU’s archives manager, for the military grad classes to make a gift to the college at the time of a significant anniversary. Some donated silverware from mess dinners or other memorabilia. The Class of ’42 paid for the cenotaph in RRU’s Italian garden, which commemorates all the ex-cadets killed in action.

But on the 25th anniversary of their graduation in 1994, Bade’s classmates decided to do something more: They established the Ted Bade Endowment Fund. That fund — filled by contributions by ex-cadets and managed by the Royal Military Colleges of Canada Foundation Inc., a registered charity — annually handed out bursaries to students in need. The bursaries were earmarked for students who’d failed a course and were forced to repeat an entire year at their own expense, something that happened to both Johnson and Bade.

A change in policy several years ago, however, meant such students were off the hook for tuition, and that meant endowment money was going unspent.

A change of purpose

“We found ourselves with this pot of money that had not been pushed out to our purpose because our purpose was no longer valid,” explains Johnson, who had a 30-year career in the Canadian Armed Forces, including stints at the senior management level, before retiring and going into consulting.

Once he and other ex-cadets heard about RRU’s A Vision in Bloom fundraising campaign, however, they’d found a new purpose. The Class of ’69 formed a committee to rewrite the endowment fund’s criteria and contacted everyone who had ever donated to the fund to get their approval for the change — it was unanimous, Johnson says.

The Ted Bade Endowment Fund has since given gifts of $25,000 each to the RMCC in Kingston, Ont. and Le Collège militaire royal de Saint-Jean in Saint-Jean-sur-Richelieu, Que. It contributed the same amount to Royal Roads for A Vision in Bloom — the fundraising campaign launched recently to restore and maintain the university’s historic gardens and related facilities — because the university and its lush, historic grounds are special to those who began their military careers there.

“It’s got to be the most beautiful university campus in Canada for sure,” Johnson says. “It’s such a tranquil and peaceful place — even though you were being run ragged in your training.”

One of them is Nikki Bade.

'This is the place I belonged'

Nikki Bade and her mother were living in Nova Scotia, where her dad was stationed, when he died. Soon after, they moved west to Calgary, and she has lived there ever since. She earned two undergraduate degrees at the University of Calgary: a Bachelor of Fine Arts specializing in drama and a Bachelor of Arts in International Relations. Then, in 2013, in the middle of a long career in human resources, she started her first post-grad degree in RRU’s Master of Arts in Leadership program. (She’s now studying for her Doctor of Social Sciences at Royal Roads.)

“My first day on the ground at Royal Roads, I knew this is the place I belonged,” she says.

“Initially, it was super emotional for me. When you lose a parent before you have an opportunity to know them, you spend the rest of your life trying to find that connection to them. So that’s how [Royal Roads] really felt for me. It feels like a connection. It’s intensely personal for me and I just love it.”

Nikki says while she has long been aware of the endowment fund in her father’s name, she’s deeply touched that his graduating class would remember him with its recent donation to RRU.

“There’s two places in this world that he has left his mark on, and that’s the RMCC campus in Kingston and, now, in a more meaningful way, the campus at Royal Roads,” she says.

“I think it’s really important that he’s there. I just love that his legacy is supporting an institution like Royal Roads.”

A challenge to other classes

If the RMCC Class of ’69 has its way, Ted Bade’s legacy will continue to contribute both to RRU’s future and to the way the university commemorates its past.

Johnson says the grad class is aiming to fund a memorial plaque that will complement the cenotaph and contain the names of all ex-cadets who died during service after 1942.

He also hopes that other military classes will use their own fundraising and endowments to contribute to the schools where everything began.

Join us to celebrate a friend or loved one in your life.

Some context for this article: At the time Ted Bade, Mike Johnson and their classmates were doing their military education and training, it was common practice for some cadets to spend their first two years at Royal Roads Military College, then transfer to the Royal Military College of Canada in Kingston, Ont. for their final two years and graduation, because only the latter school could grant degrees. Thus, members of the Class of 1969 referred to above started at Royal Roads and finished at RMCC