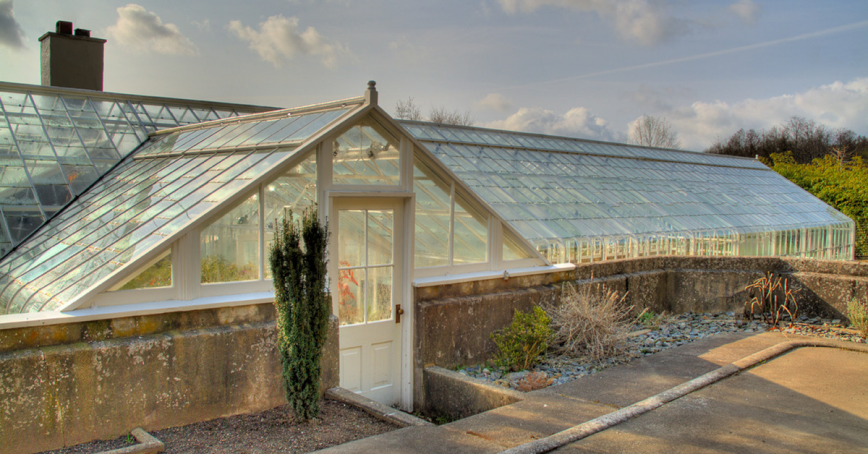 Pieces of it are fragile, yet it has stood for more than a century. It is both a vital link to the past and an active and integral part of the present. And if it is to have a future, the “glass house” at Royal Roads University needs a little help.

A historic steel, wood and glass greenhouse that sits in the walled kitchen garden adjacent to iconic Hatley Castle, the glass house is at the heart of the vision to unite the past, present and future as Royal Roads reimagines its stunning grounds and gardens.

The university has plans to upgrade the structure — built around 1914 by the American company Lord and Burnham (L&B) Greenhouses — as part of A Vision in Bloom, a fundraising campaign to restore and maintain the university’s historic gardens and related facilities.

“The glass house is the only building on campus still used for its original purpose, which is starting, growing and maintaining food and flowers,” says RRU president and vice-chancellor Philip Steenkamp, “and that means it will continue to play an important role as we expand food production on site for hands-on learning and research, and for our Giving Garden.

“It’s inspiring to see it used every day by our talented and dedicated gardening staff just as it was in the early 1900s by the Dunsmuirs and their staff,” he says. 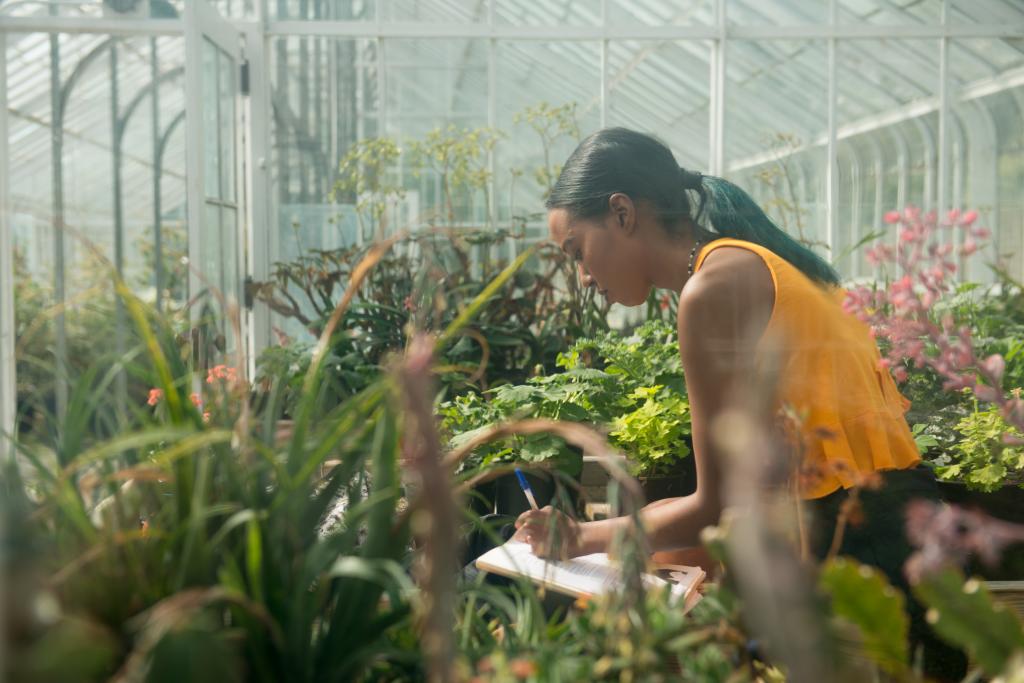 A “working greenhouse” for food and flowers

“The glass house is a working greenhouse,” says Jeff Wright, the university’s supervisor of gardens and grounds.

“Plants really grow well in there, they really love those conditions,” he says, listing just some of the work gardeners do inside:

Wright is confident that it will always remain a working greenhouse, but he knows the structure needs work. The wood and steel in the frame have been subject to the ravages of time and weather, as has the cast iron that was used in places.

While he says, “The saving grace is that it is so well built. They used the best materials,” he says. Even though it is well-built, urgent work is needed to preserve its heritage and structural integrity.

“If it can be a showcase for blending modern and old horticultural technique and showing that the glass house is just as relevant now as it was in years gone by, I think that would be very exciting,” Wright says.

Still, the wonder of today’s RRU gardeners working in such a historic spot is not lost on him.

“There’s a level of romance there; you’d have to be blind not to see it or feel it. It’s truly one of my favourite spots on campus, whether it’s first thing in the morning or late in the day.  I love feeling like I’m in history.” 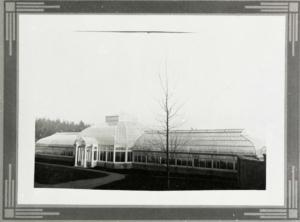 Prolonging the life of a 108-year-old structure

“There’s something very personal about the buildings at Royal Roads that connects you to the people who were there before,” says Jenny Seeman, the university’s archives manager, adding about the glass house: “It’s worth preserving because it’s such a rare example.”

The greenhouse was constructed in 1914 with steel frames supplied by Lord and Burnham, then located in Philadelphia. Glazing bars were made from swamp cypress and glass imported from France.

Over the past 108 years, changes and adaptations have been made. The glass house was renovated in 2006 and, more recently, the university engaged consultants to come up with two plans for the structure: one to ensure it remains safe and stable; the other to rebuild it and prolong its life. The former work was done but the latter project carries a potential cost upward of half a million dollars.

“The Lord & Burnham Company was formed in 1872 by Frederick Lord and his son-in-law Addison Burnham,” according to the library of the New York Botanical Garden. “Over the next century, the company grew to be the premier and most prolific glasshouse manufacturer in North America.”

The company that built the Dunsmuirs’ glass house also erected the first steel-framed greenhouses in the US and built the Conservatory of Flowers in San Francisco’s Golden Gate Park and the Phipps Conservatory in Pittsburgh. The company dissolved in 1987 but pieces of it survive to this day, including Lord and Burnham, headquartered in Madison, in northeastern Ohio not far from Lake Erie’s southern shore.

Although he has been with L&B for just four years, operations manager Shane McKee is well aware of its history and acutely familiar with the challenges facing those looking to restore 100-year-old greenhouses.

For instance, McKee says flat panes of glass are easy to replace, the ones with a radius — roof pieces that have been curved or bent — are somewhat tougher to find, although his company keeps some in stock. As well, he knows of “Lord and Burnham graveyards” around the continent where aficionados collect different parts and pieces of hardware — gutters, gears, vents and more.

It’s important to be precise, he says, because “if you have a 140-year-old piece of wood, there’s not a lot of room for error.”

“It’s interesting going through the process with each customer,” McKee says, noting that restoring century-old greenhouses can carry a hefty price tag.

“I think that it’s interesting to see, and I like seeing that there are people out there who still want to rehab stuff like this and they want to bring it back to its original glory,” he says.

“It’s great to see that stuff isn’t just getting thrown out in the trash because there’s something newer out when you can have something that’s an original and that’s part of history.”