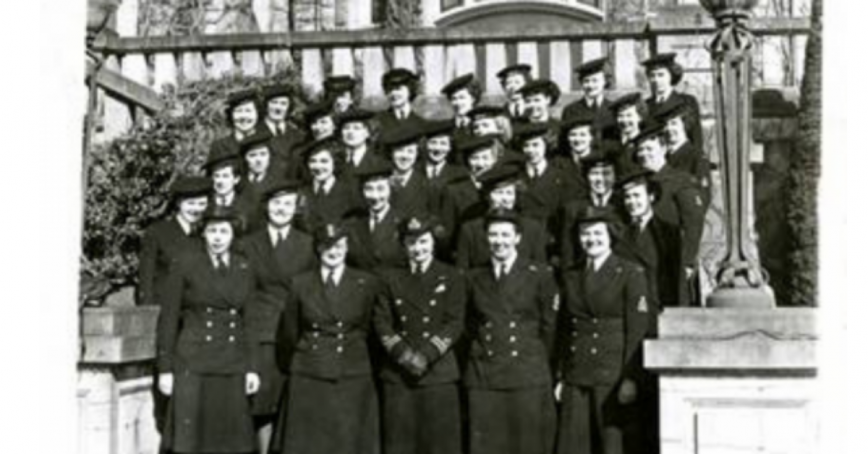 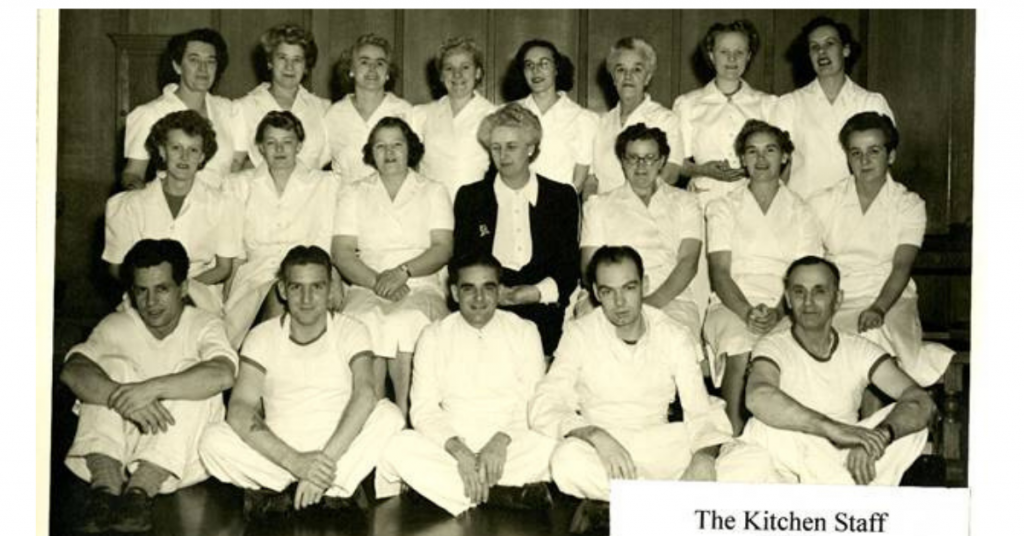 It was a pivotal time during World War II when women were called to enlist in Canada’s military. Canadian women were called in to support war efforts, in roles traditionally held by men, and Eileen Maurice was one of over 7,000 brave women who enlisted.

Eileen Maurice (pictured above, bottom row, second to right) was a cook between 1943 and 1946 when the Women’s Royal Canadian Naval Service (WRCNS or “Wrens”) served at Royal Roads Military College.

Eileen’s nephew, Claude Maurice, says he was only six years old when he and his sister Grace, then four, visited their aunt at Hatley Castle. Although he admits his memory of the visit is foggy, he does remember climbing up a wonderful set of stairs in the castle with her.  “Our Aunt Eileen worked at Royal Roads at a critical time and valued every aspect of the experience. She was an exceptionally kind, generous and modest person; to us, a bit of a St. Francis figure.”

Her service is being honoured through a bench, dedicated in her name, being placed in the Royal Roads garden. Claude and Grace were inspired to honour their aunt with the bench because her service during the war is an important event in their family’s history.

“The cadet yearbook, The Log, from 1944 states: ‘Their cheerfulness and efficiency added much to college life.’ It wasn’t just through good food and competent administrative work – the WRCNS also took over public announcements like the morning wakey-wakey call. Cadets reported it was better to have a woman’s voice counting them through their daily calisthenics routines than a gruff PT instructor barking at them.”

Seeman says records suggest there may have been around 50 WRCNS on campus working in the roles of quartermaster, cooks, wardroom attendants and writers. The archival records showing the impact the WRCNS made at the college, were shared with Eileen’s family, who say learning more about their aunt’s time at Royal Roads was a bonus.

After reading and “learning, from your archives, we greatly appreciate the Wrens data. Specifically, regarding Eileen’s service, and especially the photos,” says Claude, who adds, “that was more than we’d have dared hope.”

Eileen Maurice’s commemorative bench will be installed on campus as part of Royal Roads’ A Vision in Bloom campaign, raising funds to revitalize the beauty of Royal Roads gardens and buildings. The WRCNS are also honored elsewhere in the garden – a red rose bush, the “Rosa Navy Lady” which can be found on your right side as you enter the Rose Garden.