Climate and sustainability Gardens and grounds 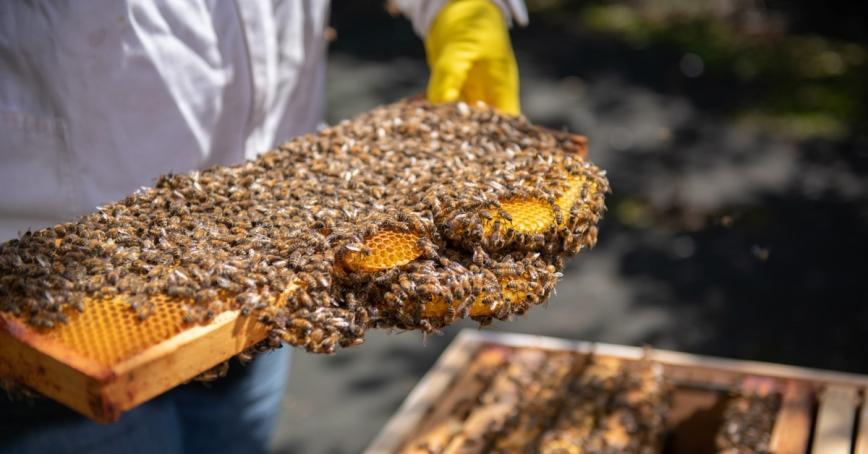 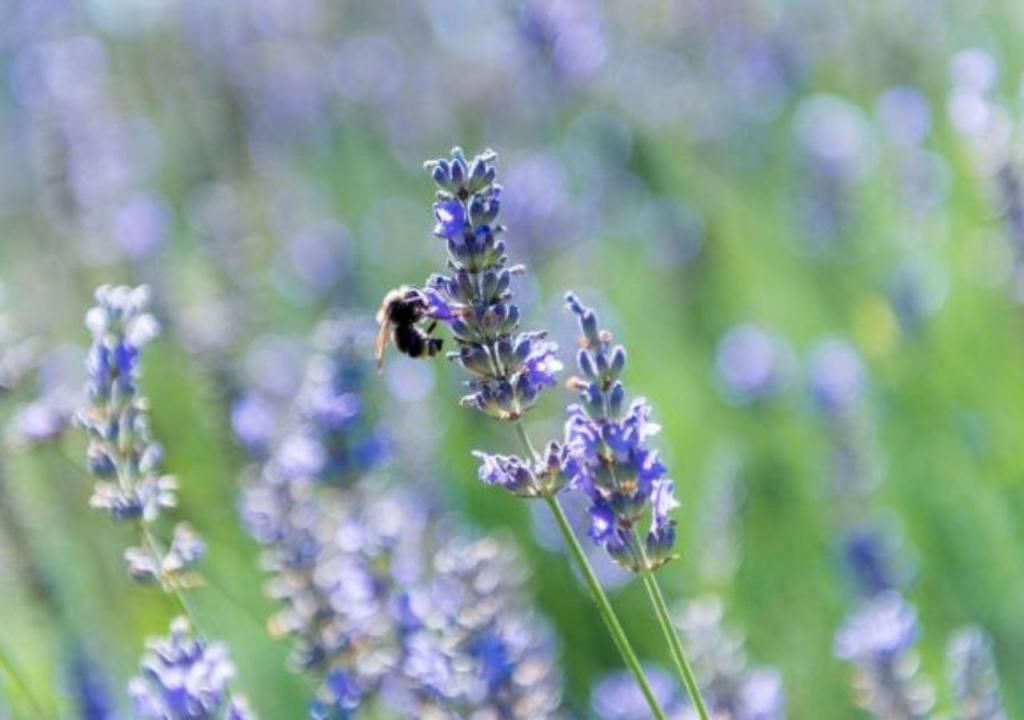 They are small but they are powerful, and on a campus where there is a castle made of stone and a forest boasting hundreds of massive, towering old-growth trees, their influence may be felt far beyond the tiny space they take up.

The honey bees in the two-year-old apiary at Royal Roads University — some 80,000 of them at peak season in June — call a pair of hives home. The two boxes sit surrounded by high fences in the decommissioned tennis courts, next to the rose garden and the lush, peaceful Japanese garden, and close to a seven-acre walled plot that will be restored to a kitchen garden as part of the university’s Vision in Bloom fundraising campaign.

An expansion of the apiary, from two hives to four, is also part of that campaign, and while that may seem like a small thing, for Royal Roads’ president and vice-chancellor, it’s both a symbolic and practical expression of the university’s commitment to regenerative sustainability.

“A Vision in Bloom is more than just a campaign for garden restoration, says Phillip Steenkamp. It is really about us looking at our ecosystem in general and thinking about how we best support that ecosystem.”.

“Bees are part of any ecosystem. Bees are absolutely critical,” he says. “Without bees, we will not be here because they play that critical role as pollinators. And in some ways, they are a litmus test for ecological health.”

The planned apiary expansion, then, is part of enhancing the natural environment on the RRU campus and within its region, with the bees pollinating fruits and vegetables within the food garden as well as flowers and other plants throughout the campus — and maybe beyond, because bees are known to travel up to about 3 km from the hive on their pollination rounds.

“This bee project might seem like something small, but it’s actually critical to that whole approach to regenerative sustainability,” Steenkamp says.

It’s also critical that the university create an optimum environment in which bees can thrive. Steenkamp, crediting RRU’s gardeners, says doing so includes following organic gardening practices, planting flowers and other plants that attract and support bees — as well as other pollinators, such as butterflies and hummingbirds — and using bee-friendly products, including for pest management and fertilization.

But beyond what the bees can do for Royal Roads and what the university can do for them, the little creatures play an additional and, appropriately, educational role, not the least of which is raising awareness of their own importance to ecosystem and general environmental health.

Steenkamp, who calls the university “a living laboratory,” says students in RRU’s School of Environment and Sustainability take a keen interest in the bees, as do school children who visit the campus to learn about environmental science. The expanded apiary will be a key part of that laboratory, he says.

As Carolyn Levesque, RRU’s associate vice-president, operations and resilience, points out, it was students who started the project. About four or five years ago, a group of them from the School of Environment and Sustainability conducted a study on bees and beekeeping, and from that study came the idea to pilot an apiary project on campus. That two-hive pilot, which began in June 2019 and was recently extended, includes interpretive signage so visitors can watch and learn from a safe distance.

Safety is the key reason the old tennis courts were chosen, says Levesque: They’re open enough for visitors to observe the bees while the bees are protected.

As for the expansion, she notes a balance will need to be struck between providing appropriate space for honey bees, which are not a native species, and bumble bees and mason bees, which are.

RRU beekeeper Alanna Morbin agrees, saying she would like the expansion to also include safe, clean habitat for those native species, such as bumble bee boxes and mason bee “condos.” And she notes each is attracted to and pollinates different plants.

“I think it’s a lovely addition to that wild and landscaped relationship that the university has with the land,” says Morbin, whose day job is as a federal environmental officer working at the Esquimalt graving dock. “I think that expanding it is going to be important.”

It will be especially important to broaden public understanding of the different bee species and the roles they play in an area’s environmental health, she says.

And the bonus: honey.

Steenkamp says Royal Roads has a long way to go before it might be able to package its own “Hatley Park Honey” but he is still enjoying the first pot of the product he was given last year from the campus hives.

“It is fantastic,” he says, “and it’s so neat to know it’s from pollen right around us here.”

Join us to restore garden heritage, build food production or celebrate a friend or loved one in your life.