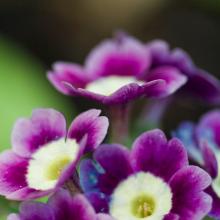 Josh Morin is an Emergency Management professional who lives and works in the Sturgeon Region of Northern Alberta, where he is responsible for advancing the emergency preparedness initiatives of a partnership of six rural municipalities. He has worked as an Emergency Manager in municipal and healthcare settings and began his working life as an Infantry Soldier in the Canadian Armed Forces.

Josh believes that nuanced cultural factors exert significant influence over the behaviours of people in crisis, and that human resilience is often affected by ingrained rituals, conventions and norms. His research focus is on the role of tribalistic subcultures among emergency responders and how their devotion to duty or beliefs around their role in society can impact operational decisions and personal well being. Josh holds a Masters Degree in Disaster and Emergency Management from Royal Roads University (2016) as well as professional qualifications in business continuity management and various incident management competencies.