The Horgan legacy: We recognized ourselves in him 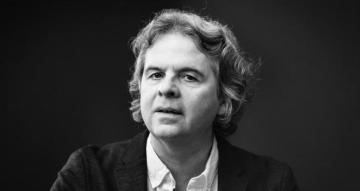 No matter whether you voted for his party or liked his government's policies, you could recognize yourself in John Horgan. He is a person with a humble origin story who came to his party's leadership reluctantly and then, after the high drama of the 2017 election, found himself in a position of extraordinary responsibility. Being manifestly ordinary and relatable despite his eight years as NDP leader and five as premier was not just his charm but, as his resignation speech on June 28 illustrated, also the embodiment of his theory of government.

In that speech, his decision prompted by a second cancer diagnosis that had left him visibly transformed and introspective about the demands of the premier's role, Horgan spoke to the importance of cabinet government and why leader-focused politics was not for him. His message is one much needed as Canada's Westminster-style parliamentary democracy faces some unique challenges.

Inside, the executive function has become ever more presidential, with power concentrated in the PMO and premiers' offices, and party organizations and political media alike treating elected leaders as celebrities. Cabinets are consequently demoted, with ministers made to resemble order-takers rather than political actors with a measure of autonomy. A Lincoln-like “team of rivals” most Canadian cabinets are not.

Outside, the new conservative populism rages at a political class that can seem out of touch, a perception given credibility by this accumulation of power at the centre. MPs and MLAs with the confidence and agency to voice and act on constituents' concerns are in a better position to preempt the development of populism, dependent as it is on arguments that popular sovereignty has been betrayed by elites.

First, he's shown that you can be popular without taking up populism. Popularity here means not just being likable – while a welcome trait, it's not necessary in a successful leader, as Stephen Harper proved. Rather, it's the old-fashioned virtue of being someone the public genuinely believes has their interests at heart and can listen to and learn from them. Populism is a caricature of such popularity, with leaders often performative rather than genuine in showing their fealty to the public.

Second, Horgan, a career civil servant and political staffer before his 2005 election to his West Shore riding, exemplified the good that government can do at a time when, across Western democracies, there is cynicism about small-l liberal institutions and values. As premier during the pandemic, Horgan's faith in government's capacity to accomplish things no other societal institution can do was put to the test. Given the province's superior public health results relative to many of its provincial peers, our government passed the test.

Third, and specific to the NDP's fortunes going forward, Horgan lent his moderation to the centre-left formula that helped earn the NDP a party-record 48 per cent popular vote share in the snap election of 2020. Given that British Columbia's political compass has historically swung to free enterprise parties 80 per cent of the time in post-war era elections, the magnitude of that majority victory and surprising NDP gains in reliable BC Liberal seats in the Lower Mainland may speak to structural changes in voting references that redraw our political geography.

The NDP's leadership contest, to be decided this fall, now has to favour Attorney-General David Eby in view of leading would-be contender Jobs Minister Ravi Kahlon's decision to endorse Eby while not running himself. But the BC Liberals, soon to re-brand under a new name more suitable to the bigger tent they want to pitch to better accommodate their coalition of centrist Liberals and right-leaning Conservatives, have in Kevin Falcon their own highly capable leader.

Falcon comes from the right of the party, with a string of senior ministerial appointments under premiers Gordon Campbell and Christy Clark before he left politics for the private sector in 2013. Falcon's reputation as a passionate defender of fiscal conservatism and market-based policy should make the next two years until a likely October 2024 election lively and idea-driven in the best tradition of the province's spirited politics.

That said, the current government has some difficult and ill-starred decisions behind it – Site C, the Royal BC Museum – and stubborn and complex problems ahead, such as the doctor shortage, housing affordability, the opioid crisis and money laundering. The end of the pandemic will also mean that voters will not be so readily looking to government as that friend who has your back. The North and the Interior remain a BC Liberal stronghold, and the NDP struggles to find a message for rural voters and BC Green Party supporters.

But whatever happens, John Horgan's life in politics is a lesson for anyone who cares about parliamentary democracy in Canada, regardless of party affiliation. A measure of democracy should be welcome inside cabinet and caucus too. The Westminster system's processes and customs matter as much as the leaders or other elected representatives who put them to work. And, as an occasionally ill-tempered Horgan might agree, cults of personality have no place when it's fallible human beings who tread the corridors of power.