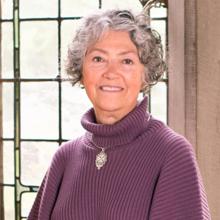 Denise Savoie is a passionate and committed citizen, serving her local and national community throughout a 13-year political career. She is a respected communicator who is known for her ability to provide and facilitate constructive communication across political parties on important issues, particularly in regards to sustainability and social justice.

Savoie served in elected office from 1999 to 2012, first as a Victoria city councillor and Capital Regional District director from 1999 to 2005 and then as elected member of parliament from 2006 to 2012. Prior to her roles in public office, Savoie was an active volunteer in her community.

During her time as city councillor and Capital Regional District director, she spearheaded the development of the Galloping Goose Trail as an alternate transportation route through the region. Designated a park corridor, the popular trail connects urban, rural and semi-wilderness landscapes for pedestrians and cyclists. She also helped establish a regional housing trust in Greater Victoria and championed a cleanup of the Inner Harbour. Savoie is the 2005 recipient of the Eco-Councillor Award, from the Canadian Institute for Business and the Environment, and a Community Service Award from the Canadian Society for Landscape Architects.

As a representative for the NDP, Savoie was elected as member of Parliament for Victoria in 2006, the first woman to hold this riding. She was re-elected in 2008 and 2011. While in office she supported initiatives to bring light rapid transit to Greater Victoria, as well as increased access to affordable housing for seniors. She introduced legislation that reflected the values and priorities of her constituency, including calls to create a national childcare program and ban tankers from sensitive coastal waters.

She was named deputy chair of the Committees of the Whole, and she also served as deputy speaker of the House from 2011 to 2012. Savoie lives in Victoria. She has three children and six grandchildren.

Denise Savoie is not afraid to take a stand on important issues. Such action defined her political career; however, it was her steadfast commitment to respectful dialogue that earned her the respect of allies and political opponents alike.

Denise served in elected office for 13 years, first as a Victoria city councillor and Capital Regional District director and then as elected member of parliament where she served until 2012.

Born in St. Boniface, Manitoba, Denise is a teacher by profession. Her postings included time as a French teacher at Royal Roads Military College, the predecessor of Royal Roads University. Prior to entering politics she was an active volunteer with community associations and environmental groups. It was that desire to improve her community that brought her to elected office.

Her time as councillor and Capital Regional District director was marked by her leadership in taking principled stands on tough and sometimes unpopular issues. She is well known for her commitment to social justice and sustainability, as evidenced in many of her projects. She helped establish a regional housing trust in Greater Victoria and spearheaded the development of the Galloping Goose Trail.

Denise went to Ottawa to make a difference; to promote great civility in debate and greater accountability for actions. She earned the respect of her colleagues who elected her as Deputy Speaker of the House. Her balanced approach and commitment to public service sets an example for others to set aside partisan politics to work constructively for Canadians.

While serving as an MP, Denise was a consistent and responsive voice for her community, advocating for public engagement and the development of a sustainable economy. In particular, she made a point of encouraging other women to get involved with politics. She supported increasing access to affordable housing for seniors, creating a national childcare program and banning tankers from sensitive coastal waters.

For her service to our community and for her passion and commitment to the public good, Royal Roads University is proud to present Denise Savoie for the Chancellor’s Community Recognition Award.