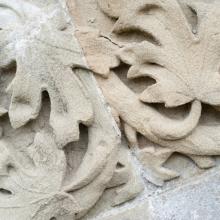 A visionary business leader, Courtney Pratt is admired for his leadership, commitment to active corporate citizenship and community involvement. Born in Montreal in 1947, he started his professional life as a teacher at Lower Canada College. In 1970 he was made Secretary General and Director of Human Resources for Dawson College in Montreal. But it was in 1975 when he joined Touche, Ross and Partners (Deloitte and Touche) as a management consult that Pratt’s rise as a business titan really began. In 1984 he became senior vice president of Royal Trustco. Three years later he joined Noranda Inc. He was made senior vice president Human Resources and Strategic Planning and became executive vice president in 1993 and president in 1995. Under his leadership Noranda became one of the world’s leading natural resources company committed to good corporate citizenship and an international reputation for sustainable practices. Pratt is known today for his philanthropic work.