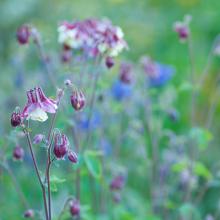 As a police and security executive with 26+ years of experience with the Canadian Forces/Department of National Defence, John has worked in Canada and abroad in low to high-threat environments; including both command and staff positions with the United Nations and NATO. Notably, during 2008 he was NATO's senior police advisor in the southern region of Afghanistan and was specifically focused in supporting police sector reform initiatives. As both a currently serving Canadian Forces Military Police officer and an active member of the Canadian Association of Chief's of Police, John believes that there is an opportunity to study the (civilian) police - military dialogue to improve the quality of police sector reform initiatives in fragile and failed states. When he’s not working and being so high-minded, John can be found hanging out with his young son building Lego and being massacred on the Wii.