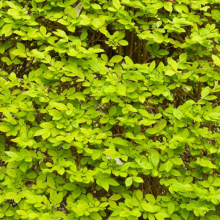 Esther de Vos is passionate about working with vulnerable populations. She is pursuing her Doctor of Social Sciences to strengthen her knowledge and understanding of affordable housing, particularly the public policy implications of how affordable housing is approached in Canada. Currently, she is the Director of Policy, Research and Strategic Initiatives at Capital Region Housing in Edmonton. She enjoys working within the policy networks that support vulnerable populations and has been working with vulnerable populations in one capacity or another throughout her career. Esther moved into the housing sector after 10 years of working in the justice system in a variety of positions. After completing a Bachelor of Arts and a Bachelor of Laws from the University of Alberta, Esther practiced law for a couple of years with Legal Aid Alberta. Recognizing that policy was a better fit, she moved into policy focused positions within the Maintenance Enforcement Program with Alberta Justice until she was appointed its Executive Director. Following that role, she led the corporate Policy and Planning team for Alberta Justice and Solicitor General. While working with Alberta Justice, Esther completed her Master of Public Administration through the University of Victoria. Outside of work, she enjoys walking her dogs, cooking, a wide variety of physical activities and spending time at her favourite coffee haunt.