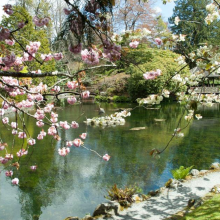 Chelsea Braybrook is a Rifle Company Commander with the First Battalion of the Princess Patricia’s Canadian Light Infantry. She recently completed a deployment serving with the first NATO mission in Latvia (2017/2018), part of Canada’s contribution to the allied enhanced Forward Presence (eFP). Braybrook believes the Canadian Army represents Canadian interests at home and abroad and she is committed to leading today’s soldiers and training tomorrow’s leaders. Braybrook has served operational and institutional military units and schools for the last 11 years. She was deployed in Regional Command South Headquarters in Afghanistan (Kandahar, 2007/2008); as part of the military security detail for the Vancouver Olympics (2010); and on domestic disaster response deployments (floods in 2011 and forest fires in 2015). She has contributed to several military research projects; her interests include materials and manufacturing technologies, military equipment upgrading, war studies and officer leadership and professional development. Braybrook holds a Master of Applied Science and Chemical Engineering (2006) and a Bachelor of Chemical Engineering (2004) from the Royal Military College of Canada. She will begin the Joint Command and Staff Program, which trains selected senior officers for command and staff appointments, in the fall of 2018.