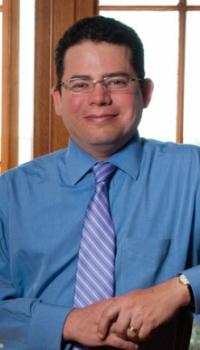 Dr. Pedro Márquez is Royal Roads University's Vice-President Research and International, and was appointed to the executive level in 2015. Prior to his current appointment, Márquez held the position of Dean of the Faculty Management since joining Royal Roads in 2007. He is a professor of strategic management and international business, with a special emphasis on business ethics and small- to medium-sized enterprises. He has co-authored book chapters and journal articles on the North America Free Trade Agreement, focusing on ideas around founder centrality, comparative attitudes towards business ethical dilemmas and teaching entrepreneurship. His research is focused on corporate accountability, Latin American politics and business, Mexico’s business environment and NAFTA.

Prior to joining Royal Roads, Márquez was the dean and department head at the Tecnológico de Monterrey at Mexico City business school. He also managed a custom-designed executive education program for CEMEX, one of North America’s largest cement producers founded in Mexico, delivered upon a partnership between Tecnológico de Monterrey, Stanford University and INSEAD.

Márquez earned the equivalent of a Bachelor of Commerce degree from Instituto Tecnológico Autónomo de Mexico (ITAM) in Mexico City. He also holds a Master of Arts in Political Science (Comparative Politics) and a PhD in Management and Political Science from the University of Calgary.